BREAKING: SCOTUS Reins in the Power of the EPA 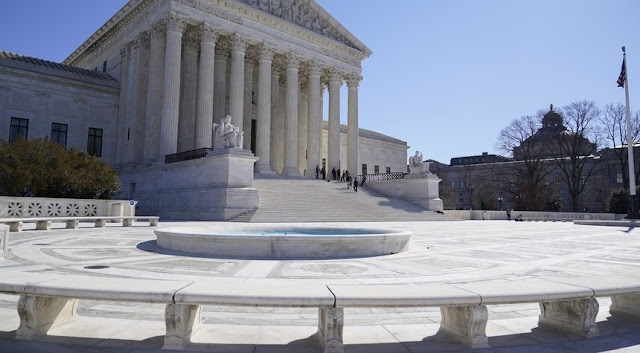 On Thursday the Supreme Court handed down a ruling that will significantly curtail the power of executive agencies to control entire sectors of the economy through promulgating rules.

While some commentators view this decision narrowly as a determination of the Environmental Protection Agency’s (EPA) ability to promulgate regulations to address climate change, in practice, it sets a precedent that will limit the ability of all executive agencies to make regulations that shift entire industries without specific congressional authority to do so.

According to legal expert Jonathan Turley, “it will be much more difficult for President Biden to order sweeping environmental changes without congressional approval” in the wake of this decision.

The case, West Virginia v. Environmental Protection Agency, originated during the Obama administration. It challenged the EPA’s Clean Power Plan, a set of regulations that required all energy producers to transition coal-fired power plants to natural gas. The Obama EPA relied on its powers under the Clean Air Act to make the mandate.

A group of states led by West Virginia and coal industry associations sought a stay on the Clean Power Plan in 2015. The plaintiffs argued the plan exceeded the EPA’s mandate under the Clean Air Act and violated states’ rights to regulate electrical power. The D.C. Circuit Court of Appeals denied the plaintiffs a stay in January 2016. When the plaintiffs appealed the issue to the Supreme Court, the justices issued the stay, pending the outcome of all litigation.

This stay on implementing regulations was the first granted by SCOTUS before a review by the federal court of appeals. Many SCOTUS watchers felt this ruling signaled that the court might be interested in rolling back Chevron deference or narrowing the power of executive agencies through the major rules doctrine.

Chevron deference is SCOTUS’s legal test to determine when the court should defer to an executive agency’s answer or interpretation of the law when authoring regulation. This deference was appropriate when the agency’s response was reasonable and Congress had not spoken directly to the precise issue in question. Applying the major rules doctrine would require Congress to speak on substantive issues through legislation before an administrative agency could act. The current court used this reasoning twice during COVID, ending the CDC’s eviction moratorium and preventing Biden’s vaccine mandate for private employers.

Other commenters thought it was a sign the court would be willing to prevent agency overreach until litigation settled all legal questions. Regulations can do significant damage while parties argue a case when an administration begs for forgiveness in the courts after knowingly sidestepping Congress. The Obama administration lost more lawsuits with a 9-0 majority at the Supreme Court than any modern president.

The issues in the case remained unresolved when President Trump took office in January of 2017. As part of easing regulations on the energy industry, Trump’s EPA repealed the Clean Power Plan and implemented the Affordable Clean Energy rule. The new rule required coal-fired plants to upgrade their equipment to burn coal more efficiently. On the evening of January 20, 2021, the D.C. Court of Appeals struck down the Trump EPA regulation. It said the EPA’s revocation of the Obama plan was invalid based on a misinterpretation of the Clean Air Act. Joe Biden was inaugurated the next day.

Instead of quickly implementing the Obama-era regulation, Biden’s EPA decided to try its hand at writing a new rule. The plaintiffs weren’t waiting to resolve the issue. West Virginia v. Environmental Protection Agency asked SCOTUS to overturn the D.C. Circuit’s ruling on the Trump-era plan. Specifically, it urged SCOTUS to review whether a regulation that is so substantial it affects an entire industry violates the major questions doctrine. It also asked the court to rule on provisions of the Clean Air that may violate the nondelegation clause of the Constitution.

In the decision, the majority found the court had the jurisdiction to decide the case without a new rule from the Biden administration. The plaintiffs’ claim asked SCOTUS to issue what some, including Justice Elena Kagan in the dissent, see as an advisory ruling. The court made an advisory opinion when it ruled in favor of the plaintiffs seeking an injunction against New York’s gathering limits on religious services. When SCOTUS issued the decision, the restrictions no longer applied to the religious organizations that filed the suit. SCOTUS took a similar advisory approach here.

Capping carbon dioxide emissions at a level that will force a nationwide transition away from the use of coal to generate electricity may be a sensible “solution to the crisis of the day.” New York v. United States, 505 U. S. 144, 187 (1992). But it is not plausible that Congress gave EPA the authority to adopt on its own such a regulatory scheme in Section 111(d). A decision of such magnitude and consequence rests with Congress itself, or an agency acting pursuant to a clear delegation from that representative body. The judgment of the Court of Appeals for the District of Columbia Circuit is reversed, and the cases are remanded for further proceedings consistent with this opinion.

This wording appears to be a significant blow to the Chevron deference and a nod to the major questions doctrine. It will impact cases that allege executive overreach and may be the first of many steps the court will take to make the legislative branch of government do its job.

BREAKING: SCOTUS Reins in the Power of the EPA – PJ Media