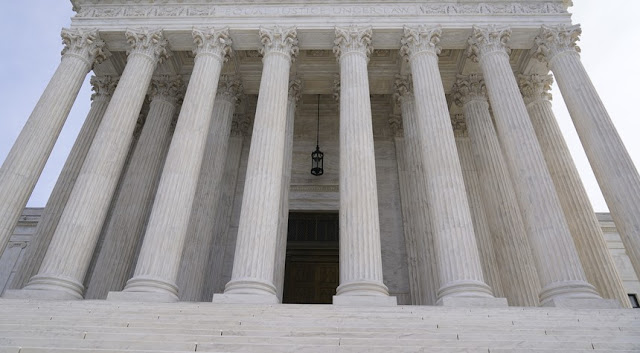 On Friday, the Supreme Court handed down its decision in the much anticipated Dobbs v. Jackson Women’s Health Organization case, overturning the pro-abortion precedent set by Rose v. Wade and Casey.

He was joined in the majority opinion by Justices Thomas, Gorsuch, Kavanaugh, and Barrett. Justice Roberts filed a separate opinion concurring with the majority.

“With sorrow—for this Court, but more, for the many millions of American women who have today lost a fundamental constitutional protection—we dissent,” wrote Justices Breyer, Sotomayor, and Kagan in a joint dissent.

The issue of abortion will now be returned to the individual states to regulate as each sees fit. Dark blue states are expected to impose the most radical pro-abortion policies while dark red states may ban all abortion. Many states may choose to allow abortion only under certain circumstances.

The Dobbs case concerns a Mississippi law that makes abortion illegal after the first 15 weeks of pregnancy. SCOTUS heard arguments in November 2021. The Court’s decision was originally expected to be handed down in June, but in an unprecedented act of subversion, someone leaked an early draft of the majority opinion. Politico published the leaked draft on May 2, causing uproar among abortion supporters.

Only a third or so (34%) of Americans support abortion in the second trimester, and only 19% think it’s okay in the third trimester. Nonetheless, some states, such as Oregon, New York, New Jersey, California, and others, allow abortion up until birth, and over half of U.S. states permit the procedure well after a baby is viable. Roe v. Wade forced the entire country to permit abortion of pre-viable babies and freed individual states to permit the act throughout pregnancy.