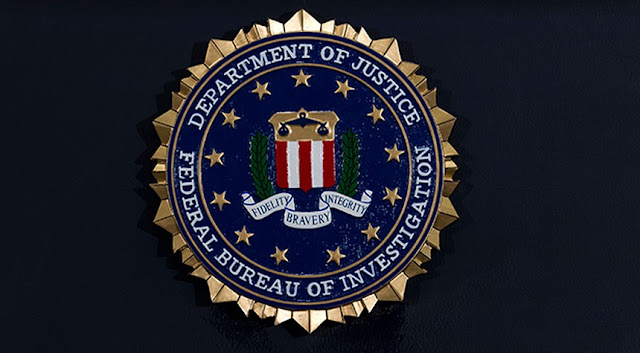 Ryan Kelley, one of the few remaining Republican gubernatorial candidates for Michigan, was arrested by the FBI for participating in the January 6 protest.

- The FBI received several tips regarding Kelley participating in the January 6 “Stop the Steal” rally.

- Kelley was arrested Thursday and taken into FBI custody.

- The FBI searched Kelley’s home but found no evidence that he entered the Capitol.

Kelly is accused of waving the crowd closer to the Capitol. He is being charged with disorderly conduct, committing depredation against federal government property, knowingly entering a restricted area unlawfully, and engaging in physical violence in a restricted area.

The timing of the arrest is suspicious. Five other Republican candidates were recently disqualified from running when some of their signatures proved fraudulent, including front-runner James Craig, considered to be a serious threat to the current commie governor, Gretchen Whitmer.

Also noteworthy, tonight is the night of the Democrats’ primetime J6 clown-fest.

Ryan Kelley is one of five Republican candidates still in the running. 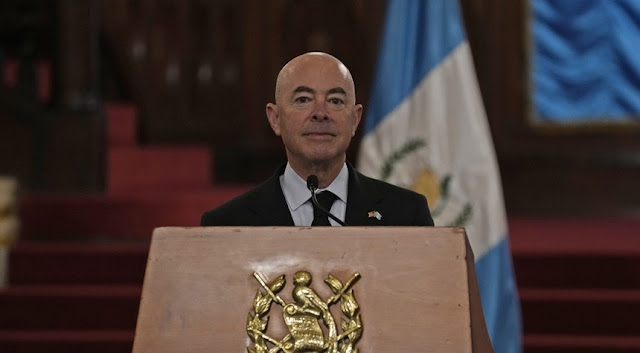 The Biden administration’s notorious Ministry of Truth, the Disinformation Governance Board, is “paused,” not dead. It’s likely that as soon as the foes of the regime are distracted over something else, it will be back. But now, Sens. Josh Hawley (R-Mo.) and Chuck Grassley (R-Iowa) have obtained whistleblower documents that reveal that Homeland Security Secretary Alejandro Mayorkas, in whose department the Board was slated to operate, and former Board chief Nina Jankowicz lied to the American people about the Board’s purpose and scope. Despite repeated denials, it was designed from the beginning to monitor and restrict the free speech of American citizens.

On May 1, CNN’s Dana Bash asked Mayorkas, “Will American citizens be monitored?” Mayorkas’ answer was as unequivocal as it was reassuring: “No. The board does not have any operational authority or capability. What it will do is gather together best practices in addressing the threat of disinformation from foreign state adversaries from the cartels and disseminate those best practices to the operators that have been executing in addressing this threat for years.”

Now, however, according to Hawley’s office, “the whistleblower documents show that The Disinformation Governance Board was originally conceived in part to monitor domestic speech regarding ‘conspiracy theories about the validity and security of elections’ and ‘disinformation related to the origins and effects of COVID-19 vaccines or the efficacy of masks.’” Even worse, “DHS planned for a partnership with Twitter to suppress disfavored content and planned a meeting with Twitter executives exploring the concept.”

That’s not all that Mayorkas has been lying about, either. Hawley’s office notes that “on May 4, 2022, Secretary Mayorkas testified under oath to Senator Hawley that the Disinformation Governance Board ‘had not yet begun its work.’” Mayorkas knew when he said this that it was false, as “the Disinformation Governance Board charter was drafted in January 2022 and personally signed by Secretary Mayorkas on February 24, 2022. The document states that the charter goes into effect immediately upon the Secretary’s signing of the document.” And “despite the Secretary’s assertion that the Board had not yet begun its work, a planned meeting with social media executives appears to have been staffed by Nina Jankowicz.” So they haven’t been honest with us, even while purporting to combat “disinformation.” What a surprise.

Rumor Control. No First Amendment problems there, oh no.

Hawley and Grassley have now written a letter to Mayorkas, asking him to “clarify why he did not fully explain the Disinformation Governance Board’s role in his testimony before Congress,” and stating: “The First Amendment of the Constitution was designed precisely so that the government could not censor opposing viewpoints – even if those viewpoints were false. DHS should not in any way seek to enlist the private sector to curb or silence opposing viewpoints. It is therefore imperative for DHS to provide additional clarity regarding its policies and procedures for identifying and addressing ‘MDM,’ as well as its efforts to ‘operationalize’ public-private partnerships and the steps it is taking to ensure that it does not infringe on the constitutional rights of American citizens.” That is all true, but what are the chances that Mayorkas will brush off this letter with a perfunctory and disingenuous reply, if he deigns to reply at all? About 100%.

The unpleasant truth is that Mayorkas doesn’t have anything to worry about. Biden’s Justice Department is as politicized and corrupt as DHS itself is. Who is going to hold Mayorkas to account and make sure he respects the First Amendment? Not Merrick Garland. Not Nancy Pelosi or Chuck Schumer. No one. 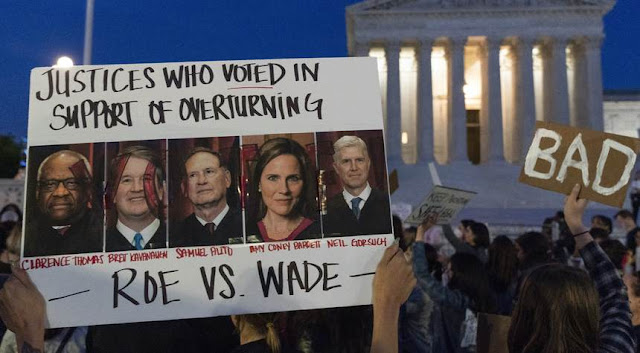 Disgusting radical pro-abortion groups are hard at work, firebombing churches and pro-life centers and threatening Americans who dare to work to protect the lives of the most vulnerable. Hours after a deranged man traveled across the country with the intent of assassinating Supreme Court Justice Brett Kavanaugh, a repugnant activist group calling itself Ruth Sent Us was putting targets on the backs of conservative justices’ children.

Previously, the group publicized the home addresses of conservative justices, whom it refers to them as the “SCOTUS 6,” and it continues to promote illegal protests targeting them. The group has been organizing a weekly march in front of each justice’s home:

On Wednesday, Ruth Sent Us tweeted a smarmy parody of concern for Justice Kavanaugh and rejected taking any responsibility for inspiring the assassination attempt. Then the group went right over the line and brought his wife and children into the conversation. “A special message for Ashley Kavanaugh and your daughters — this billboard was on your school grounds. We feel for you,” tweeted the radicals, along with a picture of a sign at the girls’ school. “@LeaderMcConnell and the GOP aren’t worried for your safety. They worry only for the expensive Supreme Court they rigged, and their own power. #SCOTUS”

In other words, “We know where your kids are, we can get there any time, and no one will protect you.”

And if another deranged maniac just happens to target the children at that school, we’re sure Ruth Sent Us will once again deny any responsibility.

Earlier that day, the despicable activists reminded followers that Justice Amy Coney Barrett has seven children and pointed to the school attended by the kids:

If you’re in the DC metro area, join us. Our protests at Barrett’s home moved the needle to this coverage.

Ruth Sent Us dances along the edges of Twitter’s safety rules. The platform prohibits violent threats, promotion of terrorism or violent extremism, and inciting harassment or violence. Pointing potentially violent people at a target with a wink and a nod is vile enough, but putting children in the crosshairs is inexcusable.

It’s worth noting that Ruth Sent Us also likes to tweet about school shootings. But I’m sure these activists would never dream of “unintentionally” inspiring the next kook to hit the school attended by the children of their political targets.