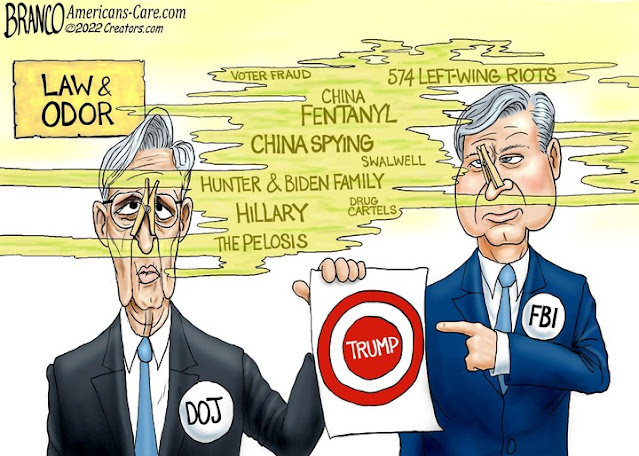 Steve Bannon was indicted on Thursday in relation to charges concerning the “We Build the Wall” effort by the New York Attorney General’s office.

But Bannon appeared on the Charlie Kirk show on Friday and he made some concerning remarks about efforts by the Biden FBI against Trump allies. Bannon said that we saw from Biden’s “demonic” anti-MAGA speech that this was the “primal scream” of a “dying regime.” Bannon claimed there were “35 FBI raids” on senior MAGA/Trump allies.

Bannon said there was so much going on about trying to bankrupt people or de-platform them, as well. “Screw them,” Bannon declared. “I spit in their eye.” This is all about intimidation, Bannon said, with financial terrorism and “lawfare.” But it’s unclear who the people he’s referencing here are because this has not had any real coverage. He also said that there was another grand jury coming together regarding Jan. 6. Bannon called the FBI Gestapo and said that this was intimidation because they knew that they were losing.

First Amendment attorney Harmeet Dhillon confirmed that she was aware of at least some of these cases.

Dhillon appeared with Tucker Carlson. She said that there had been a reporter reaching out asking if search warrants or subpoenas had been served on some 50 people. Dhillon confirmed to Tucker Carlson that search warrants or subpoenas had been served on three clients of hers — one of whom had their phone seized. The federal grand jury subpoenas were broad asking for any communications from October 2020, a month before the election to two months after the election. The subpoenas sought communications related to certification, fraud in the election, alternate electors, anything related to the rally before the Jan. 6 riot, and any communications related to the Save America PAC.

This is an incredible escalation by the Biden Administration and it’s going to be hard to justify that this isn’t an effort to go after and shut down political opponents. This would be incredibly out of control and something on a par with Stalinist regimes trying to stifle any challenge to their power. As Dhillon noted, this raises all kinds of First Amendment questions. She also noted how improper this is that the DOJ is telling reporters about these search warrants and subpoenas even before they are executed. She said she thought this was to instill fear into people right before an upcoming election so they wouldn’t challenge anything. She called it abuse by the DOJ and said it was illegal of them to leak this information.

“This will wreck the country,” Tucker said. That’s about the size of it if Republicans let this go without calling out the abuse. 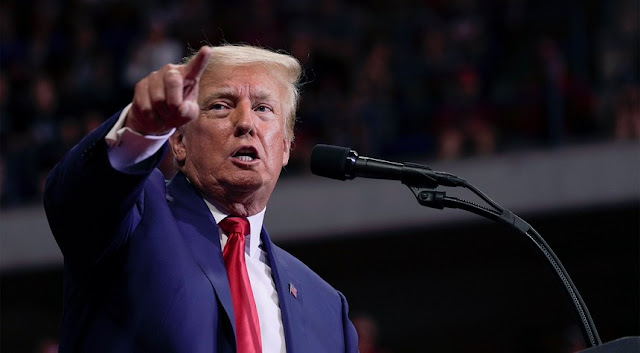 We covered earlier the bombshell story that dozens of Trump allies reportedly were served with search warrants or subpoenas in the last few days. We included a copy of what they are looking for in at least one of the subpoenas. It was incredibly broad, looking for communications related to certification of the election and the Save America PAC.

Now, while we’re not sure of the exact number of people, some of the names are starting to come out.

William Russell wasn’t home when the two FBI agents came to his house Wednesday morning, according to sources familiar with the matter.

Russell served in the Trump White House as a special assistant to the president and the deputy director of advance before moving down to Florida to work as an aide to Trump after he left the White House.

Russell has also been subpoenaed by a federal grand jury investigating Jan. 6, sources familiar with the matter said. The subpoena requests documents and communications related to the so-called fake slates of electors pushed in various states in support of Trump, the sources said.

The NY Times is claiming they’re aware of a dozen people including Brian Jack, former White House political director under Trump, and a big name, Stephen Miller, Trump’s top speechwriter, and a senior policy adviser, who received subpoenas. Jack is currently both an adviser to Trump as well as to House Minority Leader Kevin McCarthy.

The subpoenas were issued to a wide range of people who either worked in the White House or on the Trump campaign, including senior officials like the campaign’s chief financial officer; personal aides to Mr. Trump; and the former chief of staff to Ivanka Trump, the president’s daughter who also served as one of his senior advisers. [….]

Among the recipients of subpoenas from a grand jury sitting in Washington are relatively junior aides from the White House and Mr. Trump’s 2020 campaign. While the subpoenas asked for information concerning the Save America PAC, they also sought communications with several pro-Trump lawyers — like Kenneth Chesebro — who helped devise the electors plan.

We previously reported of subpoenas being dropped on Republican Pennsylvania state lawmakers and seizing the phone of a member of Congress, Rep. Scott Perry (R-PA).

The NY Times notes that Miller was not known to have had a planning role in the electors plan or the fund-raising efforts. So it’s not clear why they are dropping a subpoena on him. Nor is it clear what their legal justification is in regard to the electors plan.

We’ll doubtless be hearing about more names of the people they raided or dropped subpoenas on. But it looks like just in the case of the Trump raid, a big net was thrown out there trying to find anything they can to go after people on. And it’s a very troubling thing when the Biden Administration appears to be going after the allies of his once and possibly future political opponent.