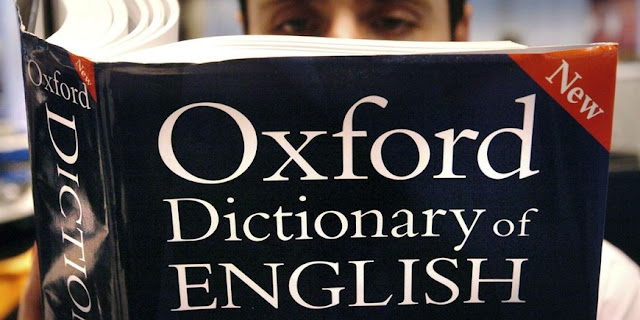 In the game of power, tyrants will do anything to obtain it, hold onto it, and destroy anyone who dares oppose them. The Democrats know how to play the game superbly. The problem they have is, since their policies do not work and are not supported by most of the American people, they must resort to subterfuge. Thus, Democrats lie, misdirect, obfuscate, toss dirt in the air, and throw feces in the faces of everybody to cover up their own stink. They are masters at that, too.

Changing the definitions of words to deceive the simple-minded is an old trick. The Democratic Party has a whole new dictionary, new meanings for old words and concepts, which is intended for one purpose: gain and hold power. Here is a sampling of the new definitions Democrats have placed on common words and ideas, artfully designed to bamboozle the bamboozlable. Just remember. When you hear any Democrat (or sycophant) use any of these words or concepts, herein lies what they really denote:

“Extremist”: anybody who doesn’t agree with, and submit to, Joe Biden and the Democrats.

“Fascist”: 1. anybody who voted for or supports Donald Trump and the Republican Party. 2. See “extremist.”

“Fascism”: whatever Donald Trump and the Republican Party believes.

“Democracy”: whatever the Democratic Party believes and says it is, including illegally raiding the homes of their political opponents, who are all “fascists.”

“Destroying democracy”: anything Donald Trump and MAGA Republicans do.

“Election denier”: people who have a question—any question—about the outcome of the 2020 presidential election. Only that election. This definition does not apply to anyone (e.g., Hillary Clinton) who questioned the outcome of the 2016 presidential election and tried to overthrow it, or to any Democrat who might have lost any other election and refused to concede (e.g., Stacy Abrams, 2018). Democrats always win elections fairly and Republicans always steal elections through voter fraud or some other nefarious scheme.

“Voter fraud”: demanding a person be alive and prove U.S. citizenship in order to vote.

“Racist”: 1. all conservative white people. 2. any white policeman who tries to arrest a black criminal.

“Racism”: whatever conservative white people do that Democrats don’t like, e.g., breathing.

“Crime”: crime? what crime? I have armed bodyguards and live in a gated community.

“Recession”: wait until the current quarter’s economic data is released because this definition is in flux and might need to be changed again.

“Inflation”: something to be ignored or endured so that we wonderful, rich elitists, who aren’t affected by inflation, can bring in the Green Utopia that you peasants are too stupid to understand, and that will make us even richer and more powerful.

“Ukraine”: 1. the most important country in the world whose borders must absolutely be secured, regardless of how much money and suffering it causes the American people, most of whom probably don’t even know where, or what, Ukraine is. 2. RINOs like Mitch McConnell accept this definition.

“Border crisis”: only happening in Ukraine.

“Stolen election”: any election won by a Republican.

“Securing our borders”: synonym for racism and xenophobia.

“Insurrection”: what the January 6 Trump supporters were guilty of because he ORDERED them to do it.

“Peaceful protests”: what BLM and Antifa were involved in after the George Floyd incident.

“Science deniers”: 1. the unvaxxed. 2. people who don’t believe all the ice in the world will melt by the year 2100 and put all land under 40 feet of water if we don’t buy electric cars and start eating bugs NOW.

“Baby”: we don’t know what it is for sure, we only know we don’t want any more of them because they are troublesome and they will probably interfere with our careers and sexual hedonism.

“Abortion”: the Holy Grail. Untouchable. To be allowed any time, anywhere, for any reason, up to, and beyond, the time of birth.

Again, this is just a sampling, and the list is probably endless. The key is, of course, to understand what a Democrat means when he/she/it says one of the above. They generally don’t mean what you mean, or what most normal people mean. And it is in this manner that they continue to deceive countless voters. “Well, they only want democracy…” Yes, if you let them define the term any way they want to, which is exactly the point and exactly what they do.