Black men don’t do Latin. Or do they? 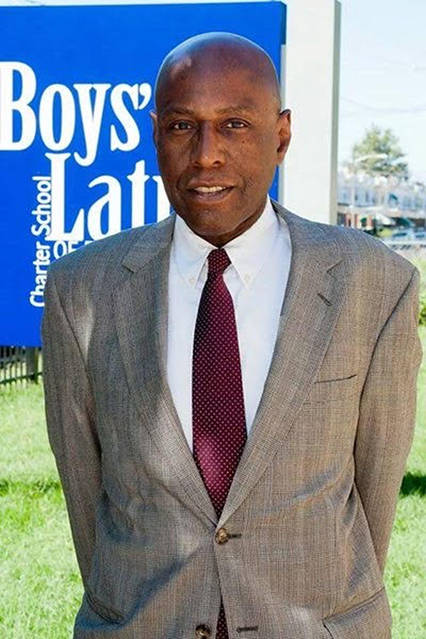 
Turns out, too, that the young men of Boys’ Latin have become pretty good at distinguishing their ad hominem from their ad honorem. This month the school received the results on the introductory level National Latin Exam, a test taken last year by students around the world. Among the highlights: Two Boys’ Latin students had perfect scores; 60% of its seventh-graders were recognized for achievement, 20% for outstanding achievement; and the number of Boys’ Latin students who tested above the national average doubled from the year before.
“I invite anyone who doubts what this does for our students to come to a graduation and watch 100 black boys sharply dressed in caps and gowns and proudly reciting their school pledge in Latin,” says the school’s chief executive officer, David Hardy. “Not only is this an unexpected sight, it defies the low expectations society puts on young black men.”
The traditional arguments for studying Latin are well known. More than half of English words have Latin roots, so students who learn Latin improve their vocabularies and linguistic skills. In addition, the discipline of studying Latin—the logic, the structure, the rigor—helps train young minds to think more clearly and systematically.
All these arguments Mr. Hardy accepts and occasionally invokes himself. But for him Latin is also a way of addressing the most wretched fact of today’s Philly school system: Only 8% of young black men who graduate from one of the city’s public high schools will go on to a four-year college degree, according to a December 2015 longitudinal study called “From Diplomas to Degrees” by Drexel University’s Paul Harrington and Neeta Fogg.
Now, any columnist who notes the racial disparities in education, especially when coupled with a call for the parents of poor minority children to have more options when it comes to schools, invariably receives mail that begins like this: “I have been an educator in the public schools for more than 20 years, and you are badly underestimating the reason [bad families, poverty, IQ, whatever] these kids aren’t learning.”
Translation: Black children, or at least inner-city black children, are ineducable. Needless to say, Mr. Hardy and his merry band at Boys’ Latin hold a contrary view. In February they helped launch a campaign called #blackdegreesmatter to highlight why college, and the higher lifetime earnings it generally brings, is so vital for young black men.
It’s true Boys’ Latin is filled with all the challenges that come with West Philadelphia: neighborhood drug dealers, gangs, struggling single moms. You name it, Mr. Hardy says, Boys’ Latin has got it. The difference is the school refuses to accept it as an excuse for not achieving.
Why Latin? Partly it’s that the language immediately raises expectations all around. You can’t fake Latin, either. When these boys learn it, they taste the satisfaction that comes from achievement.
Partly it’s the school’s thing. Even if students hate Latin, says Mr. Hardy—maybe especially if they hate it—it’s something everyone at Boys’ Latin goes through, what boot camp at Parris Island is for Marines. It builds identity and esprit de corps.
It’s also what helps make Boys’ Latin attractive to the Philadelphia School Partnership, an influential group of donors whose mission is to get more of the city’s kids into great schools—and put more on the path to college. Since 2011, these men and women have spent nearly $60 million in private funding to help thousands of low-income students attend schools such as Boys’ Latin.
As long as the school is doing great things, folks at the Philadelphia School Partnership don’t care whether the institution they are supporting is a traditional public school, a charter school or a private school. When they look at Boys’ Latin, for example, what they see is this: a high school that sends more black boys to college than any other in Philly—and has a waiting list to get in.
Boys’ Latin is not without its critics, who point to so-so scores on state tests. Mr. Hardy argues that the scores, which have been rising, are still better than the alternatives for most young men in West Philly. For him the most important measure is that his students are getting their college degrees.
Young black males, Mr. Hardy says, get plenty of messages that they are not good enough, that excellence is beyond their reach and that college is for other people. The beauty of Boys’ Latin is that every day its students see examples of young black men challenging the reigning tropes of underachievement.
“Nobody expects black boys to do Latin, because it’s hard,” says Mr. Hardy. “And that’s exactly why we do it.”
https://www.wsj.com/articles/black-men-speaking-latin-1492469886
Posted by Frances Rice at 10:49 AM