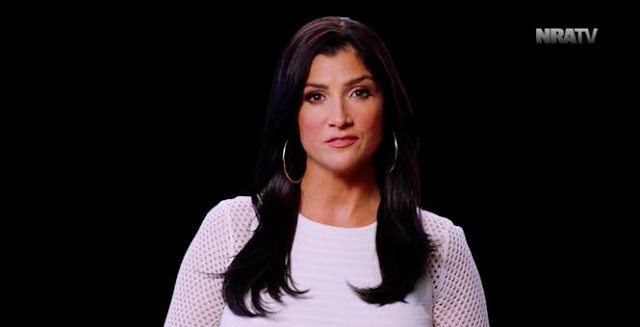 Leave it to The Blaze’s Dana Loesch, who also serves as the National Rifle Association’s national spokesperson, to torch The New York Times for trying to cast themselves as arbiters of truth.

Folks, this is all because Trump won the election.

They’re mad, stunned, and still reeling that America didn’t elect an unlikable, inauthentic woman—who didn’t really have an economic message and may have compromised national security by conducting official business through a homebrew server that wasn’t authorized or secure.

Because rules are not for Hillary Rodham Clinton, but I digress.


The Times is working overtime in its public relations campaign to sell itself as the vanguard to our First Amendment.
The NRA responded that the American people are no longer looking to the publication for truth, that “the times are burning,” and the media elites of America were caught holding the match.
It’s all included in Loesch’s commentary, where she declares all-out war against the publication for spreading false narratives and fake news.
TO VIEW THE DANA LOESCH VIDEO, CLICK HERE
Now, the Times (and the Post) is not bad all the time, even broken clocks are right twice a day. Yet, on the issue of Second Amendment rights, they're God awful.
Remember Benghazi and that time the publication said it was a spontaneous protest due to an offensive YouTube video?
It’s a claim debunked by Clinton’s own emails the night of the attack.
The Obama White House knew it was a terrorist attack within hours, but they had a 2012 campaign narrative to save. Al-Qaeda was on the run - remember that?
The group, who planned the coordinated assault on our compound that left four Americans dead, including Ambassador Chris Stevens, was affiliated with al-Qaeda.
Loesch ripped the Times for their shoddy reporting on gun crimes. How they don’t mention how Chicago’s drop in the prosecution rate for federal firearms law violations have dropped, and that local judges are releasing violent offenders repeatedly back onto the streets of the city. That could be a problem.
“We’ve had it,” said Loesch concerning the publication’s tone-deaf and condescending articles on what they think is the representation of life in America and their desperate attempts to keep left wing narratives alive.
“We’re going to laser focus on your honest pursuit of truth. In short, we’re coming for you,” she added.