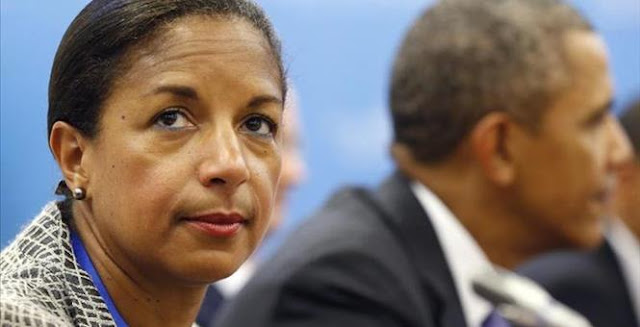 Yes, that would be the same Susan Rice who made herself famous for delivering outright lies on national television about the Benghazi terrorist attack, the nature of which the Obama administration was eager to deliberately distort for political reasons in the thick of a campaign.

It would also be the same Susan Rice described by Newsweek as President Obama's "right-hand woman" in 2014. As I said on air yesterday, this whole Russia meddling/wiretap saga has become so convoluted and bereft of verifiable facts that it's quite difficult to keep following the plot.

Here's my stab at a succinct summation: Our intelligence agencies and members of relevant committees on both sides of the aisle all agree that Moscow tried to meddle in the 2016 election.

Their clear preference was to help Donald Trump and damage Hillary Clinton, whom they assumed would win anyway. The Kremlin has also deployed their propaganda and subterfuge to undermine Republicans, too. Their overarching goal is to undercut faith in the American system.

And while there is no factual basis for President Trump's counter-claim that his predecessor ordered his phones to be tapped, there are real indications that some people within Trump's orbit were monitored in some way -- and the series of one-sided leaks on that front does look to many like a deliberate push within elements of the government to damage Trump's presidency.  There is also no evidence that the Trump campaign coordinated or colluded with the Russians.


One of the latest twists in all of this was the claim by House Intelligence Committee Chairman Devin Nunes, a Republican, that Trump-tied officials whose communications had been incidentally intercepted (they themselves had not been targeted) as a part of foreign surveillance operations had their redacted identities "unmasked" last year.
Who did this, and why -- especially since the intercepted communications in question allegedly had nothing to do with Russia? Late last week, Fox News' Adam Housley added some meat onto those suspicious bones, citing unnamed sources.
And now Eli Lake's reporting at Bloomberg appears to confirm what the rumor mill has been buzzing about for days -- Rice was at the center of this:
White House lawyers last month discovered that the former national security adviser Susan Rice requested the identities of U.S. persons in raw intelligence reports on dozens of occasions that connect to the Donald Trump transition and campaign, according to U.S. officials familiar with the matter. The pattern of Rice's requests was discovered in a National Security Council review of the government's policy on "unmasking" the identities of individuals in the U.S. who are not targets of electronic eavesdropping, but whose communications are collected incidentally. Normally those names are redacted from summaries of monitored conversations and appear in reports as something like "U.S. Person One." The National Security Council's senior director for intelligence, Ezra Cohen-Watnick, was conducting the review, according to two U.S. officials who spoke with Bloomberg View on the condition of anonymity because they were not authorized to discuss it publicly. In February Cohen-Watnick discovered Rice's multiple requests to unmask U.S. persons in intelligence reports that related to Trump transition activities. He brought this to the attention of the White House General Counsel's office, who reviewed more of Rice's requests and instructed him to end his own research into the unmasking policy.
Lake writes that given what is known about what happened, both the incidental collection and the unmasking were likely conducted within the confines of the law, but the episode raises new questions about (a) why a senior Obama official was so keen to identify the US citizens mentioned or involved in these conversations, (b) whether those conversations had any genuine investigative value beyond political curiosity (Housley's sources say no), and (c) how the existence of some of these conversations ended up getting more widely disseminated, eventually leaking into the press. The piece also reminds readers that Ms. Rice claimed ignorance on the entire subject when she was asked about it a few weeks ago:
Rice herself has not spoken directly on the issue of unmasking. Last month when she was asked on the "PBS NewsHour" about reports that Trump transition officials, including Trump himself, were swept up in incidental intelligence collection, Rice said: "I know nothing about this," adding, "I was surprised to see reports from Chairman Nunes on that account today."
Perhaps there's an innocent explanation for all of this, and perhaps Rice believed she was answering that question accurately. But for previously-alluded-to reasons, it's hardly a stretch to imagine Rice flat-out lying on television.
One of the indications that Chairman Nunes really had exposed something significant came last week came when the ranking Democrat on the House Intelligence Committee, Adam Schiff -- who has been loudly attacking his GOP counterpart and spreading unfounded claims and conspiracies related to the Russia probe -- got a look at the same documents Nunes saw (which led to Nunes' subsequent briefing of both President Trump and the news media).
As Red State points out, Schiff emerged from that session fixated on process, while remaining notably mum on anything pertaining to content.  It's not unreasonable to hypothesize that he read the documents and realized that  something damaging lies within.  Maybe that something was Barack Obama's lightning-rod NSA repeatedly requesting the unmasking of Trump officials' communications for dubious reasons.
For months, Democrats have insisted that the Russian meddling side of this story is the only thing that matters.  While I agree that probes into those disquieting issues are justified and important, I've also taken the national security leak element of the controversy quite seriously.  These new developments demand further inquiry and real answers.  And today's introduction of an untrustworthy partisan actor within the previous president's inner-most circle into the mix all but guarantees that this story is about to become more politically explosive.  I'll leave you with this column by the Wall Street Journal's Kim Strassel:
-----


As we said Friday.. (Susan Rice!) Team Obama was spying on the incoming administration https://www.wsj.com/articles/what-devin-nunes-knows-1490914396 … 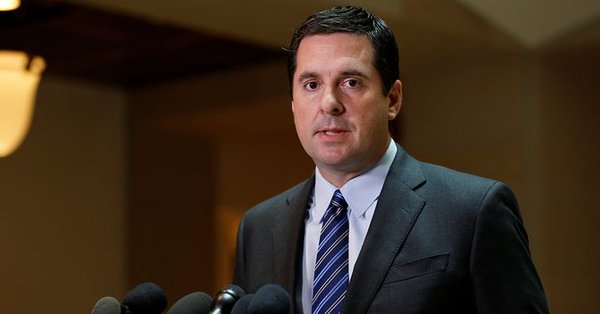 
Team Obama was spying broadly on the incoming administration.