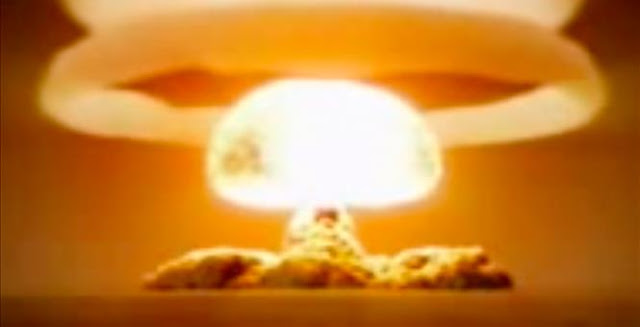 UPDATE - Harry Reid's legacy is thus cemented. Democrats' unprecedented filibuster of Judge Neil Gorsuch has been broken under the nuclear option they pioneered in 2013.


Every single Republican voted to invoke the Reid Rule, including some who had expressed a strong hesitancy to do so; that's how indefensible Democrats' conduct has been.
The Senate will now reach cloture on the nomination with 51 votes, setting up a final confirmation tomorrow. It's over.  Neil Gorsuch will be the next Associate Justice of the United States Supreme Court.
We knew it was coming, and now the moment has arrived.
Senate Democrats yet again moved to escalate the confirmation wars with their latest unprecedented provocation, mounting an unjustifiable filibuster to obstruct President Trump's widely-hailed selection for the United States Supreme Court.
This is the first partisan filibuster of a SCOTUS nominee in American history. The only previous High Court filibuster was a nearly evenly bipartisan act against a sitting justice embroiled in an ethical controversy in 1968; its target later resigned.
This is an entirely partisan tantrum, advanced after multiple attempts to discredit Judge Gorsuch fell humiliatingly flat. Senate Democrats do not have one single good argument against Gorsuch, nor do they have one single principled rationalization of a filibuster. And yet...
-----


And there it is: 41 Democrat votes have been cast in favor of this unprecedented SCOTUS filibuster. The Reid Rule 'nuclear' option is next.
------


Republicans, led by Mitch McConnell, are now invoking the Reid Rule, named after the erstwhile Democratic leader who axed most of the judicial filibuster in 2013.
We've been through the history of Democrats' unilateral aggression and stunning hypocrisy on these questions, so today's outcome (a) should not surprise anyone familiar with that history, (b) should not surprise anyone familiar with the seething, sprawling fury of Democrats' left-wing base, and (c) should be attributed directly to the Democratic Party's tactics and actions, past and present.
So outrageous and extraordinary is their conduct that even GOP moderates like Susan Collins and Lisa Murkowski cannot stomach it, and are lining up to push the red button:
Sen. Susan Collins of Maine, who hasn’t said how she will vote on the nuclear option, argued that both parties “will rue the day” that led to the likely rule change. “If it’s necessary in order to get him confirmed, I may have to vote that way, but I certainly don’t want to,” Collins told reporters Monday night…Collins said Gorsuch deserves to be on the high court and that she’s “committed” to making sure he gets confirmed.


"As much and as deeply as I care about bipartisanship in this body, I will not acquiesce to an effort to deny Judge Gorsuch a seat on the Supreme Court."
Orrin Hatch of Utah, long a defender of Senate tradition and a vocal skeptic of undermining the filibuster, has been driven in the same direction by his colleagues' behavior.


Here is his floor speech running through the series of events and actions that led the Senate to this point. He correctly lays the blame squarely on the shoulders of Democrats and announces his backing of the nuclear 'Reid Rule' in retaliation:
Click Here To View VIDEO.

Every single escalation of the confirmation wars, Mr. President, can be laid at the feet of Democrats. That is the simple truth, and nothing my colleagues on the other side of the aisle can say can change it. I speak from experience, Mr. President. I’ve been here through all of it...Enough, Mr. President. We have let our Democratic colleagues get away with their games for too long. They were for the filibuster before they were against it before they were for it. They were the ones who created an effectual 60-vote threshold for judicial nominees. They were the ones who then undid that threshold to suit their short-term political interests. They are the ones who now, for the first time in history, are seeking to block a Supreme Court nominee with clear majority support. Mr. President, to put the matter bluntly, my Republican colleagues and I are fed up with the Democrats’ antics. We will no longer be bound by their games and petty partisanship. We will no longer allow them to dictate the terms of debate in ways that always advantage their side and always disadvantage ours.


Before the deed is done, I'll leave you with one final insulting lie from Chuck Schumer, whose party has acted in bad faith on these questions for many years:
---

John McCormack @McCormackJohn
Schumer: My colleagues came into this with an open mind about confirming Gorsuch.
---

Prior to the Gorsuch announcement, Schumer said it was 'hard to imagine' a Republican president selecting any judge Democrats could support, ruling out allowing the confirmation of a conservative judge in the mold of Scalia.


He indicated that he would do his best to either force a non-conservative choice, or hold the seat vacant for four years. As this Politico column says, McConnell is finishing what Chuck Schumer and his party started. It's about time.


OTHER NEWS
Nunes Recuses Himself From Russia Investigation 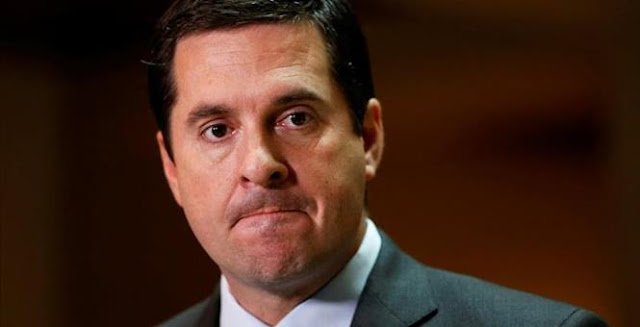 Rep. Devin Nunes (R-CA), chairman of the House Intelligence Committee, has temporarily recused himself from his panel's investigation into Russia's potential interference in U.S. elections. Nunes was pressured to step away from the Russia probe after reports suggested he was being influenced by the White House and Democrats accused him of improperly releasing information into the investigation.
Last month, Nunes held a press conference in which he claimed to have evidence to suggest that Trump's transition team had been spied on by Obama intelligence officials - news which "somewhat vindicated" Trump for tweeting an unsubstantiated claim that he had been wiretapped. Democrats on the committee were frustrated that Nunes did not share that information with them before going public.
In his statement Thursday, Nunes explained that several complaints have been filed against him with the Office of Government Ethics. Those claims, he said, are false and baseless. Yet, in light of the controversy, he believed that stepping down from the investigation was in the best interest of the committee.
Rep. Mike Conaway (R-TX), a senior member of the committee, will now lead the investigation.
House Speaker Paul Ryan offered the following statement after Nunes' announcement, noting that Nunes' still has his trust.
--------


In a press conference on Capitol Hill following Nunes’ statement, Ranking Member Adam Schiff (D-CA) said he “appreciated” the chairman stepping away from the investigation. The Democrat knows it was a “difficult decision” for Nunes, but he knows it will allow the committee to have a “fresh start.”
The White House says this is a matter for the House to consider, so they have declined further comment.