By Fred Imbert and Eustance Huang 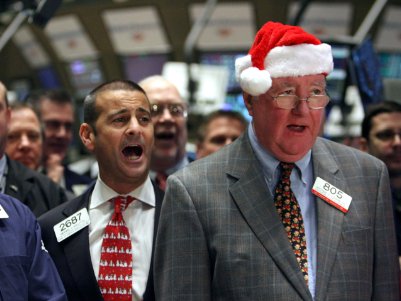 Stocks posted their best day in nearly a decade on Wednesday, with the Dow Jones Industrial Average notching its largest one-day point gain in history. Rallies in retail and energy shares led the gains, as Wall Street recovered the steep losses suffered in the previous session.

Retailers were among the best performers on Wednesday, with the SPDR S&P Retail ETF (XRT) jumping 4.7 percent. Shares of Wayfair, Kohl’s and Dollar General all rose more than 7 percent. Data released by Mastercard SpendingPulse showed retailers were having their best holiday season in six years. Amazon’s stock also jumped 9.45 percent, snapping a four-day losing streak, after the company said it sold a record number of items this holiday season.

John Augustine, chief investment officer at Huntington Private Bank, said he welcomed Wednesday’s rally but added: “We still have a ways to go. We need to have three days of moving higher into the close to stem this wave of selling.”

A strong sell-off on Monday sent the major indexes down more than 2 percent and ended with the S&P 500 falling into a bear market. Monday’s pullback was also the worst Christmas Eve decline ever. The S&P 500 was down 20.06 percent from an intraday record high set on Sept. 21 before Wednesday’s sharp rebound. U.S. exchanges were closed Tuesday for the Christmas holiday.

The recent decline in stocks “is a buyer’s strike due to lack of confidence in policymakers around the world,” said Augustine. “It’s going to take a long time to recover that confidence.”

The plunge in stocks on Monday came after Treasury Secretary Steven Mnuchin held calls with CEOs of major U.S. banks last weekend and issued a statement saying, “The banks all confirmed ample liquidity is available for lending to consumer and business markets.”

Monday’s move lower also came after President Donald Trump commented on the Federal Reserve once more, calling it “the only problem our economy has” in a tweet. Trump also said Tuesday the Fed was “raising interest rates too fast because they think the economy is so good. ” Trump has been critical of the Fed’s decisions regarding monetary policy this year. The central bank has hiked overnight rates four times this year.

“With the end of the quarter, we could get a bounce in the next few days,” said Peter Cardillo, chief market economist at Spartan Capital Securities. But “the problem is [President Donald] Trump continues to create a lot of uncertainty. We can’t focus on the fact there are a lot of good bargains out there.”

This is all taking place amid an ongoing government shutdown that started last week. The Trump administration and congressional leaders are at a stalemate over funding for a wall along the U.S.-Mexico border. The administration says the wall is important for national security while opponents of the barrier note it will not solve the U.S.′ immigration issues.

“Government shutdown starts with no end game strategy by either side,” L. Thomas Block, Washington policy strategist at Fundstrat Global Advisors, said in a note to clients. “The President ... remains convinced that fighting for HIS wall is worth a government shutdown and his base loves the confrontation.”

Sales excluding autos rose 5.1% between Nov. 1 and Dec. 24 from a year earlier, according to Mastercard 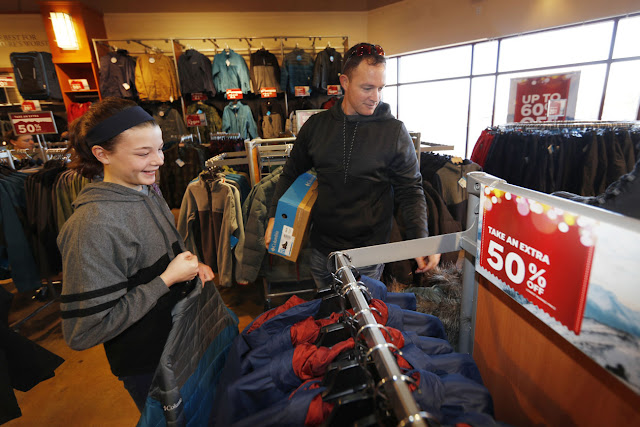 “Wall Street is running around like a chicken with its head cut off, while Mr. and Mrs. Main Street are happy with their jobs, enjoying their best wage increases in a decade,” said Craig Johnson, president of Customer Growth Partners, a retail research and consulting firm. A recent drop in gas prices has helped last-minute spending, he said.

Sales have been generally strong throughout the holiday season, led by increases in online shopping. Retailers entered the holidays with momentum as online sales jumped 26.4% from a year earlier between the Wednesday before Thanksgiving through Black Friday, one sign of an early buying surge, according to Adobe Analytics.

Buying slowed in early December in part because an unusually early Thanksgiving made it harder for retailers to sustain sales through the entire holiday shopping period, analysts and consultants said. But shoppers picked up the pace ahead of Christmas.

With Christmas Eve falling on a Monday, many retailers geared up to capitalize on a last-minute push from shoppers who were counting on the final weekend to wrap up their gift-buying.

Chains including Walmart Inc. and Target Corp. extended deadlines to get online orders delivered before Christmas, while Amazon.com Inc. in some cities offered Prime members the option of free same-day delivery on Christmas Eve.

Many retailers also touted the option to buy online and pick up in store through Christmas Eve. Overall, sales in that category increased 47% from Nov. 1 to Dec. 19, according to Adobe.

Mastercard found that sales from online shopping grew 19.1% between Nov. 1 and Dec. 24 compared with the year-earlier period.

Still, next year presents a challenging environment as buying continues to shift online—a trend that is hurting many retailers, including department stores.

Sales at department stores fell 1.3% in the period tracked by Mastercard, in part due to store closings. Stores that mainly sell apparel, however, experienced robust sales, growing 7.9% during the same period. Overall, sales from bricks-and-mortar stores rose 3.3%.

“We have seen some things really solidify” amid a strong economy and many retailers making investments to grow online, said Steve Barr, consumer markets leader at consulting firm PwC. But this holiday season shows that “the pace of change to online, especially mobile, is really not easing up,” he said.

Some retail clients are cautious about next year, Mr. Barr added.

“While we haven’t seen the consumer retreat, I do think there is a heightened risk with volatility in the capital markets and rising interest rates and uncertainty in Washington, D.C.,” Mr. Barr said. “Retailers are a bit on edge about what 2019 might be.” 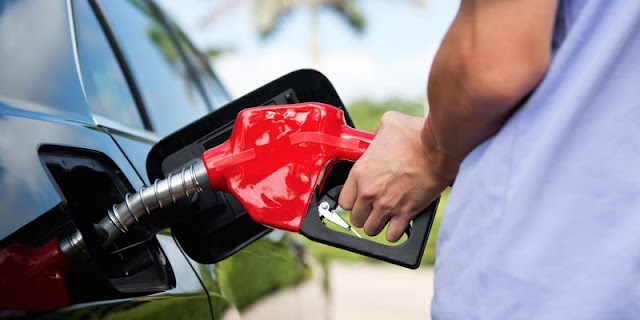 As Americans ring in the new year, they may find themselves with some extra cash thanks to savings at the pump.

Gas prices have been steadily falling since October and continue to drop.

In North Carolina, the average was $2.204 per gallon — more than $0.12 cheaper than this time last year, AAA reports.

The Charlotte area has among the cheapest gas prices in the state, where many last-minute shoppers will fill up their tanks for less than $2 per gallon.
…
https://www.charlotteobserver.com/news/local/article223516275.html
Posted by Frances Rice at 6:45 PM