Shouldn’t the special counsel investigate the crimes that drew Flynn into his probe? 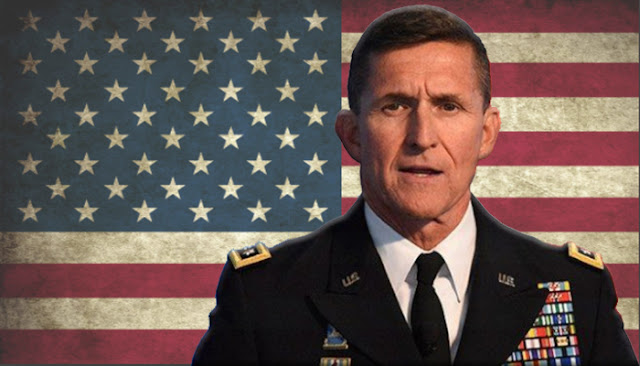 Robert Mueller looks to be approaching his endgame, and the press is alive with speculation as to how bad the special counsel’s report will be for President Trump. It’s also worth noticing how good Mr. Mueller has been to another president, Barack Obama, and his team.

This benevolence was on display in the sentencing document the special counsel’s office filed on Tuesday for Mike Flynn. The former Trump national security adviser, we are told, has provided “substantial assistance,” sitting for 19 interviews that aided in “several ongoing investigations.” In light of this help, the Mueller team recommends leniency—perhaps even sparing him prison time.

That would be just. The special counsel provides no evidence Mr. Flynn was part of any collusion with Russia. He was instead brought up on a charge of lying to the Federal Bureau of Investigation. And it’s not even clear he did that. The FBI officials who first interviewed Mr. Flynn didn’t think he lied about his interactions with Russian Ambassador Sergei Kislyak. More likely, Mr. Flynn copped a plea to save his son from worse treatment at Mr. Mueller’s hands.

But what about the potential crimes that put Mr. Flynn in Mr. Mueller’s crosshairs to begin with? On Jan. 2, 2017, the Obama White House learned about Mr. Flynn’s conversations with Mr. Kislyak. The U.S. monitors phone calls of foreign officials, but under law they are supposed to “minimize” the names of any Americans caught up in such eavesdropping. In the Flynn case, someone in the prior administration either failed to minimize or purposely “unmasked” Mr. Flynn. The latter could itself be a felony.

Ten days later someone in that administration leaked to the Washington Post that Mr. Flynn had called Mr. Kislyak on Dec. 29, 2016. On Feb. 9, 2017, someone leaked to the Post and the New York Times highly detailed and classified information about the Flynn-Kislyak conversation.

House Intelligence Committee Chairman Devin Nunes has called this leak the most destructive to national security that he seen in his time in Washington. Disclosing classified information is a felony punishable by up to 10 years in federal prison. The Post has bragged that its story was sourced by nine separate officials.

The Mueller team has justified its legal wanderings into money laundering (Paul Manafort) and campaign contributions (Michael Cohen) on grounds that it has an obligation to follow up on any evidence of crimes, no matter how disconnected from its Russia mandate. Mr. Flynn’s being caught up in the probe is related to a glaring potential crime of disclosing classified material, yet Mr. Mueller appears to have undertaken no investigation of that. Is this selective justice, or something worse? Don’t forget Mr. Mueller stacked his team with Democrats, some of whom worked at the highest levels of the Obama administration, including at the time of the possible Flynn unmasking and the first leak.

The Flynn sentencing document, meanwhile, contained yet another outrageous gift to Obama alumni. In laying out the “serious” nature of Mr. Flynn’s crimes, the document asserts that one of the questions about the Flynn-Kislyak discussion was whether “the defendant’s actions violated the Logan Act,” a 1799 statute that criminalizes negotiation by unauthorized persons with foreign governments that are in dispute with the U.S.

Only two defendants have ever been charged under the Logan Act, the more recent one in 1852, and neither was convicted. It is normal for members of a presidential transition team to talk to their foreign counterparts, and on all manner of subjects. Yet Democrats seized on the Logan Act in the waning days of the Obama administration as a pretext to investigate the Trump team, and to intervene in the Flynn case. It was on Logan Act grounds that then-Deputy Attorney General Sally Yates dispatched FBI agents to interview Mr. Flynn on Jan. 24, 2017—the interview now central to Mr. Mueller’s charge that he lied to investigators.

It’s hard to overstate how unserious the Logan Act claim is. If Mr. Mueller has no case to make that Mr. Flynn violated the Logan Act, he has no business bringing it up. The only conceivable reason to throw it in was to give cover to the Obama officials who used it as their excuse to target Mr. Flynn in the first place, which they then used to help justify the appointment of a special counsel. Mr. Mueller’s deputy, Andrew Weissman, worked for Ms. Yates, and before Mr. Trump fired her for subordination, Mr. Weissman emailed her to say he was “proud” and “in awe” of her for defying the president.

The Mueller team in its document praises Mr. Flynn’s “exemplary” military and public service, but concluded that “senior government leaders” should nonetheless “be held to the highest standards.” If only Mr. Mueller believed that applied to all public officials, including Obama Democrats.