Michael Cohen Pled Guilty to Something That Is Not a Crime

By Bradley A. Smith | National Review 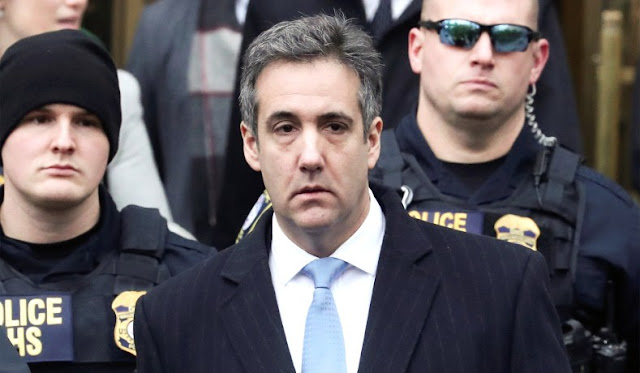 The prosecutor is twisting campaign-finance law.

Donald Trump’s wayward counsel, Michael Cohen, was sentenced today as part of a plea bargain with the government. As part of that settlement, Cohen has admitted to criminal violations of federal campaign-finance law and has implicated President Trump in those violations.

The press is ablaze with headlines trumpeting the president’s possible involvement in two felony campaign-finance violations. The source of these violations are Mr. Cohen’s arranging — allegedly at Trump’s direction — hush-money payments to women alleging long-ago affairs with the 2016 presidential candidate.

The Federal Election Campaign Act holds that an “expenditure” is any “purchase, payment, loan, advance, deposit or gift of money, or anything of value, for the purpose of influencing any election for Federal office.”

According to Cohen and the U.S. Attorney, the hush-money payments were, it appears, made in the hopes of preventing information from becoming public before the election, and hence were “for the purpose of influencing” the election.

This means that, at a minimum, they had to be reported to the Federal Election Commission; further, if they were authorized by Mr. Trump, they would become, in the law’s parlance, “coordinated expenditures,” subject to limits on the amounts that could be spent.

Since the lawful contribution limit is much lower than the payments made, and the payments were not reported, this looks like an open and shut case, right?

Well, no. Or at least not in the way some might presume.

To the contrary, the law — following our common sense — tells us that the hush-money payments outlined by the U.S. Attorney are clearly not campaign expenditures. There is no violation of the Federal Election Campaign Act.

To reach the opposite conclusion, the U.S. Attorney is placing all his chips on the language “for the purpose of influencing an election.”

Intuitively, however, we all know that such language cannot be read literally — if it were, virtually every political candidate of the past 45 years has been in near-constant violation.

The candidate who thinks “I need to brush my teeth, shower, and put on a nice suit today in order to campaign effectively” is surely not required to report as campaign expenditures his purchases of toothpaste, soap, and clothing.

When he eats his Wheaties — breakfast of champions, and surely one cannot campaign on an empty stomach — his cereal and milk are not campaign expenses.

When he drives to his office to start making phone calls to supporters, his gas is not a campaign expense.

So what does it mean to be “for the purpose of influencing an[] election”?

To understand this, we read the statutory language in conjunction other parts of the statute.

Here the key is the statute’s prohibition on diverting campaign funds to “personal use.”

This is a crucial distinction, because one of the primary factors separating campaign funds from personal funds is that the former must be spent on the candidate’s campaign, while the latter can be used to buy expensive vacations, cars, watches, furs, and such.

The law defines “personal use” as spending “used to fulfill any commitment, obligation, or expense of a person that would exist irrespective of the candidate’s election campaign.”

So a candidate may intend for good toothpaste and soap, a quality suit, and a healthy breakfast to positively influence his election, but none of those are campaign expenditures, because all of those purchases would typically be made irrespective of running for office.

And even if the candidate might not have brushed his teeth quite so often or would have bought a cheaper suit absent the campaign, these purchases still address his underlying obligations of maintaining hygiene and dressing himself.

To use a more pertinent example, imagine a wealthy entrepreneur who decides to run for office.

Like many men and women with substantial business activities, at any one time there are likely several lawsuits pending against him personally, or against those various businesses.

The candidate calls in his company attorney: “I want all outstanding lawsuits against our various enterprises settled.”

His lawyer protests that the suits are without merit — the company should clearly win at trial, and he should protect his reputation of not settling meritless lawsuits.

“I agree that these suits lack merit,” says our candidate, “but I don’t want them as a distraction during the campaign, and I don’t want to take the risk that the papers will use them to portray me as a heartless tycoon. Get them settled.”

The settlements in this hypothetical are made “for the purpose of influencing the election,” yet they are not “expenditures” under the Federal Election Campaign Act.

Indeed, if they were, the candidate would have to pay for them with campaign funds.

Thus, an unscrupulous but popular businessman could declare his candidacy, gather contributions from the public, use those contributions to settle various preexisting lawsuits, and then withdraw from the race. A nice trick!

But in fact, the contrary rule prevails, because the candidate’s obligation to resolve the business’s lawsuits exists “irrespective” of the campaign.

Similarly, any payments made to women by Mr. Trump or his associates are independent of the campaign.

To this intuitively obvious fact — very few people would think paying hush money is a legitimate campaign expenditure — those eager to hang a charge on Mr. Trump typically respond that he made the payments when he did because of the looming election.

That may be true, but note that the same is true of the entrepreneur, who instructs his counsel to settle the lawsuits pending against him. Further, note that in both cases, while the candidate has no legal obligation to pay at all, the events that give rise to the claim against him are unrelated to the campaign for office.

Paying them may help the campaign, but the obligations exist “irrespective” of the run for office. Mr. Trump’s alleged decade-old affairs occurred long before he became a candidate for president and were not caused by his run for president.

Further clinching the case, in writing its implementing regulations for the statute, the Federal Election Commission specifically rejected a proposal that an expense could be considered a campaign expenditure if it were merely “primarily related to the candidate’s campaign.”

This was done specifically to prevent candidates from claiming that things that benefitted them personally were done because they would also benefit the campaign.

And with that in mind, it is worth noting Mr. Cohen’s sentencing statement, in which he writes that he “felt obligated to assist [Trump], on [Trump’s] instruction, to attempt to prevent Woman-1 and Woman-2 from disseminating narratives that would adversely affect the Campaign and cause personal embarrassment to Client-1 and his family.”

Certainly Mr. Trump had many valid, non-electoral reasons for trying to keep these allegations quiet, most notably family harmony, protecting family members (especially his young son, Baron), and preserving his future viability as a television personality in case he lost the election.

Indeed, it is quite probable that many of those now baying for Trump’s scalp for illegal campaign contributions would be leading a charge to prosecute Trump for illegal “personal use” of campaign funds had he made the payments from his campaign treasury.

Finally, by ignoring these other parts of the statute and its implementing regulations (which carry the force of law), the prosecutors attempt to make the “for the purpose of influencing any election” language a subjective test that would, but for the plea bargain, be decided by a jury.

But that is incorrect. The test is intended as an objective test of campaign-related expenditures.

Renting campaign office space, printing bumper stickers and yard signs, hiring campaign staff, paying for polling, and buying broadcast ads are all obligations that exist for the purpose of influencing an election. Paying hush money to silence allegations of decade-old affairs is not.

When faced with the vague, sweepingly broad “for the purpose of influencing any election” language, the Supreme Court has consistently restricted its reach to brightly defined rules.

For example, in determining whether a public message was an “expenditure” made “for the purpose of influencing any election,” it has construed the later phrase to apply only to messages “expressly advocating” the election or defeat of a candidate, such as “vote for,” “vote against,” “defeat,” “re-elect,” and the like, or to other clearly defined messages that are the “functional equivalent” of that express advocacy.

In short, Michael Cohen is pleading guilty to something that isn’t a crime. Of course, people will do that when a zealous prosecutor is threatening them with decades in prison. But his admissions are not binding on President Trump, and Trump should fight these charges ferociously.

Many Americans have convinced themselves that Trump is a uniquely dangerous and bad man, such that any available tool should be used to expel him from office. But in that way lies the bigger threat to our democracy and rule of law.

In A Man for All Seasons, Sir Thomas More’s future son-in-law, Roper, states that he would “cut down every law in England” if it would enable him to catch the devil.

To which More responds:

"And when the last law was down, and the Devil turned ’round on you, where would you hide, Roper, the laws all being flat? This country is planted thick with laws, from coast to coast, Man’s laws, not God’s! And if you cut them down, and you’re just the man to do it, do you really think you could stand upright in the winds that would blow then? Yes, I’d give the Devil benefit of law, for my own safety’s sake!"

We do ourselves no service by distorting and misapplying our campaign-finance laws in the hope of bagging Donald Trump.