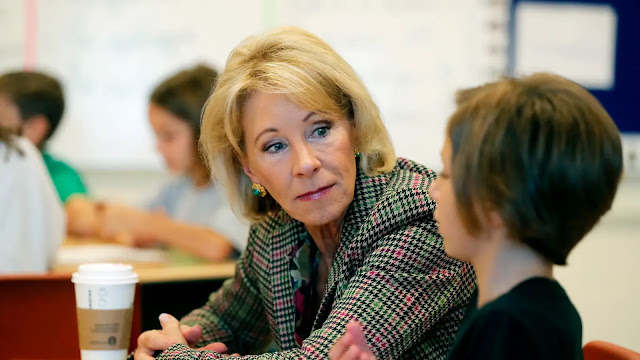 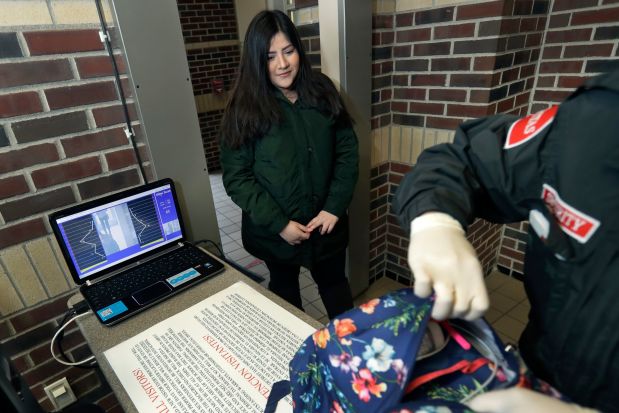 A high-school student goes through a metal detector at her school in Detroit, March 8. Photo: Carlos Osorio/Associated Press

There are some interviews a journalist never forgets. I remember the time a father in Harlem explained to me why he had pulled his son out of the neighborhood public school and enrolled him in a nearby charter school.

The father was tall and thin. He kept both hands in his pockets as we stood talking, but he had a very expressive face. I thought he was going to tell me that the charter school had smaller classes or better graduation rates. Instead, he wanted to talk about something most parents take for granted when they send Johnny and Susie off to school each morning: physical safety.

He didn’t take it for granted. He told me the atmosphere at the old school had been chaotic, that bullying was rampant, and that his son, a sixth-grader at the time, had become terrified of the place. One day the boy was attacked by other students in the school lavatory, and the father got a call to pick him up from the hospital. It was the final straw. “I didn’t know anything about charters,” said the father. “I was just looking for an escape.” After the new school assured him his child would not have to worry each day about being assaulted by his classmates, he was sold.

I thought about that family last week when news broke that Education Secretary Betsy DeVos was revoking an Obama-era policy on school discipline.

The letter stated that even if a school’s suspension policy “is neutral on its face—meaning that the policy itself does not mention race—and is administrated in an evenhanded manner,” the district could still face a federal civil-rights investigation if the policy “has a disparate impact, i.e., a disproportionate and unjustified effect on students of a particular race.”

The result is that more schools have been disciplining fewer students in order to achieve racial balance in suspension rates and stay out of trouble with the federal government.

Civil-rights lawsuits are embarrassing—to be accused of racial discrimination is often tantamount to being found guilty of it. They’re also expensive to fight, and the federal government has far more resources than any school district.

The easier course for schools is to pretend that students from different racial and ethnic groups misbehave at similar rates. School safety becomes secondary.

In Oklahoma City, principals told teachers not to request a suspension “unless there was blood.”

Schools in Wisconsin that followed the guidance also saw subsequent reductions in math and reading proficiency.

Like other liberal advocates of school-discipline reform, Arne Duncan, who was serving as President Obama’s education secretary when the guidance was issued, insisted that blacks are suspended at higher rates than other groups only because school officials are racially biased. “It’s not caused by differences in children,” he said. “It is adult behavior that needs to change.”

Yet many of the schools where these uneven discipline rates persist have minority principals and no shortage of minority teachers and administrators.

What would be their motive for singling out black and brown kids for suspensions and expulsions, unless those students’ behavior warrants it?

And why shouldn’t we expect to find varying rates of misbehavior among racial and ethnic groups in school, when that is exactly what we find outside school?

The bigger problem with these antisuspension crusades is that they ultimately harm the groups they are supposed to help.

After New York City made it more difficult to remove troublemakers from the classroom, schools with the highest percentages of minority students were more likely to experience an increase in fighting, gang activity and drug use.

A federal report on school crime and safety released last year by the National Center for Education Statistics found that 25% of black students nationwide reported being bullied, the highest proportion of any racial or ethnic group.

Some kids go to school to learn, while others go to generate disorder. If we want to narrow racial gaps in academic achievement, policies ought to prioritize the needs of the former—and a school stripped of its ability to effectively discipline students will be hard-pressed to effectively teach them. Don’t believe me? I know a father in Harlem you should talk to.

https://www.wsj.com/articles/obamas-racial-preferences-made-schools-dangerous-11545767080?mod=hp_opin_pos2
Posted by Frances Rice at 11:52 AM