Remember When Three of Obama's Former Secretaries of Defense Blasted Him? 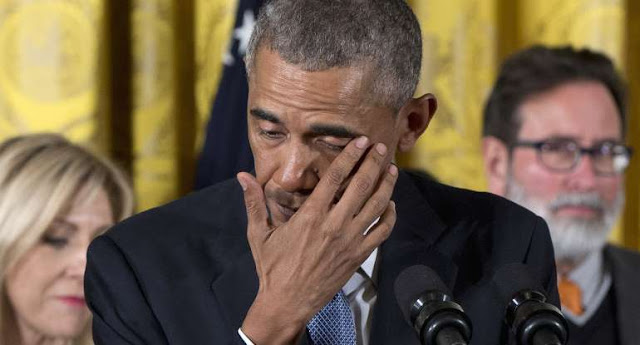 Did you enjoy all that time between the announcement of Secretary of Defense James Mattis’s resignation and the Democrats’ politicization of it? I believe it was about five seconds. The news is certainly disappointing.

Thanks to the leadership of President Trump and Secretary Mattis, tremendous progress has been made in cleaning up the mess left behind by Barack Obama—most notably against ISIS. In fact, the success in “defeating” ISIS was cited as Trump’s reason for announcing the United States’ withdrawal from Syria.
…
Unlike his predecessor, Trump has deferred much of his military strategy to the advice of his generals, but Mattis’s disagreement over this withdrawal and the reduction of troops in Afghanistan was a major reason for his decision to resign.

This latest high-profile departure quickly had Democrats running to the cameras to attack Trump. They’re not alone though. Several Republicans have already expressed concern over the resignation—citing Trump’s disagreements with Mattis in particular.

Let’s be honest here: The departure of a secretary of defense over foreign policy and military strategy differences is hardly a new thing.

Obama’s first secretary of defense, Robert Gates, resigned without incident in 2011, but would later criticize Obama’s role as commander in chief in his memoir published a few years later. It revealed a troubled relationship between Obama and the Pentagon.

Gates – who was first appointed to his post by former President George W Bush – revealed, in a series of swipes that are surprisingly combative coming from such a senior former official, problems between the White House and the Pentagon that made for troubling relations at the very highest levels.

“All too early in the administration,” Gates wrote, “suspicion and distrust of senior military officers by senior White House officials – including the president and vice-president – became a big problem for me as I tried to manage the relationship between the commander in chief and his military leaders.”

Perhaps most damagingly, he also alleged that Obama did not believe in his own strategy for ending the war in Afghanistan, which he was “skeptical if not outright convinced ... would fail,” and that he was skeptical at best about the leadership of the country’s president, Hamid Karzai.

“The president doesn’t trust his commander, can’t stand Karzai, doesn’t believe in his own strategy, and doesn’t consider the war to be his. For him, it’s all about getting out,” wrote Gates.

In 2013, Obama’s second secretary of defense, Leon Panetta, resigned after less than two years on the job over frustrations with Obama.

Panetta also wrote a memoir revealing disturbing details about his time in the Obama administration, and told of Obama’s repeated decisions to ignore his advice, citing specifically “the withdrawal of all troops from Iraq in 2011, the failure to intervene in Syria’s civil war by arming rebels and the abrupt reversal of Mr. Obama’s decision to strike Syria in retaliation for using chemical weapons on civilians.”

In 2014, shortly after the midterm elections that saw Republicans take control of the U.S. Senate, Barack Obama fired Secretary of Defense Chuck Hagel over, you guessed it, policy and strategy disagreements. Hagel said in an interview a year later that the Obama White House tried to “destroy” him and that they had no strategy for fixing Syria.

More disturbing than anything that has come out thus far regarding Mattis’s resignation is that Obama’s fiercest critics of his foreign policy and military strategy have been his secretaries of defense.

In April 2016, all three of Obama’s former secretaries of defense at the time—Gates, Panetta, and Hagel—blasted Obama in interviews for a Fox News special called “Rising Threats, Shrinking Military.”

These are stunning comments coming from three of Obama’s former secretaries of defense, and they are incredibly insightful regarding what was going on behind the scenes during Obama’s presidency.

Unlike Trump’s presidency, which has seen repeated military victories and advancements, Obama’s tenure as commander in chief was full of military missteps and setbacks.

Where was the concern over the period of several years when Obama’s former defense secretaries were revealing the incompetence, mismanagement, and politicization of the military by Barack Obama?

Remember, Obama’s military failures were front and center for all to see, yet we never saw the panic from Democrats about Obama’s leadership, our dwindling military readiness, the lack of strategy, etc., that they have now over the resignation of Mattis—even as Gates, Panetta, and Hagel were sounding the alarm over Obama's inexperience and leadership failures.

The Trump-Mattis military strategy, in contrast, was clearly an effective one, and I hope that despite the disagreements that led to Mattis resigning, Trump is making his decisions based on advice from other generals who believe these moves are the right thing to do.

Obama spent years politicizing the military at the cost of readiness, effectiveness, and victory.

Mattis’s shoes will be tough to fill, but hopefully, Trump will nominate someone who will have as much success with him as Mattis did.
_____

Matt Margolis is the author of The Scandalous Presidency of Barack Obama and the bestselling The Worst President in History: The Legacy of Barack Obama. His new book, Trumping Obama: How President Trump Saved Us From Barack Obama's Legacy, will be published in 2019. You can follow Matt on Twitter @MattMargolis