An American veteran's 'palladium' for liberty 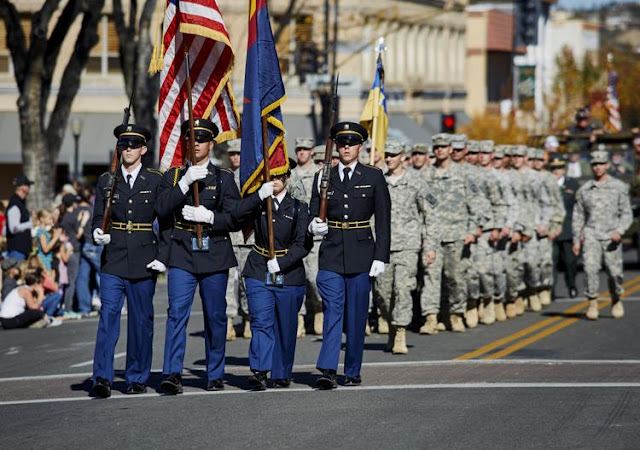 “Our forefathers wisely knew that the U.S. Constitution would be utterly worthless to restrain government legislators unless it was clearly understood and could be enforced by the people.”
– Charles R. Olsen

After witnessing human indignity and lost liberties during World War II, when a Marine returned home he had one goal: He wanted to continue serving America and prevent it from succumbing to the evil malignities of socialism and fascism. He was not an academic, an author, a writer, or even a critic. But Charles R. Olsen shared a common bond with one of our wisest of founders, Ben Franklin; he was a printer. As he labored in thought how to prevent Europe’s tragedies from occurring here, he chronicled what had happened there. Each country where he fought to resurrect their liberty was subjugated by socialist regimes when the citizenry ceased participating in their judicial systems.

Charles R. Olsen, author of "The Citizens Rule Book," was an ordinary patriot who experienced the holocaust of a war that would have never taken place if citizens had been vigilant. When he set foot on American soil he realized our liberties are a gift from God, not government, and no earthly bureaucrat has the right or the authority to take them from us. As he proceeded to pen his thoughts about why America was so free and how to preserve its peace and freedoms, he remembered the words of Thomas Paine: “He that would make his own liberty secure, must guard even his enemy from oppression; for if he violates this duty, he establishes a precedent that will reach to himself.”

Experiencing first hand the horrors of fascism and socialism, he concluded the citizens allowed this to happen; one bad law at a time. None of these countries surrendered their freedom overnight. It took place candidly as a complacent citizenry looked on. Although some cared, too many did not. It was his desire to send Americans a message, to protect their freedoms and rights; they must recall their past heritage and participate in the judicial process.

“We can have all of the rights in the world but if we do not use them to our advantage, others will use them for theirs.”
– Charles R. Olsen

Since the first step in confiscating civil liberties is to take control of the legal process, the courts are the immediate target for all dictators. He wrote, “Your right as a juror is to cast your vote of guilt or innocence by only that which is right under the laws of God.” The First Amendment was born out of this concept. He recalled a passage he had read in the Minneapolis Star: "What Judges Don't Tell Juries.” Our Constitution gave the juries a role to protect us against political oppression. And this jurisprudence was never questioned. But through evolution and dilution of our liberties under bad laws, cases are won or lost interrupting laws that set precedents which have eroded democracy.

While judicial law states juries have the power to return a verdict of guilty or not guilty determined by “facts”, not just the rule of law, few jurors know it. He claims courts do not allow counsel or their defendants to inform jurors of this duty or right. And those who attempt to do this are considered in contempt of court. Because of this, juries that were originally conceived as a safety valve to soften bureaucratic rigidity by making common sense decisions, no longer act in that capacity.

“If the citizens educated themselves they could teach judges a lesson in civics."
– Charles R. Olsen

He considered educating citizens on the judicial process as the most important part of his booklet. He supported his beliefs with a compilation of quotes from our founders and salient select works to support constitutional law. Since all government is local, it’s our local courts that establish the basis for interruption of cases appealed to the Supreme Court. If they are not interpreted with wisdom as they pertain to law, our judicial system fails. This will open the doors to socialism, dictatorship and fascism. He explains that our nation's founders provided our court system to insure that we, not an army of politicians, judges, lawyers, and bureaucrats, are the ones running our nation. He said one juror can stop tyranny with a not guilty vote. And every juror should know; it is their duty to do this.

He explained we are moving quickly away from a country of republican law and headed toward a land of judicial law making. This is taking place in every court in the land because citizens forget; they are the judge and the jury. For when the process reaches the Supreme Court, it is out of their hands. When law is decided in the courts, it is no longer a “jury of peers” but a “jury of judges”; and that is no jury at all. It becomes a courtroom of unelected attorneys judging laws instead of citizens.

“Common Law is common sense and is rooted in the Ten Commandments.”
– Thomas Jefferson

Olsen believed voting is the most important right a citizen has to protect liberty. His most powerful vote is on a jury. He has more power than a president, Congress, and all Supreme Court justices. Congress only legislates, the president issues orders, and judges make decisions. But the jurors interpret law, and decide innocence or guilt. It is the citizens in court rooms across America that have the greatest influence on laws. And its bad decisions influenced by judges that empower the government over the citizen in determining law by setting bad precedent. Thus, those acting in the name of government are interpreting and rewriting law rather than a “group of common citizens.”

Cicero told us, “The people shall be the highest law.” Our most enlightened colonial citizen Thomas Paine also wrote a short pamphlet on “Common Sense” law for the average man. This resulted in a revolt against British tyranny. Charles Olsen was a working class printer who returned to our nation with a mission to save us from the sanguinely murderous horrors of war. He too realized it was the duty of common citizens to insure we decided the meaning of our laws, not the judges or the courts.

While witnessing fellow Americans die for the freedom of others on foreign soil, Olsen pondered: Who would do this for us if we stop defending the rights granted to us in our Constitution? Is it not the foundation of our liberty? Isn’t it better to defend it than lose it, then have to fight to win it back?

Olsen observed what happened when citizens were told to surrender their rights for the good of the state? Once they did, the state never worked for their common good.

“In a socialist state no matter how it is framed, if government controls the courts and the laws, it controls you.”
– Charles R. Olsen

General Douglas MacArthur once said, “The soldier above all others prays for peace.” Frustrated veterans return to America after witnessing what can happen in a country when citizens do not do their civic duty at all levels of government. They lose a liberty each time a bad local law is passed or a good one is not defended. One returning veteran who wanted to maintain peace and freedom in America did something about it. He gathered documents and works of our founding and printed a pamphlet for every American to read: So they never forget that “Liberty once lost, is lost forever.”

Olsen wrote this book to impress on citizens that they have a duty to protect their rights, which are mostly abridged in our courts. What happens in these forums, determines what rights they lose when they are not on the jury in the Supreme Court. He included a copy of The Declaration of Independence, the Commandments, The Constitution and Bill of Rights. Over three million copies of his book have been sold by the Whitten family and distributed by The Informed Jury Association.

“These are the tools given to us by our founders and they are our only palladium for liberty.”
– Charles R. Olsen