Question for ABC and CBS: Will Ashley Bianco Get Her Job Back? 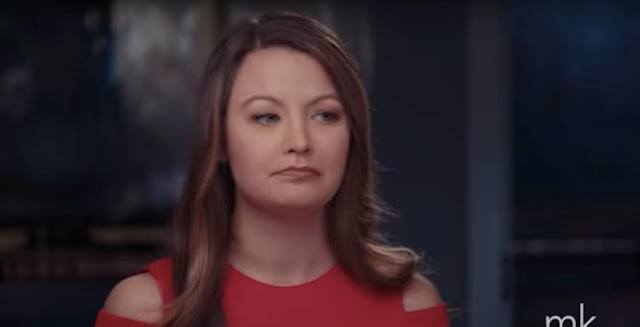 If you're late to this mess, go watch the shocking tape of ABC News anchor Amy Robach venting on a hot mic about the network refusing to air the scoop she landed on Jeffrey Epstein in 2016 -- which she said was powerful and corroborated.

The video of Robach's off-air comments was captured this past August, shortly after Epstein's alleged suicide in federal custody.  After it was made public, ABC News and Robach put out somewhat dubious statements about its contents, and the network didn't address the issue on air.  It did, however, take aggressive action to seek out and destroy the person responsible for leaking the tape.

ABC leadership tracked down the perceived culprit, who had recently taken a producing job at rival CBS, and evidently urged their competitor to fire her.  CBS complied.  Neither network is commenting on the matter.

In an exclusive interview with Megyn Kelly, Ashley Bianco insisted that although she was the person who marked the clip in ABC's internal system at the time (many people saw Robach's comments as they happened, Bianco says, including at affiliates that were taking the feed), she did not access it after that day, and did not leak it.

Fighting back tears, Bianco said she's not the leaker, and that she was fired by CBS without any explanation or ability to defend herself.

Some of her answers ("office gossip") sounded a bit strange to me (I also wondered about the timing of her leaving ABC just days before the Robach tape finally dropped, which ABC likely perceived as another piece of incriminating circumstantial evidence), but overall, she came across as a young woman frightened by the sudden and stunning loss of her career.  And her innocence in this caper appears to have been confirmed by the actual leaker, who released an anonymous statement through Project Veritas:

To those wrongfully accused: It is terrible that you have been lashed out at by the company. I know some may put the burden of guilt on me, but my conscience is clear. The actions of the company towards you are the result of their own and not anyone else. The public outcry, from coast to coast, of all people, creeds, and political affiliations, is clear. I have not one doubt that there will always be support for you, and you will have prosperous careers. For neither you, nor I, have done anything wrong...To ABC News: I sit right here with you all in complete shock. I, like many, are at a loss for words on how this has been handled. Instead of addressing this head-on like the company has in the past, it has spun into a mission of seek-and-destroy. Innocent people that have absolutely nothing to do with this are being hunted down as if we are all a sport. I challenge all of you to actually look inwards and remember why this company engages in journalism.

Bianco told Megyn Kelly that she'd never even heard of Project Veritas until this episode blew up her life.

The true whistleblower specifically said that he or she selected Project Veritas as the recipient of the leak "for the sole reason that any other media outlet else would have probably shelved this as well. I thank all of them, and James [O'Keefe], for seeking truth."

O'Keefe has also affirmed that the person through which he came to possess the Robach tape is not Ashley Bianco, and in fact is still employed by ABC.

This looks absolutely awful for ABC, with CBS playing a bad, supporting role.  Members of the news media operate on a creed of 'truth to power' journalism and transparency.

ABC appears to have spiked important reporting, then raced to punish their own whistleblower (who reportedly has no legal recourse to challenge her termination), enlisting the cooperation of a top competitor in order to collect the wrong scalp in the process.

They've arguably obstructed the truth about a powerful and dangerous man and his friends, they've retaliated against someone suspected of exposing that reality, and they've operated with opacity and against accountability.  How would they treat such actions if they were undertaken by a subject of their hostile reporting, be it a politician or another influential figure?

And as for the young woman whose job was nuked -- apparently unjustly, based on panicked, rushed assumptions -- where does she go to get her reputation and career back?

If ABC has a better explanation for all of the choices they've made, they should make that case publicly, in a detailed and transparent manner.  They're doing the opposite, and one of the industry's top watch dogs is effectively snoozing through the whole thing.

CNN’s @brianstelter failed to cover the ABC News-Jeffrey Epstein story on @ReliableSources today. The network has yet to discuss it on-air to date. 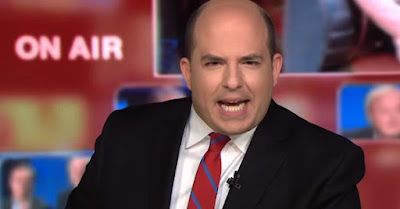 “Fox” was mentioned 18 times on his show compared to “ABC” once (unrelated). @dcexaminer https://www.washingtonexaminer.com/news/cnns-stelter-continues-network-on-air-blackout-on-abc-news-not-running-epstein-story …

And the media wonders why huge swaths of the country doesn't trust them.