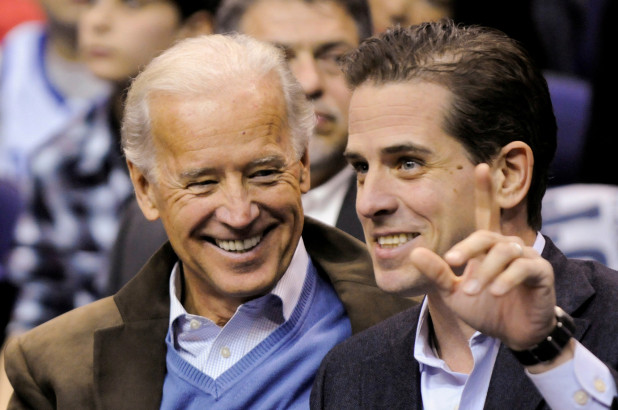 Of all the supposedly shocking revelations that have emerged from the impeachment hearings this week, here’s one that the Democrats in Congress hope you don’t hear about: The Obama White House knew that Hunter Biden’s extremely lucrative appointment to the board of the Ukrainian gas company Burisma, which occurred the month after his father was named the administration’s “point person” on Ukraine, reeked of corruption — and they didn’t do anything about it.

In Congressional testimony Friday, former Ukraine ambassador Marie Yovanovitch confirmed for Rep. Elise Stefanik (R-NY), that in 2016 the Obama State Department privately ran her through a series of practice questions and answers to prepare Yovanovitch for her Senate confirmation hearing.

Stefanik confirmed that one specific question Yovanovitch was asked to prepare for was, “What can you tell us about Hunter Biden’s being named to the board of Burisma?” Incredibly, Yovanovitch later testified that the State Department told her to deflect any questions she might get about Hunter Biden and Burisma by referring Senators’ questions to the vice president’s office.

This admission regarding her senate confirmation prep session was startling, and it flatly contradicted a prior statement Yovanovitch had made in the hearing: “Although I have met former vice president several times over the course of our many years in government service, neither he nor the previous administration ever raised the issue of either Burisma or Hunter Biden with me.”

Rep. Stefanik proceeded to hammer this point. “For the millions of Americans watching, President Obama’s own State Department was so concerned about potential conflicts of interest from Hunter Biden’s role at Burisma that they raised it themselves while prepping this wonderful ambassador nominee before her confirmation,” Stefanik said. “And yet our Democratic colleagues and chairman of this committee cry foul when we dare ask the same question that the Obama State Department was so concerned about.”

This is not a trivial point. Central to the case for impeaching Trump is the assertion he was targeting a political rival and had no legitimate basis for investigating Biden’s potential corruption.

If the Obama administration thought the vice president’s son as much as a $1 million a year and, as the Wall Street Journal recently reported, dropping Hunter Biden’s name to get meetings at the State Department was a problem, well, the case for impeachment is much harder to make.

It also speaks to the circumstances which triggered the impeachment hearings. Various national security and State Department bureaucrats have emerged from the woodwork to condemn Trump’s alleged quid pro quo with the Ukrainian president. If the State Department was concerned about corruption in the vice president’s office in 2016, why were they directing bureaucrats to avoid answering questions about it? Where were the whistleblowers and patriotic truth-tellers then? One unavoidable conclusion is that congressional Democrats and federal bureaucrats developed their sudden interest in the White House corruption only after Trump won an election.

Mark Hemingway is a senior writer at RealClearInvestigations. Twitter: @Heminator