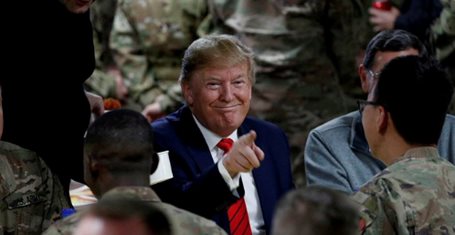 President Trump made a surprise visit to troops in Afghanistan on Thanksgiving Day. The president departed Joint Base Andrews on Wednesday evening to make the 13-hour secret flight to Bagram Air Force Base, arriving shortly after 11 a.m. EST.

According to reports, many measures were taken to conceal the president's unscheduled trip. The president took off from an undisclosed airport in Florida on Wednesday night around 7 p.m. EST. to travel to Joint Base Andrews. He then boarded Air Force One, which had been removed from its usual tarmac location and housed inside a hangar. Staff accompanying the president had their cellular devices collected before takeoff and the White House scheduled tweets from the president's Twitter account.

President Trump met with Afghanistan President Ashrav Ghani before serving meals to troops, taking pictures and speaking to those gathered at Bagram Air Force Base.

"There’s nowhere I’d rather celebrate this Thanksgiving than right here with the toughest, strongest, best and bravest warriors on the face of the Earth," the president told the troops.

Trump also announced peace talks with that Taliban have been restarted after the president broke off talks following a bombing in September that killed an American soldier and 11 other people.

Around 12,000 troops remain in Afghanistan, down from around 14,000 that had been there earlier this year. The president said he plans to bring more troops back from Afghanistan.

The president is now back to the United States.

President Trump speaking with U.S. troops in Afghanistan in a surprise visit for Thanksgiving: "There’s nowhere I’d rather celebrate this Thanksgiving than right here with the toughest, strongest, best and bravest warriors on the face of the Earth." 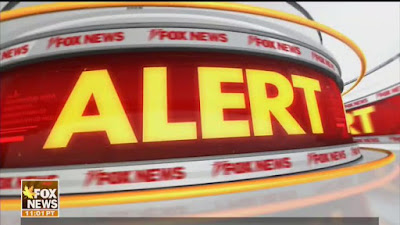 US troops in Afghanistan break out chanting USA! USA! as President Trump surprises them for Thanksgiving 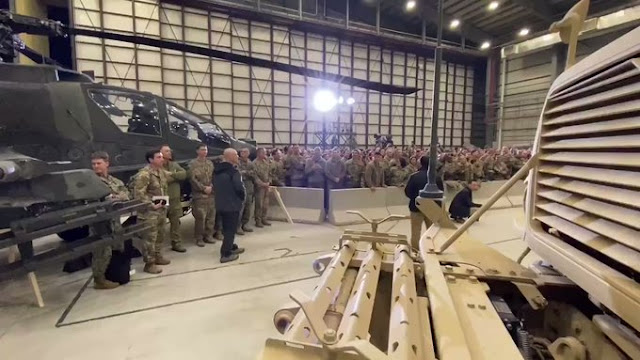 #NEW: Pres. Trump during a surprise Thanksgiving visit to the troops in Afghanistan, says peace talks with the Taliban have resumed: 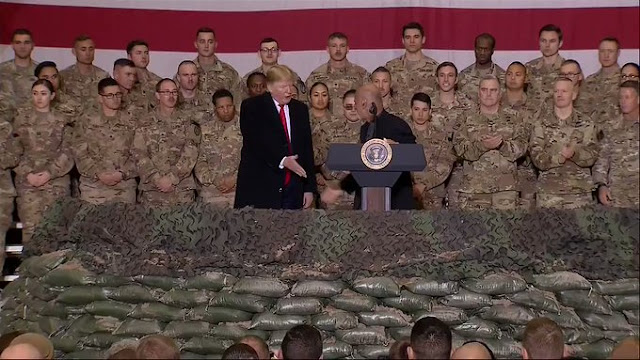 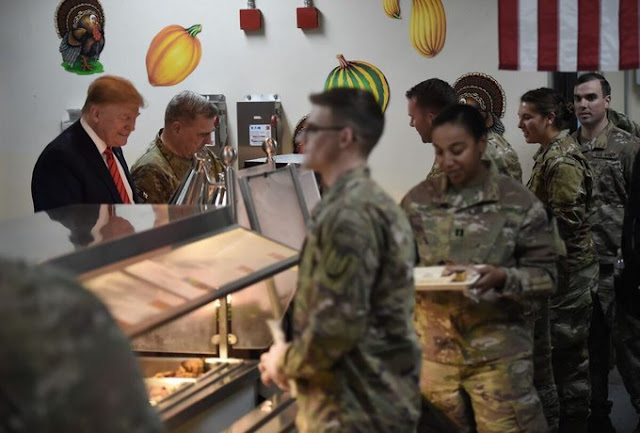 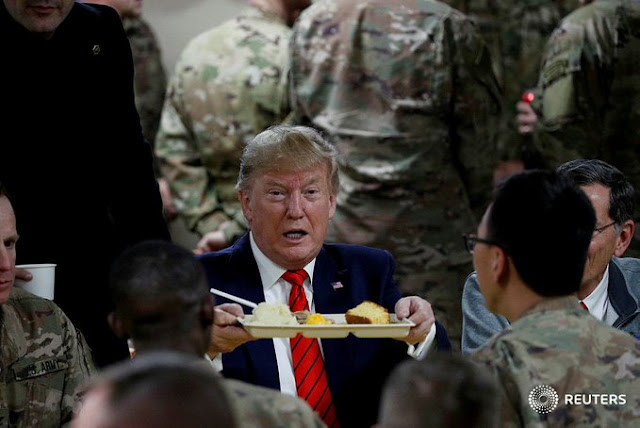 President Trump visited our troops at Bagram Airfield in Afghanistan.

We have an amazing President! 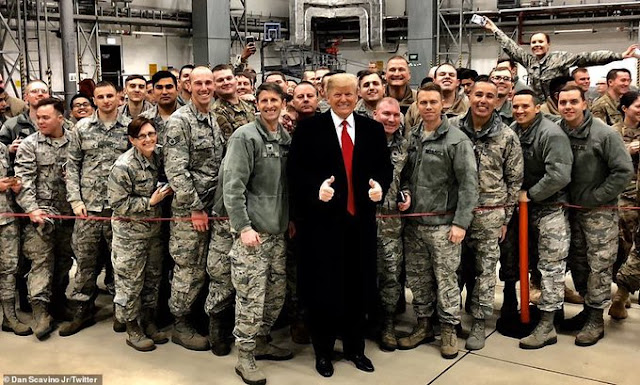