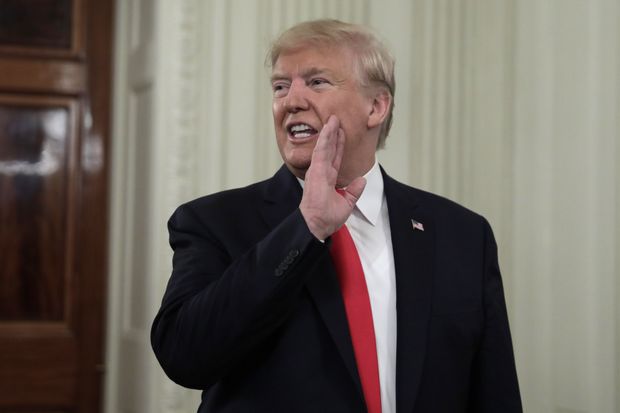 His conflict with his staff over Ukraine was nothing compared with Obama’s decision to leave Iraq.

The latter feeling predominated during two weeks of impeachment hearings. The case, which doesn’t strike me as strong, should be that Mr. Trump withheld, or threatened to withhold, congressionally mandated military aid for Ukraine for an illegal purpose. But the witnesses who were supposed to be harmful to Mr. Trump weren’t. They failed to establish, or even argue, that Mr. Trump’s concern with the Biden role in Ukraine, or Ukraine’s role in the 2016 election, was illegitimate.

State Department witness George Kent testified that he himself upbraided Ukrainian officials for ending an investigation of Burisma, Hunter Biden’s employer, which U.S. taxpayer dollars had helped support. He called for—guess what?—an investigation: “I would love to see [Ukraine’s government] find out who the corrupt prosecutor was, and who took the bribe, and how much he was paid.”

William Taylor, another presumably hostile State Department witness, was sufficiently open to the agenda of his outsider president to propose that an official other than Ukrainian President Volodymyr Zelensky make the wished-for announcement, “in coordination with Attorney General Barr’s probe into the investigation of interference in the 2016 elections.”

Like a dinner-theater detective, Mr. Schiff shouts “Aha!” at every confirmation of what has been obvious since the White House released its own transcript of the Trump call with Mr. Zelensky. The Trump administration was keen on arming Ukraine and supporting its new government to exact a cost from Vladimir Putin. That is, everybody in the Trump administration except the president himself, who was cool or indifferent to this agenda but intruded only occasionally to push the Biden talking point.

His staff, apparently appreciating who actually received votes from the electorate, busied itself at times trying to reconcile Mr. Trump’s agenda with their own. And yet, in the manner of factotums everywhere, the agenda they ended up delivering was their own—Ukraine got its arms and presidential meeting—while Mr. Trump’s fell through the cracks.

Mr. Trump is chaotic, unschooled and politically motivated, but only the first two qualities differentiate him from other presidents. He cares only about “the big things,” Ambassador Gordon Sondland testified. Isn’t that the job description? If President Obama’s staff had been as successful as Mr. Trump’s, U.S. troops would never have left Iraq. Yet Mr. Obama was entitled to make the trade-off he did, unfortunate as it was. Securing re-election is the first thing any president owes his supporters. It’s what makes our system go ’round.

Unfortunately, the media, in the grip of narrative-itis and its own partisan myopia, leaves no fact or logical premise unmolested. Numerous outlets peddle the fallacy that election meddling is what economists call a rivalrous good: If Russia engaged in it, Ukraine couldn’t have. An NBC reporter, lacking any bombshells, proclaims that a “bombshell” is the word “more” in an official’s recollected impression that Mr. Trump “cared more” about investigations than he did about Ukraine.

The national media is an idiot at this point to keep the name of the whisteblower, which they’ve known for weeks, from the public. His identity and motives are unquestionably newsworthy. The media exists to report newsworthy information. All the press does is sow distrust about what other news it’s hiding.

Most tellingly, any number of journalists, including the New Yorker’s David Remnick, distinguished themselves by mocking the opening statement of Rep. Devin Nunes without bothering to recognize what the Intelligence Committee’s ranking member was driving at. In fact, Mr. Nunes unloaded a partisan blast that accurately and relevantly reprised Mr. Schiff’s greatest hits during the Russia collusion folly, including outing Mr. Schiff as the likely source behind false stories retracted by CBS, CNN and MSNBC based on a lie about the date on a Don Jr. email.

Why this matters is obvious to half of America. The House can impeach for any reason it wants. In the hierarchy of reasons not to impeach Donald Trump, first and foremost is that it would be terrible for the country. It would be seen by many as an extension of a persistent campaign to invalidate an election and delegitimize a president who, whatever his opponents think of him, has acted with uncustomary fidelity to the promises he made to voters.

If we would not stir up bitterness to last a generation, matters need to be resolved with an election. Of course, incumbent upon Democrats is picking a candidate who offers a referendum on Trump and Trumpism, rather than one hoping to exploit a disturbed moment in our history to advance an agenda most Americans don’t want.

Another wild card is the media itself, in this peculiar moment in its institutional life. A stupefying corollary of its lapse into Trumplike dishonesty is its stupefying inability to see the damage it has done to its own credibility. A sick feeling tells me this will be a factor too, and perhaps dangerously so, in how the 2020 race comes out.

https://www.wsj.com/articles/winning-was-trumps-high-crime-and-misdemeanor-11574466051
Posted by Frances Rice at 7:10 AM