Impeachment Has Been Their Plan All Along 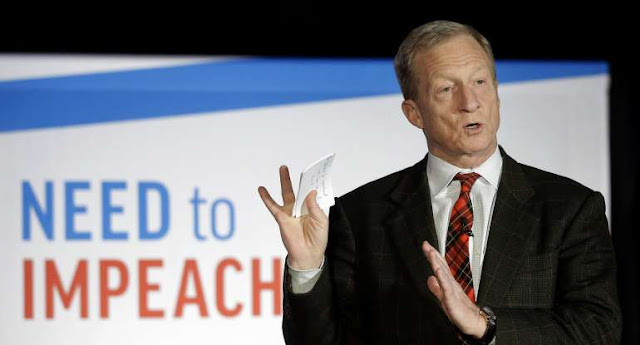 Impeaching Donald Trump has captured the headlines, and promises to keep everyone glued to cable television through Election Day 2020.

What if I told you that was the plan all along?

Leftist activists, the Democratic National Committee, their billionaire benefactors, and representatives of some of the world’s largest charitable foundations came together in the days following Donald Trump’s election. At a meeting deliberately planned for Inauguration Day 2017, they finalized the resistance.

They called the resulting report The Plan To Kick Donald Trump’s Ass.

This plan, first reported by the Washington Free Beacon in 2017, included working directly with social media giants to access and manipulate their data, planting news stories in the mainstream media critical of President Trump, mounting campaigns against his policies, framing everything he does through a racial lens, and normalizing violence in the streets as a form of resistance.

Their goal? To box Donald Trump in and ensure that he would never be “normalized” in American culture.

The amount of money dedicated to these efforts is staggering. Tracing the sources of that dark money has proven elusive.

Donald Trump served as a flashpoint, but his election also revealed a larger, longer-reaching goal of the money interests on the left. Whittaker Chambers once wrote, “In the United States, the working class are Democrats. The middle class are Republicans. The upper class are Communists.”

Indeed, it is that upper class that really controls most of the leftist protest movements in America, while pretending that such movements are bottom-up and grassroots. The puppet masters of leftist campaigns conceal themselves by design, while granting the entire progressive movement the appearance of an organic, grassroots uprising devoid of Wall Street and corporate interests. The romantic notion of a people-led, voice-of-the-little-guy movement in the nostalgic image of the protests of the 1960s belies the true inner workings. They make false claims of the will of the people while hiding their actions to influence policy from the public.

The most prolific donors to leftist causes – the George Soroses, the Tom Steyers, the Michael Bloombergs – hold significant sway over these movements. As an example, Tom Steyer succeeded in getting an extensive and radical environmental statement into the platform of the Democratic National Committee, after his NexGen Climate Solutions SuperPAC made a $1 million donation to help pay for the 2016 convention. Steyer is also the loudest voice in favor of impeachment, making large donations to the campaign accounts of the most pro-impeachment Democratic lawmakers.

The money from billionaires pales in comparison, however, to the money from the largest non-profits on earth. While Tom Steyer, for example, gave $73 million to Democratic causes and candidates in 2018 (according to OpenSecrets.org), non-profit foundations dwarf this amount. One example is the William and Flora Hewlett Foundation, which sits on somewhere in the neighborhood of $9 billion in assets and annually makes grants on the order of half-a-billion to environmental organizations.

That’s just one foundation. There are dozens more, granting hundreds of millions more every year, funding the most radical organizations of the professional left in America.

Donald Trump serves as the target of the resistance, but he is merely a symptom. Those who wish to fundamentally transform America’s constitutional republic use him as the boogeyman, exploiting the raw emotions of voters. This results in things like antifa taking over the streets in coastal cities, conservative speakers getting banned on college campuses, and Speaker of the House Nancy Pelosi bowing to the ever-more-radical base in her own party and agreeing to proceed with impeachment, against her own political survival instincts.

So when you hear Nancy Pelosi state that things have changed, and impeachment is now required, understand that a vast apparatus has been plotting for years to make it happen. One is reminded of William Randolph Hearst in 1897 who, in his zeal to sell more newspapers, published incendiary articles about Cuban freedom fighters resisting Spanish rule. When his writers and illustrators reported that no civil war was materializing, Hearst replied, “You furnish the images, I’ll furnish the war.” Three weeks later, the U.S.S. Maine exploded in Havana Harbor. Hearst eagerly pounced on the story, and the rest is history.

Who is furnishing today’s history?

Jeff Reynolds is the author of the book, Behind the Curtain: Inside the Network of Progressive Billionaires and Their Campaign to Undermine Democracy. You can follow Jeff on Twitter @ChargerJeff.

https://pjmedia.com/trending/impeachment-has-been-their-plan-all-along/
Posted by Frances Rice at 10:06 AM