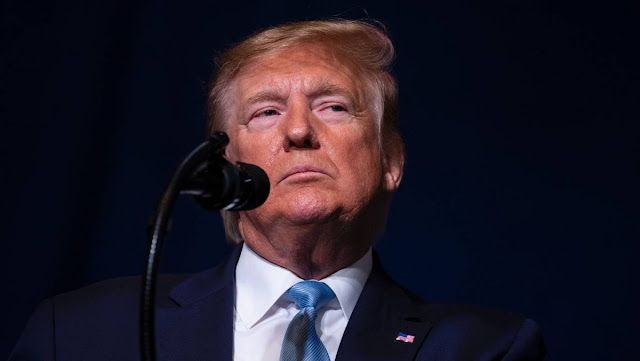 It’s really a shame how the once credible Congressional Black Caucus (CBC) has degenerated into being a puppet of the Democratic Party and its interests — not those of its black constituents.

The most recent example is the CBC’s totally dishonest comments on the Trump administration. It’s Dec. 19 press release, stated in part:

"Black people have lost a lot since President Trump was sworn into office. The list of regressive and racist policies proposed by Donald Trump’s administration is long and sad. To add insult to injury . . . he has never championed a single policy or program for black people."

What an outright lie!

The CBC is being dishonest with its own black constituents.

Here are the facts:

On unemployment, the Trump economy has reduced the black unemployment rate to record lows averaging 5.4 percent over the past four months.

As to black women, the CBC obviously missed The Wall Street Journal September 20 editorial stating that the greatest employment gains for full-time year-round workers in 2018 were among minority female-led households including a 4.2 percentage point increase among blacks. And, the poverty rate among female households declined 2.7 percentage points for blacks.

I guess the CBC would consider that a loss for blacks.

The CBC would have us believe that none of these statistics benefit blacks.
As the saying goes, "a rising tide lifts all boats."

I guess to the CBC, this doesn’t apply to blacks.

The liberal-leaning Brookings Institution, in an October Report, "Black Household Income is Rising Across the United States," found otherwise.
It should be required reading for the CBC.

Among the report's findings was that among the top five U.S. metropolitan areas with the largest black populations, there were significant increases in median black household incomes in the five-year period 2013-2018.

The report also notes that the metro areas in the West and South recorded the largest statistically increases in black median household incomes.

What accounts for these positive changes?

The report said that one likely factor is "employment opportunity" and stated that there was a "positive, significant association between the change in black employment rates and black median household incomes across the metro areas from 2013 to 2018."

The CBC would have you believe that these increases in income and the decrease in unemployment of blacks is because Trump "inherited" Obama’s economy.

There is no way the economic gains we have seen since the president came into office would have occurred with the Obama and the Democrats' tax, spend and regulate philosophy of government. The success we are experiencing is because of the president’s — not Obama’s — policies.

Trump’s tax cuts continue to bring tax relief to American small businesses, thereby boosting disposable income for most households. His actions reducing the scope and cost of federal regulations have been an essential ingredient in the increase in new jobs, rising wages, and low unemployment.

I guess the CBC would call these policies "racist and regressive" and of no benefit to black Americans.

As to the CBC’s allegation that the president "never" championed a "single policy or program for black people," it's obviously unaware that the president’s 2020 budget request devoted significant resources to school choice programs to benefit low-income children trapped in failing inner city schools.

Do they think vouchers and school choice for poor students are "regressive and racist?"

I assume that the CBC would also consider the president’s championing of the First Step Act and criminal justice reform to reduce sentences of thousands of prisoners and expand job training programs to decrease recidivism to be "regressive and racist" even though 91.3 percent of prisoners with reduced sentences were black.

Let’s not forget the president’s support and advocacy of Opportunity Zones to incentivize investment in low-income communities or increasing federal funding for Historically Black Colleges and Universities (HBCU) by more than $100 million over the last two years, a 17% increase since 2017.

Does the CBC consider these efforts to be "regressive and racist" and of no benefit to black people?

Barack Obama may have been the first president sharing the same skin color as his fellow black Americans and members of the CBC, however, it's Donald Trump whose economic and social policies benefit black Americans.