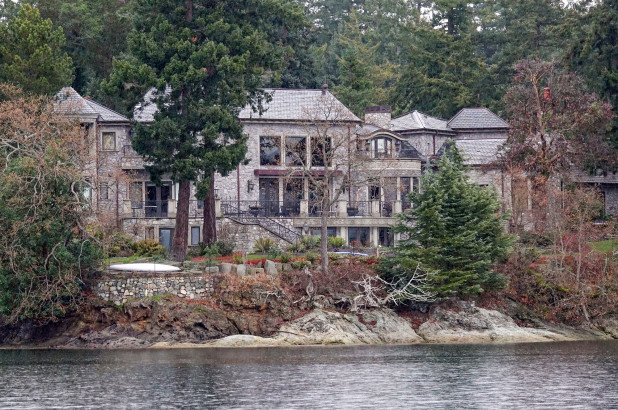 The US $14 million waterfront mansion in North Saanich on Victoria Island in Canada was the perfect stronghold for Prince Harry and wife Meghan Markle to plot an abdication.

As bunkers go, Meghan’s is as luxe as it gets.

There’s a battle-ready stone turret, of course, in the $14 million Vancouver mansion where the Duchess this week will wait out the tense Megxit negotiations across the pond.

Built of gray boulders and ringed by evergreens, a crystal blue bay, and new, six-foot security fencing, the mansion had been a perfect stronghold for plotting an abdication — as Meghan and Prince Harry did over a six-week Christmas vacation there with baby Archie.

Called “Mille Fleurs,” the estate is now the perfect fallout shelter for Meghan as Prince Harry meets Monday in Britain with his roiled royal family.

The emergency peace talks will take place at the Queen’s Sandringham estate. Meghan is expected to join in what the British press is calling the “Sandringham Summit” — but by telephone.

It will be the first family meeting since the couple’s bombshell announcement last week that they intend to step down as “senior” royals, become financially independent, and split their time between the UK and “North America.”

The summit agenda is a long one, and mostly involving money and duty, the Sunday Times of London revealed.

Among the items for discussion is how much “official” royal work the two will continue to do in the UK and abroad on behalf of the family.

They’ll decide if the two will keep their “HRH” titles, the Times said.

The two have so far held on to the potentially marketable titles, even signing last week’s announcement as “Their Royal Highnesses, The Duke and Duchess of Sussex.” 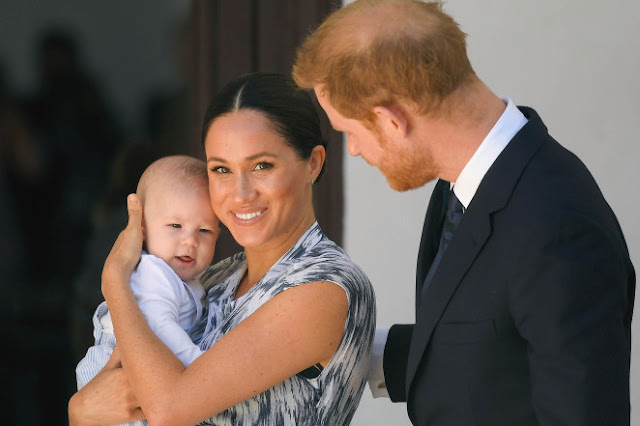 Prince Harry, Duke of Sussex and Meghan, Duchess Of Sussex with baby Archie.WireImage

They’ll also discuss how much money they can expect to receive from the Queen and from Harry’s father, Prince Charles, who reportedly funds 95 percent of the couple’s expenses, with taxpayers footing the remaining 5 percent.

They’ll also discuss what commercial deals the couple might be free to strike, the Sunday Times reported.

Then there’s security. Will the pricey armed protection squads that currently guard the couple and their eight-month-old son be maintained at their current levels? Will they be downgraded to cheaper officers toting only Tasers?

Whatever is decided, it better be quick. The Queen, 93, has put her sensibly shod foot down and demanded Prince Harry and Meghan Markle strike a Megxit deal with the palace within 72 hours, meaning by Tuesday, the UK’s Sun reported.

Prince Harry won’t leave until they do, the paper reported.

Meanwhile, Meghan has no plane ticket back to London — she’d taken a budget, $175 one-way a one-way flight back to Canada and the baby after just three days with Harry in the UK last week, fooling the paparazzi, who’d expected she’d be on a private jet, the Daily Mail reported.

She has no royal duties on her schedule, and she’s even flown her dogs to Canada.

It’s unclear if she’ll even be able to gain British citizenship, a process with a strict three-year residency requirement. Meghan has dug in on the North America side of things.

It was at the picturesque mansion, in the flickering glow of chandeliers and roaring fireplaces, that she and her Prince ripped up the royal rule book and hatched “Megxit” — a move that has turned the monarchy upside down and drawn the wrath of the public and the royal family.

The Sussexes had spurned the mandatory December family retreat at Sandringham in favor of huddling up with Meghan’s mother, Doria Ragland, and a coterie of the duchess’ old friends — including “Suits” actress Abigail Spencer and fashion stylist Jessica Mulroney, the daughter-in-law of former Canadian Prime Minister Brian Mulroney.

Canada had already become an adopted homeland for the Duchess while she filmed seven seasons of the cable legal drama “Suits” in Toronto.

So she turned to her childhood pal, actress Katharine McPhee, whose music-producer husband, David Foster, hooked the royals up with Mille Fleurs, rumored to be owned by a Russian billionaire.

The 10,000-square-foot home, complete with a game room, media room and pizza oven, would make a cozy base camp while Meghan, 38, and Harry, 35, finalized their decision to go rogue.

Initial reports from palace sources had that the Queen was furious that the Sussexes made their announcement despite her express instructions that they wait until a thorough plan is ironed out.

Charles and Prince William were reportedly “incandescent with rage.”

Now, though, reports are that Charles is worried Harry is continuing to struggle with the mental-health issues that arose with the 1997 death of his mother, Princess Diana.

And William is despondent over the broken bond with his brother, the Sunday Times of London reported.

“I’ve put my arm around my brother all our lives and I can’t do that any more; we’re separate entities,” he told a friend.

If Britons have their way, there’ll be a hard Megxit — with 54 percent of respondents to a Daily Mail poll saying the pair should be stripped of their royal titles.

Nearly 80 percent say the couple should get no support from either the royals — Charles reportedly funds 95 percent of the couple’s expenses — or taxpayers, who pay the remaining 5 percent.

But Meghan and her prince will never be paupers. Both are solid millionaires in their own right, according to Business Insider.

Harry’s $25 million personal fortune is comprised of an inheritance from Diana, and an annual allowance from his father. Meghan, who pocketed $40,000 per episode while filming “Suits,” is worth around $5 million.

Still, the two have signaled that they want to start earning. 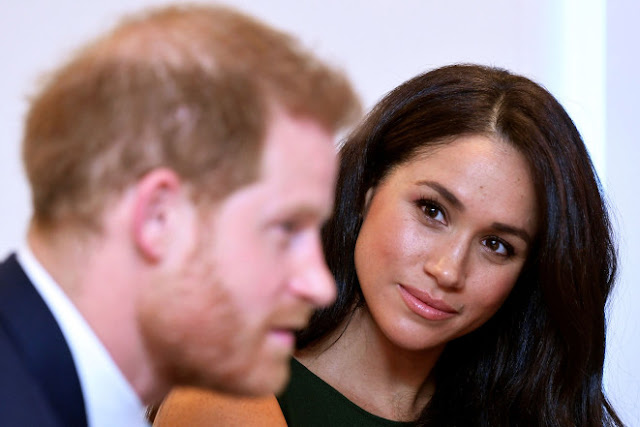 Meghan began dipping her toes back into an acting career before the Canada holiday, recording an undisclosed voice-over role for Disney.

Royals can’t accept payments, so Disney instead made a donation to a pet charity of the couple, Elephants Without Borders.

The story of Sarah, the Duchess of York, serves as a cautionary tale, said Patrick Jephson, Princess Diana’s former chief of staff.

Sarah Ferguson, a k a Fergie, made a killing in the US following her dramatic 1996 divorce from Prince Andrew, in which she kept the right to call herself “Duchess.”

She was the face of Weight Watchers, endorsed Avon and Wedgewood, and put her name to a number of books. But following money woes and seemingly no shortage of scandal, she’s become a bit of a joke.

Said Jephson: “There is a blurred line between celebrity and royalty, and royal people cross it at their peril.”

Meanwhile, they have already trademarked a slew of products — including clothing, stationery and possibly their own magazine — with the “Sussex Royal” brand.

If Harry and Meghan are willing to give up their royal titles once and for all, the sky is the limit for their earning potential.

British branding expert Mark Borkowski told The Post they could each expect to snag at least half a million dollars per talk, and could sign a production deal with an outlet like Netflix or Apple for their own documentary channel.

“With the kind of work that Meghan and Harry want to do, they have to be free from palace protocol and politics,” he said. “You can’t speak out properly with the palace breathing down your neck.”

Jephson told The Post Meghan and Harry have worked hard to “maintain a growing US network of friends and advisers.”

The couple are said to have taken guidance from Barack and Michelle Obama, who have their own multimillion-dollar production deal with Netflix.

They have also had advice from other American power figures including Hillary Clinton, who made a recent visit to Harry and Meghan’s home, Frogmore Cottage, on the grounds of Windsor Castle — which has just undergone a $3.1 million renovation at taxpayer expense, and which the couple reportedly intend to keep.

Harry is equally responsible for this week’s announcement, an insider told The Post, despite blame being pointed at his wife.

“They made this decision together. This was not Meghan deciding for the both of them,” the insider added. “She’s been vilified for the most minute actions — from making avocado toast to her British Vogue ‘Changemakers’ cover. Show me one person who could withstand this.

“Harry is a man who loves his wife, his child and their family they’re creating together. These are two people eager for a fresh start.”

https://pagesix.com/2020/01/12/inside-the-canadian-fortress-where-prince-harry-meghan-markle-plotted-megxit/
Posted by Frances Rice at 9:49 AM