BREAKING: President Trump Announces He Will Sign Phase One in China Trade Deal on January 15th 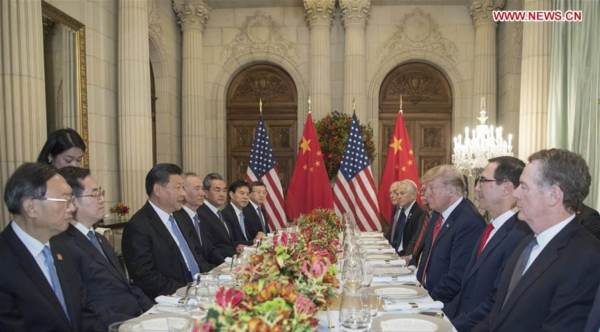 President Donald Trump announced earlier this month the United States and China agreed to a phase-one trade deal. President Trump added the announced tariffs scheduled for December 15 on Chinese goods had been called off.

This is a major success for President Trump. His naysayers said it would never happen and Trump would ruin the economy.

His critics were wrong.

On Tuesday, the final day of 2019, President Trump announced he will sign Phase One in the China trade deal on January 15th in the new year.

I will be signing our very large and comprehensive Phase One Trade Deal with China on January 15. The ceremony will take place at the White House. High level representatives of China will be present. At a later date I will be going to Beijing where talks will begin on Phase Two!

This is terrific news.

https://www.thegatewaypundit.com/2019/12/breaking-president-trump-announces-phase-one-in-china-trade-deal-will-take-place-on-january-15/
Posted by Frances Rice at 10:05 AM