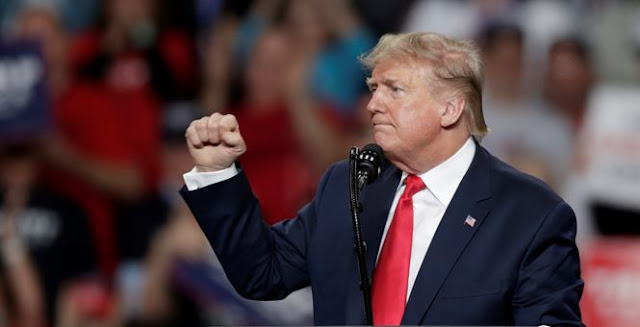 Sorry folks. It looks like this trial is not over yet. Although the Senate voted down the option to call forth more witnesses Friday night, the actual vote on the two articles of impeachment, abuse of power and obstruction of Congress, has been delayed until next Wednesday at 4 p.m. ET, following a few rounds of closing arguments. The new schedule means the vote is arriving the day after President Trump is delivering his fourth State of the Union.

The White House predicted the timing will give Trump the opportunity to deliver a "one-two punch."

WH's Eric Ueland on State of the Union, followed by impeachment verdict votes back to back: It's a strong one-two punch..We believe that both these elements you'r geoing to see play out next week help bring focus to the president successes, where he's going to take the country.

Sen. Lisa Murkowski (R-AK) put an extra nail in the coffin for the Democrats' plan to call additional witnesses when she revealed her "no" vote on Friday.

Senate Majority Leader Mitch McConnell said that this should be the last straw. The House Democrats had their chance to try and make a case and they blew it.

"There is no need for the Senate to re-open the investigation which the House Democratic majority chose to conclude and which the Managers themselves continue to describe as “overwhelming” and “beyond any doubt,” McConnell said in a statement on Friday. "Never in Senate history has this body paused an impeachment trial to pursue additional witnesses with unresolved questions of executive privilege that would require protracted litigation. We have no interest in establishing such a new precedent, particularly for individuals whom the House expressly chose not to pursue."

Democrats have been clamoring to call former national security adviser John Bolton as a witness, especially after the manuscript for his new book leaked. In it, Bolton reportedly claims that President Trump did tie Ukrainian aid to an investigation of Joe and Hunter Biden and their ties to a corrupt Ukrainian gas company, Burisma Holdings.

Trump responded by sharing a clip of Bolton telling the press that his phone call with Ukrainian President Zelensky was nothing but "warm and cordial" and that Trump was intent on rooting out corruption. He said nothing about his re-election.
https://townhall.com/tipsheet/cortneyobrien/2020/01/31/trial-vote-delayed-until-next-wednesday-n2560512