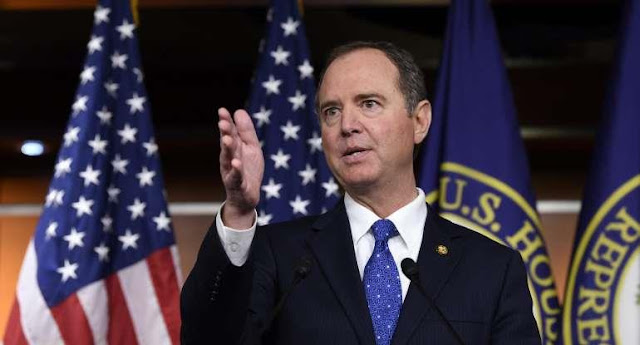 On Wednesday, House Speaker Nancy Pelosi led Democrats in approving a measure to finally forward the articles of impeachment passed on December 18 over to the Senate for a trial. Pelosi had held up the articles after insisting that Trump needed to be impeached as soon as possible because he posed an imminent threat to the 2020 election. Democrats also approved seven impeachment managers, headed by Rep. Adam Schiff (D-Calif.).

"We are here today to cross a very important threshold in American history," Pelosi said before the mostly partisan vote (228-193). She recalled her long opposition to impeachment and then blamed Trump for forcing her hand. "He crossed a threshold. He gave us no choice."

Yet the speaker's own actions suggest she did indeed have a choice. Contrary to her protestations that Trump needed to be removed as soon as possible, Pelosi delayed the process by refusing to hand over the articles of impeachment once the House had voted on them. She claimed that since Senate Majority Leader Mitch McConnell said he would coordinate with White House counsel — as Senate Democrats did during Clinton's impeachment — the Senate trial would not be fair.

That claim proved particularly rich, given the underhanded manner in which Democrats prosecuted the impeachment hearings. The push began with a "whistleblower" inside the CIA who coordinated with Schiff's office in crafting his report! For some reason, Democrats took at face value former Vice President Joe Biden's assertions that his son Hunter had done no wrong in getting a lucrative job at a notoriously corrupt Ukrainian gas company while Biden was the Obama point person on Ukraine.

Democrats insisted that Trump had asked Ukrainian President Volodymyr Zelensky to investigate potential corruption only as a political tactic against Joe Biden, rather than in an attempt to get to the bottom of what seems at the very least a conflict of interest. Pelosi tried to turn a policy dispute into an impeachable offense, and Democrats seized on a situation that is difficult to explain to an average voter.

Worse, when the White House raised a routine executive privilege defense to some congressional subpoenas, House Democrats decided not to wait and challenge the matter in court but rather to add another article of impeachment for "obstruction of Congress."

For these and other reasons, McConnell condemned the impeachment as an exercise in partisan rage. "House Democrats want to create new rules for this president because they feel uniquely enraged," he argued. "This is by far the thinnest basis for any House-passed presidential impeachment in American history." He condemned it as "the most rushed, least thorough, and most unfair impeachment inquiry in modern history."

After Pelosi refused to deliver the articles to the Senate, McConnell repeatedly called her bluff, and Pelosi finally caved last Friday after Republicans introduced a measure enabling the Senate to nullify an impeachment passed by the House if the speaker did not forward the articles to the upper chamber.

Indeed, this measure makes a great deal of sense, since Pelosi had effectively pocket-vetoed her own impeachment.

Rather than prioritizing the impeachment after the New Year, the House speaker rushed a toothless War Powers Resolution to condemn Trump's decision to kill Quds Force leader Qasem Soleimani.

Rep. Collin Peterson (D-Minn.) was the lone Democrat voting against sending the articles on to the Senate. He had voted against impeachment and he also joined Republicans in signing a letter to the Supreme Court, urging a reconsideration on abortion cases such as Roe v. Wade (1973).

The trial is set to begin next week.

Even CNN Admits: 'Pelosi Gambled and Lost on Impeachment Delay' 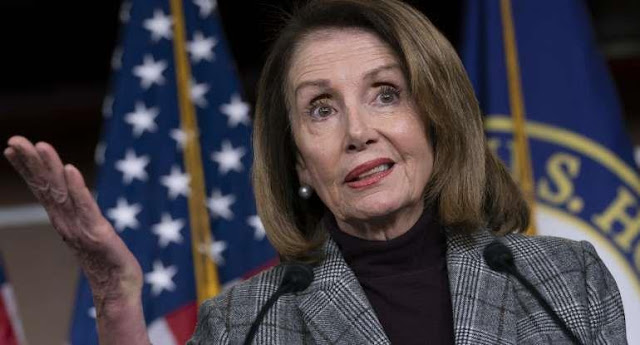 When the Democrat Speaker of the House of Representatives (and I use the word "representatives" very broadly here. God knows they're more about representing themselves and their own interests than the voters in their districts) has lost CNN, you know she has messed up. Tremendously. Epicly.

In a new piece for CNN.com, Editor-at-Large Chris Cillizza explains to his readers -- 99% of them progressive Democrats, of course -- that Speaker Pelosi has truly botched her impeachment gambit. Her announcement that she'd send the impeachment articles to the Senate this week, Cillizza writes, "amounts to a stark concession that her plan to delay that action for nearly a month failed."

"Pelosi's goal was simple: To try to force Senate Majority Leader Mitch McConnell's hand. Pelosi wanted to use her possession of the articles of impeachment to yield promises and/or compromises from McConnell -- most notably on the issue of witnesses being allowed to be called in the Senate trial," he continues.

However, there was one minor problem: "Except that McConnell wasn't playing ball."

"The leverage she imagined she possessed to get McConnell to accede to her wishes didn't exist," the CNN editor continues. "McConnell was perfectly happy waiting while Pelosi held on to the articles of impeachment, probably believing rightly that these sorts of delaying tactics would look like just more Washington funny business to the average person."

Pelosi's mistake, he concludes, basically boils down to her underestimating "the extent to which the Senate, by its very nature, resists being told what to do in any way, shape or form." The Senate, he goes on to write, "has never liked being told what to do by the House," regardless of which power is in power. "Each body views itself as an independent fiefdom, governed by its own rules and codes of conduct. The idea of one chamber telling the other what to do is simply anathema -- no matter which party is in charge of each."

When Pelosi refused to send over the articles of impeachment, progressives everywhere -- but especially in the old, corporatist and radical leftist Media Cartel -- hailed her for being a master strategist. Oh yes, she was showing Mitch McConnell how it was done. Pelosi was Girlboss. Awesome. Fantastic. Majestic. She was the new and improved Sun Tzu.

Only there was one issue with that talking point: Pelosi is, as Mark Levin frequently explains on his radio show, a horrible strategist. She may not be stupid as such -- I highly doubt anyone with an IQ of, say, 65 would become Speaker of the House -- but an Intellectual Heavyweight she is not.

Clearly, Pelosi made such a mess out of it that even CNN is now forced to admit that, well, she failed. Miserably.

The good news? It seems likely that Pelosi will remain the Democrats' leader in Congress for quite a while to come. If that isn't good news for President Trump, I don't know what is.