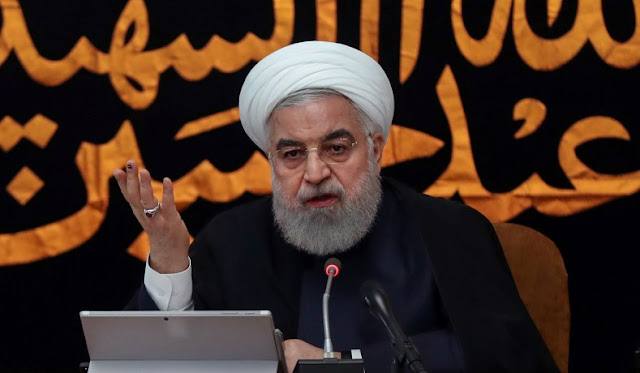 For all the current furor over the death of Qasem Soleimani, it is Iran, not the U.S. and the Trump administration, that is in a dilemma. Given the death and destruction wrought by Soleimani, and his agendas to come, he will not be missed.

Tehran has misjudged the U.S. administration’s doctrine of strategic realism rather than vice versa. The theocracy apparently calculated that prior U.S. patience and restraint in the face of its aggression was proof of an unwillingness or inability to respond. More likely, the administration was earlier prepping for a possible more dramatic, deadly, and politically justifiable response when and if Iran soon overreached.

To retain domestic and foreign credibility, Iran would now like to escalate in hopes of creating some sort of U.S. quagmire comparable to Afghanistan, or, more germanely, to a long Serbian-like bombing campaign mess, or the ennui that eventually overtook the endless no-fly zones over Iraq, or the creepy misadventure in Libya, or even something like an enervating 1979-80 hostage situation. The history of the strategies of our Middle East opponents has always been to lure us into situations that have no strategic endgame, do not play to U.S. strengths in firepower, are costly without a time limit, and create Vietnam War–like tensions at home.

But those wished-for landscapes are not what Iran has got itself into. Trump, after showing patience and restraint to prior Iranian escalations, can respond to Iranian tit-for-tat without getting near Iran, without commitments to any formal campaign, and without seeming to be a provocateur itching for war, but in theory doing a lot more damage to an already damaged Iranian economy either through drones, missiles, and bombing, or even more sanctions and boycotts to come. If Iran turns to terrorism and cyber-attacks, it would likely only lose more political support and risk airborne responses to its infrastructure at home.

Iran deeply erred in thinking that Trump’s restraint was permanent, that his impeachment meant he had lost political viability, that he would go dormant in an election year, that the stature of his left-wing opponents would surge in such tensions, and that his base would abandon him if he dared to use military force.

There are several Iranian choices, but they are apparently deemed unattractive by the regime.

In a logical world, Iran could agree to revisit non-proliferation talks. But that for now would be too humiliating for the regime, a huge letdown after its prior bonanza of the Iran Deal. Any future negotiations would require snap inspections over the entire country, 100 percent transparency, and provisions about missiles and terrorism that would not lead to a deliverable Iranian bomb and therefore would seem an intolerable regression after the American giveaway of 2015.

Iran might go quiet for a while, and then revert to its past less-dramatic provocations. But the clock was already ticking from the sanctions. Tehran at least felt that the status quo was synonymous with its eventual disintegration and so in desperation hoped to trigger something or other that could lead to Trump’s political emasculation and a political reprieve.

We are now in an election year. Iran yearns for a return of the U.S. foreign policy of John Kerry, Ben Rhodes, Susan Rice, and Samantha Power, the naïveté that had proved so lucrative and advantageous to Iran prior to 2017.

Yet it is hard to see how Trump, if he is careful and selective in his responses to future Iranian escalations, will be damaged politically. His base, of course, and all Americans, quite rightly do not want another war even remotely resembling endless Middle East conflicts perceived as fought for great game dramas. But disproportionate one-off air responses in response to Iran’s future attacks would not require U.S. ground troops or likely not risk a general Middle East war. And they would do Iran’s assets real damage.

The current exchange is surreal in that it may be the first Middle East crisis in modern history in which neither oil nor the fury of the Arab world at U.S. military action is at least for now an overriding strategic consideration. The world has adjusted to Iran’s oil being off-market. The U.S. is nearing energy independence. Our rivals like China are the most concerned over tensions in the Strait of Hormuz. If Hezbollah strikes Israel, the counter-response would be overwhelming — and quietly also quite welcome in most Arab capitals.

There are no more neoconservatives of influence in Washington. Despite claims otherwise, they have zero influence over Trump.

Most are now fervent and bitter anti-Trump partisans. This past year, they could not decide whether Trump was a “Twitter tiger” appeaser or a provocative and dangerous bull in the Middle East china shop.

We are told his unpredictability creates “confusion,” but confusion and unpredictability are not always a disadvantage. In this case, both North Korea and China are both carefully calibrating U.S. reactions and are not quite sure what’s next.

Trump’s base is nationalist-populist and Jacksonian, not merely doctrinaire isolationist. “Don’t tread on me” translated into 2020 terms means something like “live and let live — or else.” If Iran hits the U.S. first, then the U.S. would shrug and hit Iran back harder — without any grand notions of preemption, ideological nation-building, regime-change agendas, ground wars, or larger policing commitments to international or allied interests. After the recent furor over Turkey in Syria, Trump’s base accepts that he is backing out of the Middle East firing, not firing to get in. How strange that his progressive opponents damned Trump for not exercising preemptive choices in Turkey to protect third parties, and damned him more for taking reactive action in Iraq to protect Americans.

In sum, a weaker Iran foolishly positioned itself into the role of aggressor, at a time of a shot economy, eroding military strength, waning terrorist appendages abroad, and little political leverage or wider support. China and Russia are confined to hoping the U.S. is somehow, somewhere bogged down. Europe will still lecture on the fallout from canceling the Iran Deal, but quietly welcomes the fact that Iran is weaker than in 2015 and weaker for them is far better. China wants access to Middle East oil. Russia has never objected to a major producer having its oil taken off the world market. Moscow’s Iranian policies are reductionist anti-American more than pro-Iranian.

The current Iranian crisis is complex and dangerous. And by all means retaliation must be designed to prevent more Iranian violence and aggression rather than aimed at a grandiose agenda of regime change or national liberation. But so far the Iranians, not the U.S., are making all the blunders.

NRO contributor VICTOR DAVIS HANSON is the Martin and Illie Anderson Senior Fellow at the Hoover Institution and the author, most recently, of The Case for Trump. @vdhanson