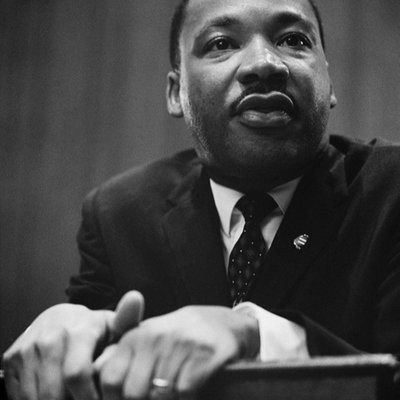 Today, we remember my late uncle, Dr. Martin Luther King Jr., whose vision was for equality and economic prosperity for all Americans. His dream gave our nation a new perspective that will have an impact for generations to come.

My uncle was the embodiment of bravery and courage and still inspires calls to action in our communities. As beneficiaries of his dream, it is incumbent upon us to never stop working for the advancement of our people.

I am grateful to have a President that believes in my uncle’s vision and continues to live out his legacy today.

As President Trump once said “…No matter what the color of our skin, or the place of our birth, we are all created equal by God.”

As we strive to uplift our community, remember that President Trump stands up for all Americans just like my uncle envisioned.

Without civil rights, we have no civil liberties 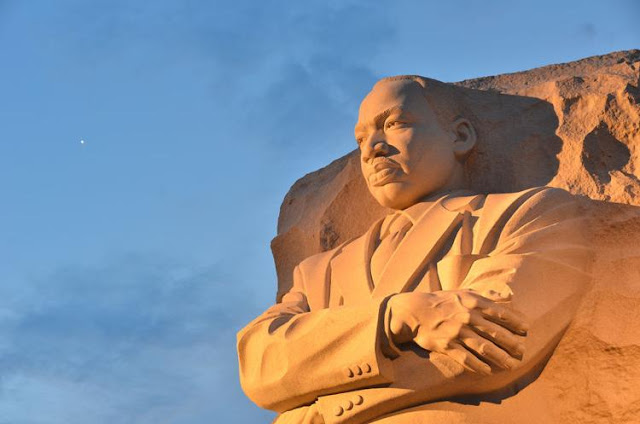 The Martin Luther King Jr Memorial located on the National Mall on the Tidal Basin in Washington D.C. - Shutterstock photo

“Nothing is unchangeable but the inherent and unalienable rights of man.”
– Thomas Jefferson

Protection of civil liberties and civil rights is the most fundamental of all political values in American society. Yet it is hard to imagine only 56 years ago American citizens of all races, ages, sexes, colors, creeds, religions and those with disabilities were not entitled to equally harvest the benefits they were entitled to.

This lack of equality entitlement  was due to the over 100-year long fight by the Democratic Party to deny equality of rights to all American citizens, focused on preventing black Americans from exercising their rights guaranteed in the Constitution by the Republican Party.

In a country established under republican legal methodology so the majority could never disenfranchise the minority, it took average citizens, not politicians, to venture forward from the shadows of America’s cloistered societal enclaves to spark national outrage over the cruelties inflicted on black citizens by Southern Democrats and correct these heretical incongruities.

This week, we commemorate the legacy of Dr. Martin Luther King and the value of human equality and the rights he labored for. It is a time we reflect on the salience of Dr. King’s ability to unite men and women of all colors to crusade against Southern segregation imposed on our nation by the Democratic Party.

While most of us champion the Civil Rights Movement of the 1950s and 1960s that was an extension of the fight for black equality in the 1860s, as well as the laboring of Dr. King for ending segregation in the Democratic Party controlled South, Dr. King’s efforts affected all of us.

The significance of Dr. King’s work and others who worked to purify the waters of our democracy is often overlooked since there is a “disconnect” between civil rights and civil liberties. Civil liberties, those listed in the Bill of Rights, are protected by the 14th Amendment’s due process clause.

Civil rights is the protecting of those rights from discrimination under the equal protection clause of the 14th Amendment enacted by the Republican Party. This ratifies the importance of the Civil Rights Act of 1964 that was made necessary after Democrats overturned the civil rights laws of the 1860s, which had been enacted by Republicans.

Since civil rights and civil liberties are synonymous, much like our nation’s quest for independence and self rule, the Civil Rights Movement, as indicated above, did not start and end in the 1960s.

At the beginning of the Convention of 1787, when Thomas Paine was denied entry into Philadelphia Hall and queried why, they told him his opinions on suffrage and slavery were too radical and they would be too disruptive to deal with at this time. As a result, slavery was not abolished and women were not given the right to vote in the new Constitution.

“The slavery of fear has made men afraid to think.”
– Thomas Paine

As a result of our founder’s inability to outlaw slavery and address the need to include equal voting rights at the Convention, it took 78 years of courageous civil disobedience and conflicts of brothers against brothers to end slavery. The conflicts of brother against brother during the Civil War ignited when the Democratic Party seceded from the Union to keep blacks in slavery and the Republican Party was founded as the anti-slavery party.

Republican President Dwight D. Eisenhower was on the front line of the fight for black civil right during the modern civil rights era. In 1957, he took action to protect black rights when the Warren court ruled in favor of Brown v. Board of Education and ended school segregation in the Democratic Party controlled South. Eisenhower proposed a powerful Civil Rights Act that protected voting and judicial rights as guaranteed by the 15th Amendment to the Constitution enacted by Republicans.

“The history of free men is never written by chance … but by their choice.”
– Dwight D. Eisenhower

Frustrated his first proposal had been gutted by then Democrat Senator Lyndon Johnson, in 1960 Eisenhower proposed a second Civil Rights Act to reinstate the provisions Johnson had slashed from his bill. And again the Southern segregationists hacked out key provisions before sending it to the floor, where it passed. It gave increased federal authority to enforce violations of America’s voting rights guaranteed by the 15th  Amendment to the Constitution and other civil rights guaranteed by the Constitution. Black Congressman Adam Clayton Powell Jr. remarked, “What this president just did was end 80 years of black political slavery.”

The 1964 Civil Rights Act restored the controversial provisions gutted from Eisenhower’s bill and outlawed segregation in all public places. But the bill stalled in the House Rules Committee when Chairman Howard Smith, a segregationist, vowed to kill it. The bill remained dormant until the assassination of John Kennedy.

By the time Lyndon Johnson took office, the 1964 Civil Rights Act had generated strong support from the North. It soon became imminent; Lyndon Johnson needed to get this bill that was championed by Senator Dirksen to the floor. But Democrat segregationists Robert Byrd and William Fulbright filibustered the bill for 83 days, arguing it would destroy “social order and bring racial impurity” to the South. After a great deal of pressure from Dr. Martin Luther King and a large number of black and white activists, the bill finally passed, with more Republicans than Democrats voting for that law.

“There is no deficit in human resources; the deficit is in human will.”
– Martin Luther King

Dr. King told us, “The time is always right to do what is right.” He and many other Americans made the ultimate sacrifice to protect our civil liberties and civil rights. The chapters of American history are filled with reforms led by visionary patriots who saw a wrong and made it right. They reshaped our social and cultural destiny to better align America’s socio-political order with our founders' ideas of equality, liberty and unrestricted opportunity. These were grassroots efforts led by those willing to work against an accepted system that was not working properly for all Americans and decided to correct its political and social flaws.

“He who dares not offend cannot be honest.”
– Thomas Paine

It is hard for young Americans to imagine this nation before the 1964 Civil Rights Act with Democrats fighting against black civil rights. Because too few are taught the true intrinsic value of the modern era Civil Rights Movement and how it brought awareness to the imparities in so many aspects of our lives. The 1964 Civil Rights Act revolutionized American society. It reinstated provisions that were in the civil rights laws of the 1860s. It barred segregation in public schools, restaurants and on public transportation. It outlawed employment discrimination. It banned voter disenfranchisement. It prohibited age, gender and religious discrimination, and it brought necessary protections to the rights of every American.

A society that is not constantly in transition is a society that has a limited life span. Change is an inevitable consequence in a world where evolution brings with it new opportunities and problems. As we adapt to address our current and future needs, we discover the sins of our past. If we correct those errors in judgment, we are able to meet our future cultural and social needs for survival. Dr. King and others who worked in the modern era Civil Rights Movement helped improve the lives of all Americans by working to bring us powerful weapons to protect our civil liberties and civil rights.

America was founded by zealous patriots who fought until we were a nation. And it will always be patriots like them who answer their call to duty when our country needs them to help keep America a great nation.

“There comes a time when one must take a position that is neither safe nor politic nor popular, but he must take it because conscience tells him that it is right.”
– Martin Luther King
____________


For additional information about civil rights history, see “Republicans and Democrats Did Not Switch Sides On Racism.”
http://blackrepublican.blogspot.com/p/the-party-of-civil-rights-by-kevin-d.html