A dozen compelling allegations of voting irregularities in 2020 election 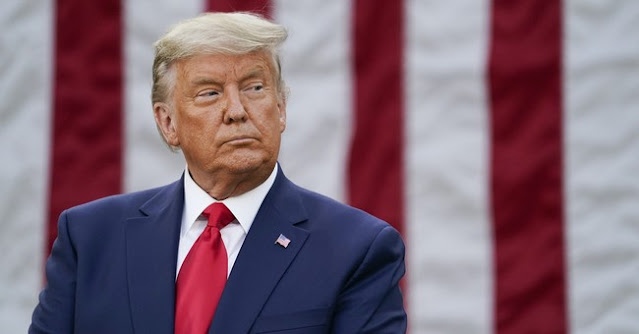 From ejected ballot observers to fraudulently backdated mail-in votes, the evidence of irregularities is growing nationwide.

While many Democrats and their allies in the traditional media argue there is no evidence of systemic voting irregularities in the Nov. 3 election, a mountain of evidence has been amassed in private lawsuits alleging there was, in fact, significant and widespread voting misconduct.

The question for the courts is whether the irregularities were widespread enough to impact the outcome or erase Joe Biden's lead in at least three of the six battleground states where results are being contested.

And while both President Trump's campaign and private entities like the Amistad Project are planning to file more lawsuits on Monday, Just the News reviewed the scores of filings and affidavits and declarations in the court cases.

Here are the 12 most compelling pieces of evidence presented to the courts as of Sunday night:

Of all the sworn statements to date, career civil servant Jessy Jacob of Detroit provided the most sweeping claim of election fraud.

She stated in an affidavit she personally witnessed — and in some cases was instructed — to backdate thousands of absentee ballots the day after the election to make them appear legal even though they were not in the Qualified Voter File and had not arrived by the deadline. "I estimate that this was done to thousands of ballots," her sworn statement says.

Jacob also described how in the weeks before Election Day she witnessed Detroit poll workers skipping voter ID checks and that she was "instructed by my supervisor to adjust the mailing date of these absentee ballot packages to be dated earlier than they were actually sent. The supervisor was making announcements for all workers to engage in this practice."

Jacob described 70 to 80 other poll workers who also were instructed to falsify ballots, potentially a massive fraud.

Wayne County Board of Canvassing member William Hartmann, a Republican, says in a sworn declaration that Michigan's largest county certified results knowing there were massive discrepancies between the approved voter files and the ballots cast and counted in Detroit.

"In my review of the results, I determined that approximately 71% of Detroit's 134 absentee voter counting boards were left unbalanced and many unexplained," his statement said.

Hartmann also raised concerns that birth dates in voter ID files "were altered in the pollbooks."

At least nine observers who watched an audit last week in Georgia's razor-thin election have signed affidavits swearing they saw suspicious mail-in ballots, almost uniformly cast for Biden. The ballots were in pristine condition and had no creases on them, meaning the ballots had not been mailed in envelopes as required, according to the affidavits.

"It was pristine. There was a difference in the texture of the paper — it was as if they were intended for absentee use, but had not been used for that purpose," Susan Voyles, a poll manager with two decades of experience, wrote in her affidavit about her time at a recount center in Fulton County. "There were no markings on the ballots to show where they had come from, or where they had been processed. I observed that the markings for the candidates on these ballots were unusually uniform, perhaps even with a ballot marking device."

Election officials divulged last week that thousands of uncounted ballots were discovered in Georgia, most favoring Trump, during a post-election audit. They include:

Just the News interviewed numerous Pennsylvania voters who say either their mail-in ballots were never counted or that someone else had appeared to request and obtained their mail-in ballots. A data scientist then projected from sampling that the problems were widespread.

In a sworn declaration, a respected mathematician says his analysis of election data and phone interviews with Pennsylvania voters raises questions about as many as 100,000 absentee ballots requested in the key battleground state where President Trump and Joe Biden are separated by just about 82,000 votes.

Williams College Professor Steven Miller, a Yale and Princeton trained math expert, said he analyzed Pennsylvania ballot data collected by former Trump campaign data chief Matt Braynard as well as 2,684 voter interviews conducted by a phone bank and found two concerning patterns. One involved possible votes that were not counted, the other ballots that appeared to be requested by someone other than a registered voter.

"I estimate that the number of ballots that were either requested by someone other than the registered Republican or requested and returned but not counted range from 89,397 to 98,801," Miller said in the sworn statement provided to Just the News.

Las Vegas Review Journal columnist Victor Joecks disclosed he signed a total of nine other voters' mail-in ballot envelops and eight of the ballots were accepted even though it was not the signature of the voter. That's an 89% failure rate for Clark County's signature validation techniques.

"It's unclear how much voter fraud took place in Nevada," Joecks wrote. "But it's clear signature verification isn't the fail-safe security check elections officials made it out to be."

Joecks discussed the security weaknesses in a podcast with Just the News last week.

Kelly Reagan Brunner, a social worker in the Mexia State Supported Living Center in Texas, was charged with submitting voter registration applications for dozens of facility residents absent signatures or effective consent, including some residents who are not even eligible.

"State Supported Living Centers serve people with intellectual and developmental disabilities," a press release from the Texas attorney general states. "Brunner submitted voter registration applications for 67 residents without their signature or effective consent, while purporting to act as their agent.

“Under Texas law, only a parent, spouse or child who is a qualified voter of the county may act as an agent in registering a person to vote, after being appointed to do so by that person. None of the SSLC patients gave effective consent to be registered, and a number of them have been declared totally mentally incapacitated by a court, thereby making them ineligible to vote in Texas."

Computer issue in Oakland County, Mich., blamed as a GOP incumbent belatedly declared winner after first being told he lost.

While it had appeared that incumbent Republican Adam Kochenderfer had narrowly lost an Oakland County commissioner election contest, it turned out that he had actually won.

"A computer issue in Rochester Hills caused them to send us results for seven precincts as both precinct votes and absentee votes," Oakland County Director of Elections Joe Rozell said in a text message, according to the Detroit Free Press. "They should only have been sent to us as absentee votes."

Due to an issue in Antrim County, Mich., it appeared that Biden had outpolled Trump according to the unofficial vote count. But it ultimately turned out that the president had actually beaten Biden in the county. According to a Nov. 7 statement from Michigan's Secretary of State, Democrat Jocelyn Benson, "user error" was to blame for the incorrect unofficial results.

"The error in reporting unofficial results in Antrim County Michigan was the result of a user error that was quickly identified and corrected; did not affect the way ballots were actually tabulated; and would have been identified in the county canvass before official results were reported even if it had not been identified earlier," according to the statement.

From Michigan to Pennsylvania, numerous GOP poll observers say they were ejected or improperly kept from monitoring ballot-counting in big city election centers. Bipartisan poll watching is supposed to be one of the most important protections against fraud.

David Shestokas, a Chicago-based lawyer who joined several dozen other lawyers and Allegheny County residents to poll-watch in Pittsburgh, said observers for campaigns “were maybe 15, 20 feet from many of the tables, in a coral. Other tables may have been 100-150 feet away."

"We literally had no input and no ability to watch anything," he said. "As far as I'm concerned, each and every one of those ballots was opened illegally."

A get-out-the-vote effort by a Nevada Native American group included a raffle with cash prizes, a tactic the Trump campaign says amounted to an illegal incentive to vote.

The Nevada Native Vote Project, a group that seeks to "increase civic participation of the Indigenous populations in Nevada," sponsored a "virtual raffle" during this year's presidential election, according to a post on the group's Facebook page.

The event, sponsored jointly with the Reno-Sparks Indian Colony, informed voters that they would be entered in a raffle if they sent in a photograph of themselves with an "I Voted" sticker and/or a "ballot completion form."

Marcos Raul Arevalo, 34, and 53-year-old Carlos Antonio De Bourbon Montenegro, aka Mark Anthony Gonsalves, were each charged with one count of conspiracy to commit voter fraud, eight counts of voter fraud, four counts of procuring and offering a false or forged instrument and four misdemeanor counts.