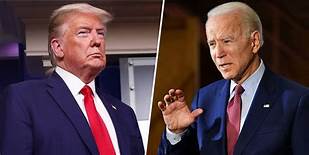 News outlets tell us that President Trump underperformed in key Midwestern states, compared with 2016. But that isn’t exactly true. Take Wisconsin: four years ago, Trump carried the state with 1,405,284 votes. This year, with 99% of the vote tabulated, Trump had 1,610,007 votes, more than 200,000 more votes than he received four years ago. Yet, we are told, he lost the state to the inept Joe Biden.

That seems unlikely. There were 3,684,726 registered voters in Wisconsin going into Election day. The total votes recorded in Wisconsin were 3,240,549. That would give Wisconsin a turnout of 88%. According to Ballotpedia, no American state in the period 2002-2018 has ever achieved a turnout rate of 80% or higher. For purposes of comparison, in 2016 Wisconsin had a 67 percent turnout rate. If you are credulous, you can believe that 21% more Wisconsinites voted this year, compared with the red-hot election of four years ago, and 248,000 more Wisconsinites turned out to vote for the charismatic Joe Biden this year than voted for Hillary Clinton four years ago. I think those numbers are almost certainly false, the result of ballot manipulation.

Some of those Biden votes, according to the Gateway Pundit and the sources it links to, showed up suddenly in the middle of the night. Funny how that happens. Gateway produces this chart, which I have NOT verified, showing a sudden infusion of Biden votes when no one was watching: 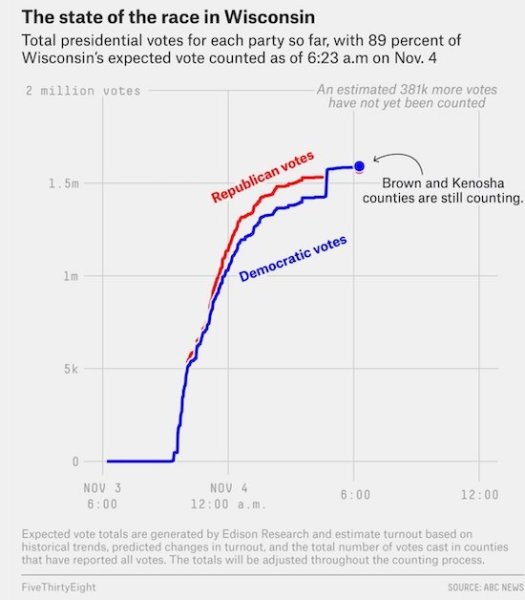 I have not had time to delve deeply enough into the Wisconsin numbers to say definitively that voter fraud occurred there on a large scale. I will say this, however: one of two things is true. The first is that Wisconsin experienced a voter turnout that neither it nor any other state has ever come close to in the modern era, on behalf of the worst candidate nominated in the modern era. The second is that the Democrats used voter fraud on a massive scale to stake a claim to Wisconsin’s electoral votes.