Biden Has Singlehandedly Destroyed our Free and Fair Election System 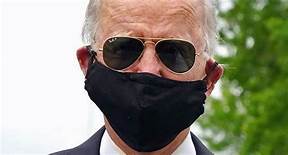 I consider it completely unimportant who in the party will vote, or how; but what is extraordinarily important is this — who will count the votes, and how.” – Joseph Stalin, from The Memoirs of Stalin’s Former Secretary by Boris Bazhanov, published in 2002.

“There is no compromise when it comes to corruption. You have to fight it.” – A.K. Antony

Joe Biden said that we have put together “the most extensive and inclusive voter fraud organization” in the history of American politics.

As I woke up on November 4th, 2020 and began reading about how votes were magically appearing and magically disappearing in Democrat controlled cities and states across America! I was shocked. I had never seen something this wide spread and organized in my lifetime.

From Pennsylvania, Michigan and Wisconsin to Georgia, Arizona and Nevada. Ballots were showing up after the polls closed by the tens of thousands.

The term “fake news” took on a new meaning. An ominous meaning.

As I saw the vote counts stop and then suddenly start again followed by the counting of hundreds of thousands votes for one candidate for president to the exclusion of all the other candidates,  I thought to my self – will 2020 go down in American history as the first un-free and un-fair election?

Voter fraud has now become the primary  “weapon of choice” of one political party.

Since the 2016 Presidential election the Democrats have taken the following public positions on voting in America:

4.   Control the voting process by any and all means necessary.

5.   Control how the votes are counted.

6.   Create phony ballots to offset legal ballots as we are learning in 2020.

7.   Refuse to purge voter rolls of the dead, non-citizens and those who no longer live in the state. For example, a lawsuit filed by the Public Interest Legal Foundation found that in Detroit, Michigan there are: 4,788 duplicate registrations, 32,519 more registered voters than eligible voters, 2,503 dead people registered and one voter born in 1823.

9.   Over look voters who vote more than one time, i.e. those who are residents of two states and vote in each state illegally.

11.    Target Republican voters and cancel out their ballots.

12.   Emphatically say there is no such thing as voter fraud! While at the same time conducting voter fraud by all means available.

The final outcome of these Democrat Party policy positions is to enforce a popular voting system and then control that system at the ballot box.

The idea of one man/woman one vote is passé. The ideal of a free and fair election is a thing of the past. The process of counting all the votes on election day is dead, thanks to the United States Supreme Court.

The only thing important today, as Stalin said, is “who will count the votes, and how.”

Is 2020 the death of our Constitutional Republic?

Is it the final nail in our free and fair elections’ coffin? Are we entering a socialist state where the ballot box is totally controlled by the state, and how the people vote be damned?