When Americans fear telling the truth, they lose liberty 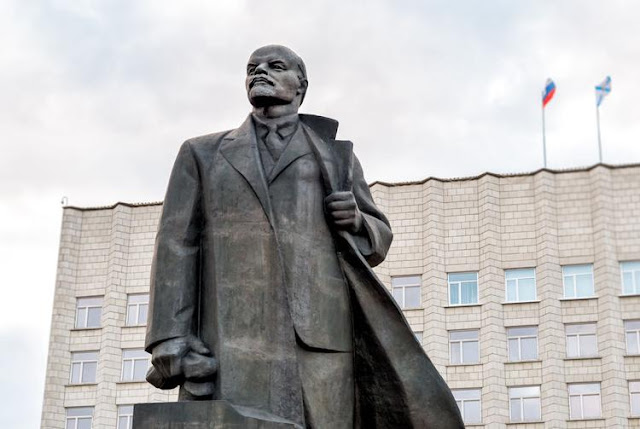 “If Socialism can only be realized when the intellectual development of all the people permits it, then we shall not see Socialism for at least five hundred years.”

On March 3, 1918, in Brest-Litovsk, Russia signed a treaty with Germany to end World War I. The heavy cost of the war and casualties increased mistrust for the imperial regime of Czar Nicholas II. Vladimir Lenin saw this as an opportunity for the radical socialists to start a revolution that would allow him to take control of Russia as a dictator, and build a socialist empire in Eastern Europe.

Lenin rose to power on a deluge of promises. He promised to give food and shelter to the starving cities. He told the peasants he’d give them land owned by the wealthy and convinced the Russians he’d make Russia a great nation again. Little did the gullible Russians know, Lenin would not keep one promise! He purposely created a three-year revolutionary crisis to justify his totalitarian acts.

Lenin crafted a plan to influence the people to follow him willingly into a socialist state with his “six principles of propaganda.” This empowered the Bolsheviks to govern by the barrel of the gun and to exploit Russian democracy; and to ‘’fundamentally transform’’ Russia into a socialist autocracy.

Lenin did not try to win people with ideas; he used oppression, coercion, fear and intimidation. His plan was effective and efficient: “The end justifies the means, promise the most for the least, never let a crisis go to waste, demonization, and blame your predecessor.” He employed every resource to flood the public with propaganda until it was the “new truth.” And people played follow the leader.

Lenin said, “The press should be not only be a collective propagandist and a collective agitator, but also a collective organizer of the masses.” He used the media to brainwash the people. Russian papers either printed what they were told or were shut down. He filled the airwaves with simple notorious messages as, “Power to the Soviets!" "Revolt!” “Equality!” and “Fundamental Change!"

“It is much easier to shout, abuse, and howl than to attempt to relate, or explain.”

Historian Robert Service wrote, “Lenin knew he must attack first to succeed.” Those who believed him at first were afraid to speak when they learned the truth. His attacks were personal and direct: He called opponents "insects," "spiders," "leeches" and "bloodsuckers.” He referred to those who produced the goods and services as “self-indulgent hoarders" who were “villains” for the people.

Lenin knew the Russians wouldn’t succumb to socialism so he called it Leninism. Imagine if Lenin, Stalin, Hitler and other tyrants had access to today’s technology? That should be enough to sober any liberal into rethinking their views about the far left and take actions to save their republic from socialism; especially when media outlets, TV newsrooms, and newspapers etc. are out pitching it!

But those who follow someone for the wrong reason can be derided easily by whatever means that person chooses to placate them. They name call, label others conspiracy “theorists,” even if there is a conspiracy, because followers of false profits believe what sounds too good to be true. This is especially true if they are part of a political party – even when they know their party is dead wrong.

Too many times, “We hang the petty thieves and appoint the great ones to public office.”

A Pew Research study found since the election of Barack Obama, fewer than a third of those polled respond accurately. If a party’s followers respond more often, or their candidate is a media favorite, the results are skewed. The 2016 presidential election is a perfect example of how polling bias was used to silence Trump supporters.

“I just can’t believe the polls were that far off?”

They suggest many of those polled feared responding they were voting for Trump. They call them “shy Trumpers” because the media positioned him as a lunatic and socially undesirable. This was especially true with ethnic minorities and long-time Democrats who were fed up with the economy under Obama, high unemployment, his partisanship and upset losing their free market health care.

New York Times polling guru Nate Cohn wrote, “The national polls were worse than they were four years ago.” Polls totally overstated Biden’s popularity and vote margin over Trump and Republican candidates in target states. All polls showed Democrats making huge gains in the House. Yet, the Republicans gained 13; all from Democrats. Polling deficiencies were mostly in the swing states.

Nobody is more “under counted” than Black Americas, according to recent census data. The Black vote is 12.6% of the U.S. population and is a major focus in general elections. Pollsters and the left focus on opinions from Black inner-city districts. Yet only 36% of Blacks live in inner-city districts, while 39% live in the suburbs. And only a small percentage, 15%, live in metropolitan areas. Yet due to peer pressure and liberal distortion of our history and the GOP, they always skew Democrat.

“Republicans will put y'all back in chains if they win this election. Do you want that? ”

At one time polling was an example of free speech in a free society. People were proud to state their views when a legitimate polling agency called them. Polls were far more accurate because people were not afraid to say what they thought. But this year’s “ludicrous” polls suggest people aren’t confident they live in such a society. When they see the media campaigning for the socialist left, they fear speaking the truth. Isn’t this the same way Lenin rose to power in Russia in 1917?

The tactics Lenin used to turn Russia into a socialist dictator state are a perfect example of what can happen in a nation if people are intimidated by politicians, the media, peer groups and political parties into subservience to their credo and ideology with 24/7 one-sided indoctrination. Damage done to a democracy when people are afraid to speak out leads to loss of liberty and even worse: Lenin said it best:

“The best way to control the opposition is to lead it ourselves.”

No voice, liberal or conservative should, be silenced! Stifling expressions of private concern and public interest is very problematic for any kind of political participation, and it is particularly bad for the practice of freedom and democracy. This unhealthy climate of fear about speaking freely on controversial subjects is destroying republicanism and opening the door for unabridged socialism.

Lenin said, “A lie told often enough becomes the truth.” Argumentative discussion is good for the health of the republic and fosters improvement and participation in government. But when people fear expressing opinions with others, or when they are denied that right in public forums, republics die a slow and painful death. The chapters of history are filled with governments that self-imploded because people were silenced or feared speaking out! Are we going to let that happen in America?

“We are not utopians, we do not dream of dispensing administration with subordination. We want people to accept socialism and relinquish control, that’s an anarchist’s dream.”