At State Level, 2020 Was a Bloodbath for Democrats...And Highlighted Something Interesting About Trump 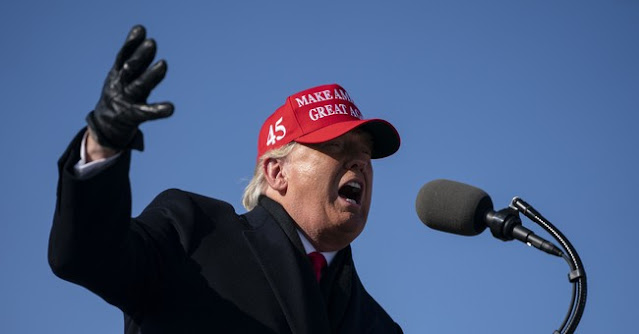 Elections matter at all levels. We know this. From governor to seats in the state legislature, these are all key. Controlling the state legislatures is essential for a host of reasons, not least being that it determines the congressional maps. While COVID, the 2020 presidential race, and other issues dominated the cycle, this year, a census year, was where a change in these institutions could determine the power map regarding the House of Representatives for the next ten years. Democrats were hopeful—and they failed miserably to flip state legislatures. So, while the votes are being counted in the presidential race still, here’s the bloodbath that ensued in the battle for the state capitols. It also showed the Trump is not toxic to the GOP ticket. Even Democrats were saying he was a "buoy" not an anchor and overperformed allowing these candidates to win their races (via Politico) [emphasis mine]:

An abysmal showing by Democrats in state legislative races on Tuesday not only denied them victories in Sun Belt and Rust Belt states that would have positioned them to advance their policy agenda — it also put the party at a disadvantage ahead of the redistricting that will determine the balance of power for the next decade.

The results could domino through politics in America, helping the GOP draw favorable congressional and state legislative maps by ensuring Democrats remain the minority party in key state legislatures. Ultimately, it could mean more Republicans in Washington — and in state capitals.

By Wednesday night, Democrats had not flipped a single statehouse chamber in its favor. And it remained completely blocked from the map-making process in several key states — including Texas, North Carolina and Florida, which could have a combined 82 congressional seats by 2022 — where the GOP retained control of the state legislatures.

Democrats had a disappointing night in congressional and state legislative races across the country, as they realized the suburban revolt against Trump did not extend in 2020.

Votes are still being tallied, but it appears Democrats missed nearly all of their top targets — though there's a slight chance they could gain control in the Arizona House and Senate. Party operatives concede they are not on track to win the Michigan or the Iowa houses, either chamber in Pennsylvania or the Minnesota state Senate, which was their most promising target this cycle.

Democrats did not flip the two seats needed to claim the majority in Minnesota’s upper chamber, which would have given them trifecta control of both chambers and the governor’s office. That outcome gives them less of an opening to protect some of the Democratic incumbents clustered around the Twin Cities next year when Minnesota is likely to lose a seat in the next redistricting.

The biggest disappointment came in the seat-rich state of Texas, Democrats needed nine seats to reclaim the majority after flipping a dozen in the midterms. Though some races remain uncalled, so far Democrats were able to unseat one incumbent and Republicans offset that with another pickup.

It goes to what Cortney wrote about Rachel Maddow lamenting now this wasn’t a blue wave year. It wasn’t even a ripple. In 2018, yes, suburban voters and even a good chunk of the Trump coalition voted for Democrats. That did not carry over into 2020. It doesn’t get a lot of attention, but these races for state legislatures do matter. During the Obama years, the state Democratic parties were utterly decimated. It’s a problem Democrats have known they had for a long time but rebuilding here will be tough. And it’s now all the more difficult with this gut-punch of a year for Democrats at this level. This was the big push regarding redistricting—and it fell way short. Put it this way, in deep-blue Vermont and Rhode Island, the statehouse speakers in those respective states both lost their re-election bids.