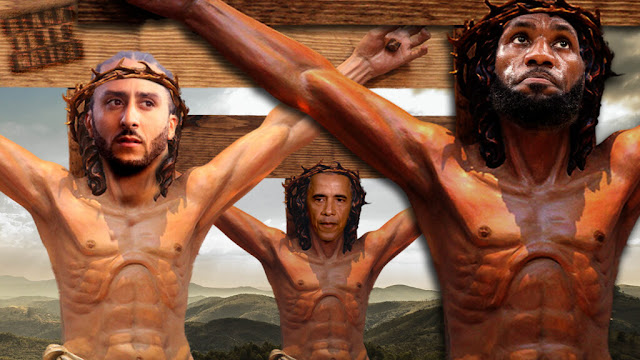 The puppet masters want you to read my words as a rebuke of black people. It’s a rebuke of the puppet masters, the organizers of the “Unapologetically Black Olympics” that I referenced last week in columns that explored comedian Dave Chappelle’s Saturday Night Live monologue.

I am repulsed by the people who have worked tirelessly for more than 400 years to convince black people that our skin color is our most prized asset and defining characteristic. This conceit originally led to our physical enslavement. It has now led to our mental enslavement.

The stewards of the zeitgeist — i.e. the spirit, mood, characteristics of a particular time in history — have persuaded black people to pursue blackness above all else, above faith, intelligence and freedom.

This blinding, irrational pursuit is leading to the destruction of black people and the destabilization of our country.

I object because I love black people, I love America and I love God.

I do not love the stewards of the zeitgeist, and they do not love me or any other black person who would dare object to their racist manipulation of black consciousness and black culture.

The root of my disdain is biblical. Sixty years ago, the hallmark of black culture was religious faith. It carried us through slavery, Jim Crow segregation, lynching and was the power source of Dr. Martin Luther King Jr.’s Civil Rights Movement.

In 1965, political sociologist Daniel Patrick Moynihan authored what would come to be known as the Moynihan Report, a study of The Negro Family: The Case for National Action. Written to influence President Lyndon Johnson’s policies regarding America’s black-white racial dilemma, the 16,000-word Moynihan Report spelled out the devastating impact of 350 years of racial oppression on the black family. It predicted that the growing matriarchy defining black culture would undermine the progress of black people in a Western society built for patriarchal families.

Today, the Moynihan Report reads like a biblical prophecy. Fifty-five years ago, Moynihan argued black people’s survival in America was a modern miracle.

“A lesser people might simply have died out, as indeed others have,” Moynihan wrote.

We didn’t die out because of our religious faith, the world’s primary source of hope. Faith in a higher power made our spirit unbreakable.

The Moynihan Report was written to make the case that America should take extraordinary measures to invest in the black nuclear family. It was written as a rebuttal of President Johnson’s Great Society initiative. The Johnson administration disavowed the Moynihan Report and its author. The mainstream media spent the next several years framing Moynihan as a racist.

Over the last 55 years, the stewards of American culture have worked to disconnect black people from our religious faith, our salvation. Black pride is our new religion. Our skin color and the degenerate behaviors white liberals have deemed as authentically black have become the hallmarks of black culture. There’s nothing blacker than repeatedly saying “nigga” in public spaces or having a baby mama/daddy or dealing drugs to survive poverty. The highest form of blackness is being a victim of racism, especially if it involves a white cop.

According to the stewards of the zeitgeist, George Floyd is 100 times blacker than Dr. Ben Carson.

Black entertainers are instructed to and rewarded for evangelizing for blackness and celebrating black victimhood. Being a victim of a racial slight often causes the victim to speak in tongues. Victimization is so coveted that some believers fake racial incidents and speak in forked tongues.

Black Lives Matter is a mega church for the religion of blackness. LeBron James and Colin Kaepernick are pastors at the Nike denomination of BLM. It was James’ and Kaepernick’s responsibility to change the culture of sports from worship of God to worship of blackness.

Look at what has happened in our lifetime. As a child, the most frequent message you would see at a televised sporting event was a fan in the stands holding a sign reading “John 3:16.”

For God so loved the world, He gave his only begotten Son; that whosoever believeth in Him, may not perish, but may have life everlasting.

Now, we are bombarded with messages promoting the salvation of loving blackness. Some NBA players wore jerseys with “Love Us” emblazoned on the back. Can they not recognize their narcissism?

Salvation, justice and fairness are delivered through the love of God, not through the love of man regardless of his skin color. We used to understand this. Love, submission and obedience to God ended slavery and Jim Crow, and they will retard the last vestiges of American bigotry.

White liberals have convinced black people to take God out of the equation and replace Him with Barack Obama, LeBron James, Dr. Harry Edwards, Colin Kaepernick, Black Lives Matter and all the other approved symbols of unapologetic blackness.

I object to this insanity. Love of my skin color is not America’s salvation. Random white people loving me is not the key to my happiness, freedom or success in this country.

The worship of skin color creates a dangerous level of racial division. White liberals, socialists and communists are using black people to promote racial anarchy. Every tenet of Karl Marx’s political theory can be seen in the Black Lives Matter movement.

The antipathy toward religion is the greatest tell. Marxism and its political soulmates, socialism and communism, cannot exist in a faith-based society or culture.

Black people had been America’s religious backbone, our moral compass. This extends well beyond Dr. Martin Luther King and Malcolm X to men and women such as Frederick Douglass, Sojourner Truth, Bishop Richard Allen (founder of the AME church) and Adam Clayton Powell.

The key to bringing down America and installing socialism and then communism is disconnecting black people from religion and connecting us to political theories hostile toward Christianity and other religions.

The mission is nearly complete. Black Lives Matter is the final piece of the puzzle. Skin color and liberal politics are the new hallmarks of black culture. That’s why Pastor LeBron James preaches a regular BLM sermon.

And that’s why I keep criticizing James. I don’t dislike James. I dislike the culture his handlers make him promote. It will lead to the destruction of black people and America.

Love Us or Love God?

The answer is easy for any person — black or white — who understands the history of America. God promises love. America promises freedom. We’re looking for love in the wrong places.

Jason Whitlock is a longtime sports writer, TV personality, radio host, podcaster and the newest member of the Outkick family. If you are interested in a media appearance by Jason Whitlock, please click this link and give us the details.