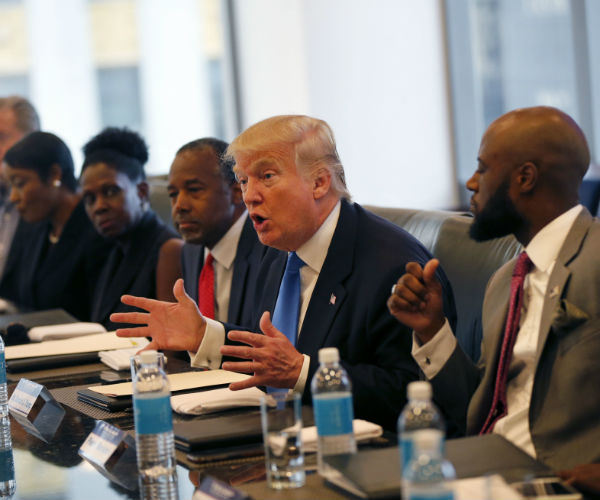 
Donald Trump’s upset victory over Hillary Clinton is a devastating blow to the Democratic Party and its allies: academia, teachers’ unions, advocates of abortion on demand, secularists, radical environmentalists, and a biased elitist “ivory tower” liberal media establishment.
It was a total rejection of the progressive liberal ideology.
But the real loser was black political power throughout the country.
With Republicans controlling the White House, Senate, House of Representatives and an all-time high number of state legislatures, blacks and their black Democratic representatives are even more likely to be virtually shut out of the corridors of power
Assuming that blacks continue refusing to support black Republicans in majority black districts, blacks’ political fate is likely sealed for years to come.
Asian, Hispanic, LGBT, working class white and independent voters will be in play now more than ever. They are not trapped on the Democratic plantation and vote their economic and political interests.
When white voters feel abandoned and forgotten by the political system, they vote against the candidate and party that they feel abandoned them — like they did on Election Day!
When blacks feel abandoned and forgotten by the political system, they vote for the candidates and parties that abandoned them—like they did on election day!
For eight years, the first black president virtually ignored his most loyal constituency in favor of other groups including the Lesbian, Gay, Bisexual and Transgender (LGBT), Hispanic and abortion rights communities.
Yet, exit polls show that black support for Clinton at 93 percent dramatically outpaced her support from LGBT (78 percent), Hispanic (65 percent) and female (42 percent) voters whom he catered to.
One thing is clear. Now that the election is over, you can bet that Democrats will say “so long black folks, see you in two years for the midterms.”
They will count on Rev. Al Sharpton, Jesse Jackson, most black journalists, much of the black clergy, the Congressional Black Caucus and civil rights groups to keep blacks in line. They will criticize any efforts Trump makes to revitalize and rid inner cities of gangland warfare and bring choice to inner city parents — they were silent when Obama did nothing for eight years to assist those communities or parents.
If we are to believe many of the economically secure elitist black and white liberal journalists, media pundits, Democrats, and the Hollywood-New York entertainment industry cabal, Trump’s victory is due to his support from undereducated racist white working class Americans.
So, what is racist about:

The answer is, nothing. That was Trump’s message to voters.
Hillary’s only message was that she was better than Trump half of whose supporters she called a “basket of deplorables — racist, sexist, homophobic, xenophobic, Islamophobic.”
Black, white and Hispanic journalists and media commentators who look down their noses from their economically secure ivory towers and defame hard working class Americans as undereducated racists forget that many of them voted for Obama in 2008 and 2012.
Do they want America to believe that whites in formerly blue states such as Michigan, Ohio, Pennsylvania, and Wisconsin supporting Trump suddenly became racists in 2016?
Do they want us to believe that the 13 percent of black males; 29 percent of Hispanics and Asians, 33 percent of Hispanic males, and 42 percent of women who supported Trump were racist misogynist bigots?
Until black voters start asking the same questions of politicians that white, Asian, Hispanic and LGBT voters do — “What have you done for me lately?” — they will be pushed further to the back of the political bus with these groups getting the best seats.
Given the sacrifices and lives that have been lost for blacks to have the right to vote, it is truly a sad state of affairs.