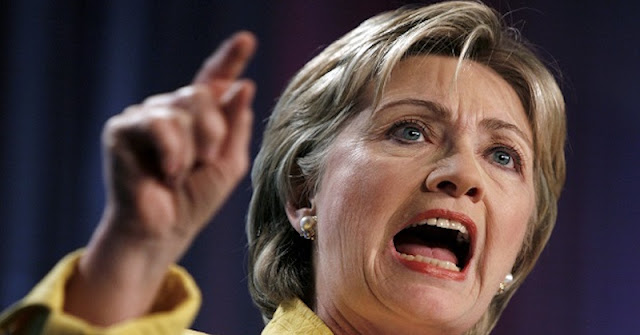 In a major blow to the Clinton campaign’s talking points, none of the FBI’s “investigations so far have found any link between Mr. Trump and the Russian government.”


Law enforcement officials say that none of the investigations so far have found any link between Mr. Trump and the Russian government.


And even the hacking into Democratic emails, F.B.I. and intelligence officials now believe, was aimed at disrupting the presidential election rather than electing Mr. Trump.


Hillary Clinton’s supporters, angry over what they regard as a lack of scrutiny of Mr. Trump by law enforcement officials, pushed for these investigations.


In recent days they have also demanded that James B. Comey, the director of the F.B.I., discuss them publicly, as he did last week when he announced that a new batch of emails possibly connected to Mrs. Clinton had been discovered.

The Obama White House broke with the Clinton campaign and its Democrat allies over their attacks on FBI Director James Comey, praising his character and saying the president did not believe he was trying to influence the election.


Hillary Clinton continues to blast FBI Director James Comey for his decision to announce his agency is once again investigating emails that could be related to her use of a private email system.


“The president believes that Director Comey is a man of integrity, he’s a man of principle and he’s a man of good character,” Press Secretary Josh Earnest told reporters Monday.


Earnest said he wouldn’t judge Comey, appointed by Obama in 2013, for making the announcement 11 days before Election Day, which has earned near universal criticism from fellow Democrats.
Hillary Clinton has seen her 12-point lead in the ABC News tracking poll evaporate and now finds herself a point behind and hemorrhaging voter enthusiasm following the latest FBI revelations.


Strong enthusiasm for Hillary Clinton has ebbed since the renewal of the FBI’s email investigation.


While vote preferences have held essentially steady, she’s now a slim point behind Donald Trump -- a first since May -- in the latest ABC News/Washington Post tracking poll, produced for ABC by Langer Research Associates.


Forty-six percent of likely voters support Trump in the latest results, with 45 percent for Clinton.


Trump now leads Clinton by 8 points in the share of voters who are very enthusiastic about their choice as of Friday.


Strong enthusiasm for Clinton has lost 7 points since the start of tracking, especially Friday through Sunday.


This is possibly an after-effect of the renewed controversy over her use of a private email server while secretary of state. 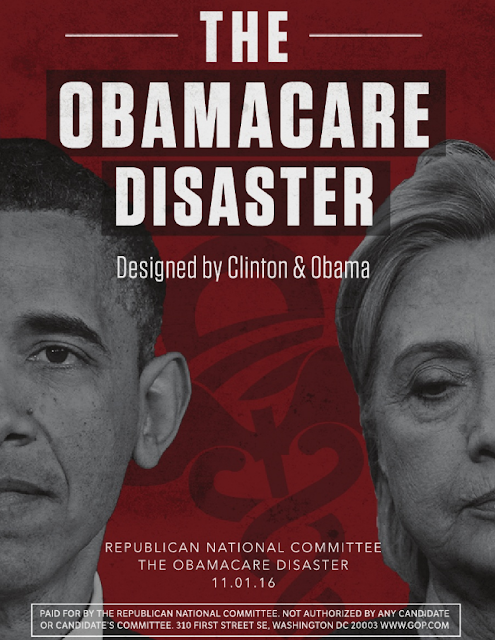 Obama and Clinton sold ObamaCare to American citizens with blatant lies, saying the law would lower premiums and out of pocket costs, that we could keep our doctor and health care plans, and that more competition would lead to greater choice among insurance providers.


Jonathan Gruber, an architect of the law, famously admitted that ObamaCare was passed by exploiting the “stupidity of the American voter.”


As ObamaCare open enrollment begins, Americans are being met with skyrocketing premiums (as high as 116% in Arizona), fleeing insurers, and cancelled plans.
ObamaCare is a disaster, or as Hillary Clinton said: “working as designed.”

Compiled by the RNC.
Posted by Frances Rice at 12:02 PM