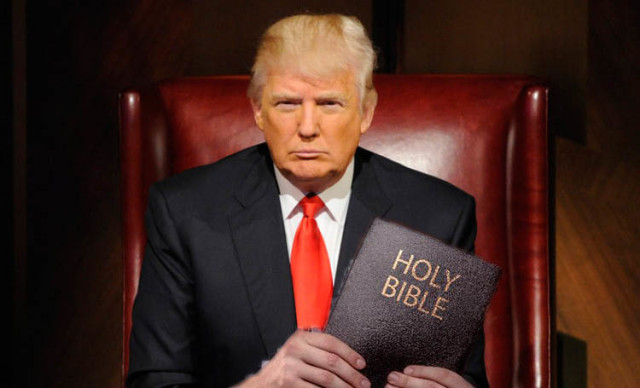 The sweeping support evangelicals gave Donald Trump on Election Day was stoked by their fear that Christianity is being killed off, Johnnie Moore, a spokesman for My Faith Votes, which focuses on getting Christian Americans to the polls, tells Newsmax TV.

"America has become an increasingly intolerant place for Christians.... The religious right is dying, Christianity is dying," Moore said Friday to J.D. Hayworth on "America Talks Live."
"What we've learned is America isn't Los Angeles or New York. America is the center of the country and the majority of the people in this country want religious freedom, they stand up for Christian values and are unashamed of our Judeo-Christian effort.

"It's what's happened in America: Threats to religious liberty and all these other things. But I've got to tell you, Donald Trump deserves all the credit in the world."

Moore, whose nonpartisan group motivates and mobilizes the Christian vote, said he has never seen anybody "with so much power and so much influence go to the effort he went to build individual relationships with not dozens of significant Christian leaders, but thousands of them."

He noted that some pastors have the billionaire real-estate tycoon and president-elect's cell phone number.

"[Trump] invited criticism, he created an evangelical advisory board, he didn't even require everyone to endorse him to be on the board because he legitimately wanted their advice and they had an open conversation with him. And it worked in an astonishing, astonishing way," Moore said.

"And this is as American as anything. I mean we are a country with a Judeo-Christian foundation. We have a congressionally-mandated National Day of Prayer. This is something we do.