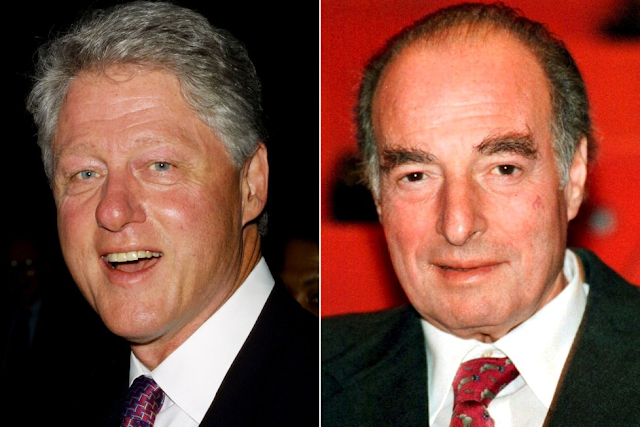 
by Paul Mirengoff
The FBI has published 129 pages of internal documents related to its investigation years ago into Bill Clinton’s pardon of fugitive Democratic donor Marc Rich. According to the Washington Post, the records don’t appear to provide much new information about the matter (I haven’t yet reviewed them), but they serve as a reminder of the scandal.


Naturally, Team Hillary is steamed. Clinton flack Brian Fallon tweeted that the FBI’s move is “odd.” He asked whether the agency plans to post documents about alleged housing discrimination by Donald Trump in the 1970s.


I doubt that the FBI ever investigated those allegations, so the answer is probably no. According to the Washington Post, however, the FBI did recently publish records relating Fred Trump, Donald’s father. The records included eight­ ­pages of largely biographical details about the elder Trump, much of which appeared to be compiled by the FBI in 1988.


Fallon is right to view the posting of the Rich pardon documents as odd. However, it does not appear to be the result of any bias or impropriety by the FBI. The agency explains that the documents were posted in response to pending public records requests “automatically and electronically. . .in accordance with the law and established procedures.” I imagine that’s also how documents compiled about Fred Trump in 1988 came to be posted.


Fallon is also right to be unhappy that the Rich pardon is receiving attention. It reminds the public of how corrupt the Clintons are.


Clinton pardoned the international fugitive — a major donor to Democrats, including Hillary — on his last day as president. Even the left was appalled. A New York Times editorial called it “a shocking abuse of presidential power.” The New Republic has said the pardon “is often mentioned as Exhibit A of Clintonian sliminess.” Barney Frank viewed it as “a real betrayal by Bill Clinton of all who had been strongly supportive of him to do something this unjustified.” He found the pardon “contemptuous.”


Rich was no garden variety crook. The New York Post reminds us:


Marc Rich was wanted for a list of charges going back decades. He had traded illegally with America’s enemies including Ayatollah Khomeini’s Iran, where he bought about $200 million worth of oil while revolutionaries allied with Khomeini held 53 American hostages in 1979.


Rich made a large part of his wealth, approximately $2 billion between 1979 and 1994, selling oil to the apartheid regime in South Africa when it faced a UN embargo. He did deals with Khadafy’s Libya, Milosevic’s Yugoslavia, Kim Il Sung’s North Korea, Communist dictatorships in Cuba and the Soviet Union itself. Little surprise that he was on the FBI’s Ten Most Wanted List. 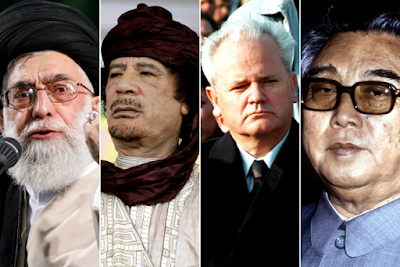 Marc Rich traded illegally with Iran's Ayatollah Khomeini (from left) and made deals with Libya's Moammar Khadafy, Yogoslavia's Slobodan and other dictators.


Rich’s ex-wife had donated $450,000 to the fledgling Clinton Library and more than $1 million to Democratic campaigns in the Clinton era. As the New York Times, The New Republic, and Barney Frank intuited, the pardon was an obvious payoff.


Bill Clinton eventually admitted that the pardon was “terrible politics” because “it wasn’t worth the damage to my reputation.”


Perhaps not. But the pardon has continued to be worth money to the Clintons. The New York Post reports:


Nigerian businessman Gilbert Chagoury is well known as a close ally and business associate of Rich. The Nigerian media declared in 1999 that the “Gilbert Chagoury-Marc Rich alliance remains a formidable foe.”…


Chagoury has been very generous to the Clintons in the years following the Rich pardon. He has organized an event at which Bill was paid $100,000 to speak (in 2003), donated millions to the Clinton Foundation and in 2009 pledged a cool $1 billion to the Clinton Global Initiative. The Chagourys were also active in Hillary’s 2008 presidential bid. Michel Chaghouri, a relative in Los Angeles, was a bundler and served on her campaign staff. Numerous other relatives gave the maximum $4,600 each to her campaign.


We wrote about the Chagoury-Clinton connection here. The Nigerian was convicted in Switzerland of money laundering in 2000. The Clinton foundation considers him one of its “key guys.” It sought favors for him from Hillary Clinton (via Huma Abedin).


As we noted yesterday, the Justice Department official behind the Rich pardon was none other than Eric Holder. Holder, who was contacted directly by Rich’s attorney, bypassed the established process by which DOJ lawyers pardon applications.


Ironically, Holder just published an op-ed in the Washington Post arguing that FBI Director Comey made a “serious error” in resuming the Hillary Clinton email probe. Holder can’t be pleased by this reminder of the corrupt Rich pardon in which he played such a shady role.


October has passed, so let’s call this development a November surprise. With the election still a week away, it may not be the last.
Posted by Frances Rice at 3:50 PM