By Ben Glaze | The Mirror 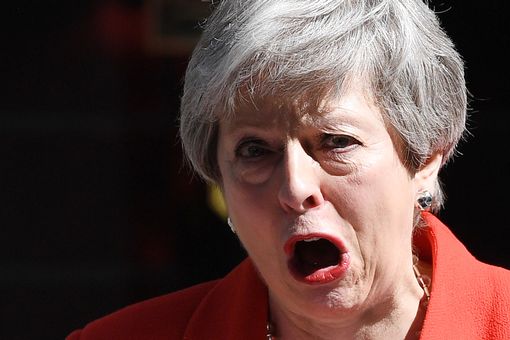 PM's tears as she announces she'll quit on June 7.

After almost three years of gridlock, Theresa May has named her resignation date and plunged the nation into a chaotic Tory leadership race.

Theresa May fought back tears as she announced her resignation date today after nearly three years of Brexit gridlock.

In a dramatic and emotional speech, the PM said she would quit her job on June 7 - after a UK State Visit by Donald Trump and D-Day commemorations are safely over.

Her exit will trigger a Tory leadership contest that gets under way next week. The rules are here while the frontrunners are led by Boris Johnson - who could steer Brexit in a dramatically harder direction.

The mutiny came after Theresa May unveiled a new compromise Brexit plan, including a possible second referendum, in a last-gasp bid to get Brexit through Parliament.

It prompted Tory fury and forced her to delay a June 7 vote on the deal.

Mrs May met Graham Brady, the chairman of the Tories' backbench 1922 Committee, this morning before announcing she will resign in two weeks.

He writes: “Don’t cry for cruel Theresa when it’s her victims who deserve our tears.

“The cracking voice was as much, or perhaps more, for the collapse of her disastrous Premiership as the country she professes to love.

“May’s record shows little affection for the millions whose lives she made worse.”

https://www.mirror.co.uk/news/politics/theresa-resignation-live-pm-holds-16192866
Posted by Frances Rice at 8:32 AM