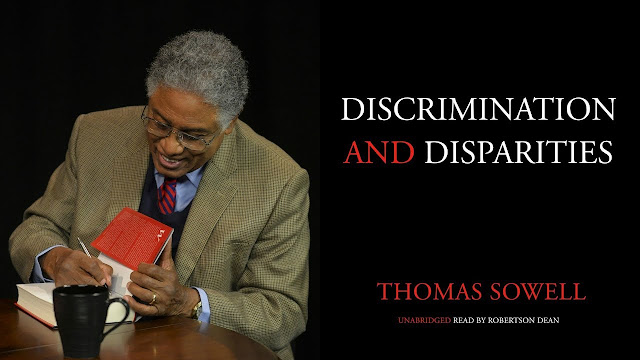 My longtime friend and colleague Dr. Thomas Sowell has just published a revised and enlarged edition of "Discrimination and Disparities." It lays waste to myth after myth about the causes of human differences not only in the United States but around the globe.

Throughout the book, Sowell shows that socioeconomic outcomes differ vastly among individuals, groups and nations in ways that cannot be easily explained by any one factor, whether it's genetics, sex or race discrimination or a history of gross mistreatment that includes expulsion and genocide.

In his book "The Philadelphia Negro" (1899), W.E.B. Du Bois posed the question as to what would happen if white people lost their prejudices overnight. He said that it would make little difference to most blacks.

He said: "Some few would be promoted, some few would get new places -- the mass would remain as they are" until the younger generation began to "try harder" and the race "lost the omnipresent excuse for failure: prejudice."

Sowell points out that if historical injustices and persecution were useful explanations of group disadvantage, Jews would be some of the poorest and least-educated people in the world today.

Few groups have been victimized down through history as have the Jews.
Despite being historical targets of hostility and lethal violence, no one can argue that as a result Jews are the most disadvantaged people.

Jews are not alone in persecution either.

The number of overseas Chinese slaughtered by Vietnamese mobs and the number of Armenians slaughtered by mobs in the Ottoman Empire in just one year exceeds the number of black Americans lynched in the history of the U.S. From 1882-1968, 4,743 total lynchings occurred in the United States, of which 3,446 of the victims were black.

Sowell concludes this section suggesting that it is dangerous for society to depict outcome differences as evidence or proof of malevolent actions that need to be counterattacked or avenged.

Politicians and others who are now calling for reparations to blacks for slavery should take note of Sowell's argument.

Part of the persistence of that gap can be laid at the feet of educators who replaced what worked with what sounded good.

Sowell, who studied Dunbar and other high-achieving black schools, says, Dunbar "had unsparing standards for both school work and for such behavioral qualities a punctuality and social demeanor.

Dunbar's homework requirements were more than most other public schools. Some Dunbar parents complained to the D.C. Board of Education about the “large amount of homework required."

Dunbar High School was not the only black school with a record of success that would be the envy of today's public schools. Schools such as Frederick Douglass (Baltimore), Booker T. Washington (Atlanta), PS 91 (Brooklyn), McDonogh 35 (New Orleans) and others operated at a similar level of excellence.

By the way, these excelling students weren't solely members of the black elite; most had parents who were manual laborers, domestic servants, porters and maintenance men.