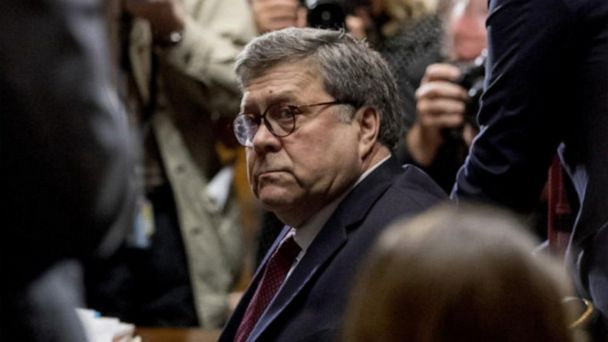 When Congress uses its contempt power, there are basically three avenues it can pursue for purposes of enforcement. In the case of the House Judiciary Committee’s party-line vote to hold Attorney General William Barr in contempt – for purportedly failing to produce a report he has actually produced – Democrats, who control the House, will use the route that is most political and, thus, least credible: the unilateral congressional procedure.

The committee will refer its finding for a vote by the full chamber. The stunt here is so nakedly partisan that the House won’t even try to get support from the Senate. In theory, the House could try to take enforcement action on contempt. Congress even has a jail cell in the bowels of the Capitol … though it hasn’t been used in many, many years, and it certainly is not going to be used against a cabinet officer of the executive branch. (I’m thinking the U.S. marshals would not take kindly to the House sergeant-at-arms showing up at Main Justice with a congressional arrest warrant for the attorney general).

Stop snickering … I did say “theoretically!"

The third avenue would be to turn to the judiciary for a court citation of contempt. Democrats will not try this because it would be humiliating.

It is commonplace for us to speak of our three “co-equal” branches of government. Judiciary Committee Chairman Jerry Nadler invokes this trite phrase often. But it is misleading. The Framers made Congress the first among not-really-equals. If you have any doubt about that, just have a peek at your pocket Constitution and look for the Justice Department. You won’t find it in there. The Justice Department only exists because Congress created it. Congress writes the laws that delineate its powers. Congress funds it.

That is to say, the Article I branch does not need the Article III branch to help it do its work and enforce its demands.

Plus, as a practical matter, it’s not like the judiciary has its own police force. (Can you imagine the Ninth Circuit with its own police force?!) A court needs the executive branch to enforce its orders; and while the attorney general has done nothing wrong here, the Justice Department is not going to take action against the attorney general in any event. Courts do not like to look weak: The majesty of the judiciary flows from the perception that its directives must be followed, so judges tend to stay out of disputes between the political branches, which might well ignore court orders – and have ways of retaliating against the judiciary that private litigants lack.

But let’s pretend that the House was not too embarrassed by the patent partisanship of its contempt vote; let’s pretend lawmakers went to court.

The first thing a judge would point out is that what Congress is demanding that Barr do is illegal – namely, disclose grand jury material to Congress. In Wednesday’s circus of a hearing, Chairman Nadler pointed out that there was a time when federal prosecutors would have joined with Congress to seek a court order permitting disclosure. Yes … but what Nadler conveniently neglected to mention was that this was before last month, when the D.C. Circuit federal appeals court – whose jurisprudence controls the dispute between Congress and the attorney general – decided McKeever v. Barr.

That case holds that a court has no authority to order disclosure unless it is pursuant to an exception to grand-jury secrecy explicitly spelled out in Rule 6(e) of the Federal Rules of Criminal Procedure (which governs grand jury matters). In the old days that Nadler was talking about, there was a theory in the law that a court has residual “supervisory” powers over the grand jury that empowered judges to order disclosure outside Rule 6(e). McKeever rejects that theory.

District judges in Washington are bound to follow McKeever. So a court could not order disclosure. Then there is the other embarrassing point a judge would make. Rule 6(e) is Congress' own law. Meaning Congress has the power to amend it. Any judge would, therefore, have to ask House Democrats, “While you were doing all this ranting and raving and holding the attorney general in contempt, have any of you fine lawmakers proposed a two-line amendment to Rule 6(e) that would authorize disclosure to Congress in special counsel investigations?”

Of course, the answer is no. That is because Nadler & Co. do not really want the grand jury material. They want to try to make Barr’s refusal to disclose it look like Watergate.

Congress is not going to court. And it is not going to seek help from the executive branch. It will keep the contempt gambit in its own playpen and hope people won’t notice that it’s a cynical game.