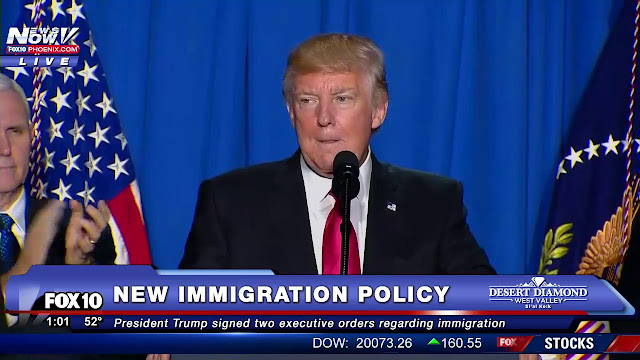 As I listened to President Trump deliver his Rose Garden comments on the dramatic shift from the current and antiquated family based to a new and modern merit based immigration plan I understood that the President’s plan rewards success.

Click here to watch the video of President Trump’s remarks on modernizing our immigration system for a stronger America.

The Trump Administrations plan would:

1.   End chain migration.
2.   End the visa lottery.
3.   Make immigrants learn English and take a Civics examination before being issued a visa.
4.   Reward success (those immigrants with college degrees, those who have a job or are wanting to start a company in America).
5.   Still provide entry to those who are actually seeking asylum.
6.   Build the wall, but with a door open to those who wish to legally become American citizens.

President Trump is clearly thinking outside of the box Congress has placed America and American workers in.

The Trump plan is pro-immigrant, pro-American and pro-growth.

Pompeo: ‘America First’ Foreign Policy Is What the Founders Envisioned