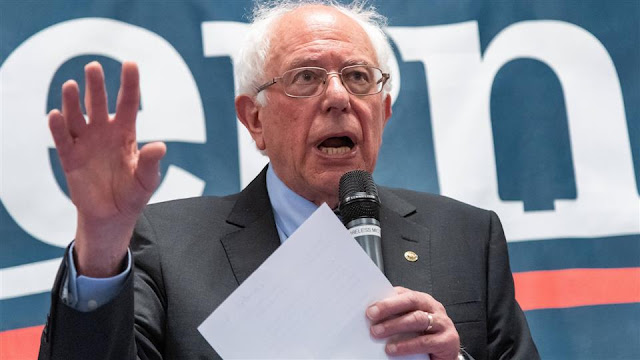 The candidate calls for a moratorium on charter schools. It’s bad politics and even worse policy.

Senator Bernie Sanders pitched his plan to roll back Charter schools at a town-hall in South Carolina on May 18, 2019. His proposed cuts in Charter school funding would be redistributed to struggling public schools.

Black voters had little use for Bernie Sanders when he sought the presidency in 2016. In the South Carolina primary, exit polls showed him winning only 14% of the black vote, while 86% went to Hillary Clinton. The Vermont socialist knows he must up his game with this constituency to have any chance of winning the 2020 Democratic nomination, but his recent attack on school choice may wind up costing him minority support.

Mr. Sanders called Saturday for more regulations on existing charter schools and a moratorium on federal funding for new ones. “The proliferation of charter schools has disproportionately affected communities of color,” said the senator. That’s true, but the effect has been positive, which is why black support for more education options is so strong.

In a poll released earlier this month by Democrats for Education Reform, 58% of black Democratic primary voters expressed a favorable view of charter schools, while 31% opposed them. Among Hispanics, the breakdown was similar—52% to 30%. But among white Democratic primary voters, only 26% supported charters, while 62% viewed them unfavorably. A racial divide also surfaces when people are asked about school vouchers. “African American (56%) and Hispanic (62%) respondents are considerably more supportive of vouchers for low-income families than are whites (35%),” according to a recent Education Next survey.

In Florida’s closely contested governor’s race last year, the Democratic candidate, Andrew Gillum, campaigned on closing charters and ending a tax-credit program that allows underprivileged kids to attend private schools. He lost to Republican Ron DeSantis, who supported school choice. According to William Mattox of the James Madison Institute, a state think tank, it was the backing of tens of thousands of black school-choice supportersthat helped put Mr. DeSantis over the top.

Donald Trump and Barack Obama don’t agree on much, but both men understand that traditional public schools aren’t cutting it for millions of low-income children. Both of Mr. Obama’s education secretaries, Arne Duncan and John King, were vocal proponents of charter schools. And Mr. Trump could not have tapped a stronger school-choice advocate than the current secretary of education, Betsy DeVos.

Mr. Sanders’s claim notwithstanding, it is the traditional public school system, not the alternatives, that disproportionately hurts minority students. Why should black parents be expected to pledge undying loyalty to an education model that has been failing their children for generations? Black and brown kids are assigned to the most violent schools with the least effective teachers and staff, while the unions and their political allies repeatedly call for—and receive—more funding and little accountability.

Mr. Sanders will find support for his attack on school choice from civil-rights groups who take money from teachers’ unions, but he shouldn’t mistake NAACP support for black support. Many black families are convinced that school choice is the solution, not the problem. Which is why there are tens of thousands of minority children languishing on charter school wait lists in cities across the country.

Repeated studies have demonstrated that charter schools are closing racial gaps in academic achievement. Whether the measure is test scores, graduation rates or college readiness, charter students consistently outperform their peers in traditional public schools. Charter high schools make up only 10% of the country’s 26,000 public high schools. But according to the latest U.S. News & World Report rankings, charters comprise three of the top 10 public high schools in the country, and 23 of the top 100. Low-income charter-school graduates complete college at two to four times the national average for their peers.

This debate over K-12 education reform ought to inform the one over college admissions, and if Bernie Sanders and the other 387 Democrats running for president wanted to be really bold, they’d connect those dots for voters.

To the extent that successful elementary- and secondary-school models are permitted to expand, there is less reason for college administrators to use racial preferences or “adversity” ratings. Socioeconomic determinism is a dubious notion. Low-income black charter-school students in major cities outscore children from wealthy white suburbs on standardized tests.

Economically disadvantaged Asian students outperform middle-class black kids. If family income matters so much in determining the education prospects of a child, why were fabulously wealthy families caught lying and cheating their way into the University of Southern California?

Race-based affirmative action in higher education has resulted in fewer black graduates and more racial tension than we would have had otherwise. Using “adversity” as a proxy for race is unlikely to improve the situation because holding people to lower standards for whatever reason doesn’t help them advance. The time is long overdue to end these policies, not tinker with them. Allowing successful charter schools to expand is a good first step.

https://www.wsj.com/articles/sanders-chooses-teachers-unions-over-black-voters-11558479509
Posted by Frances Rice at 9:36 AM