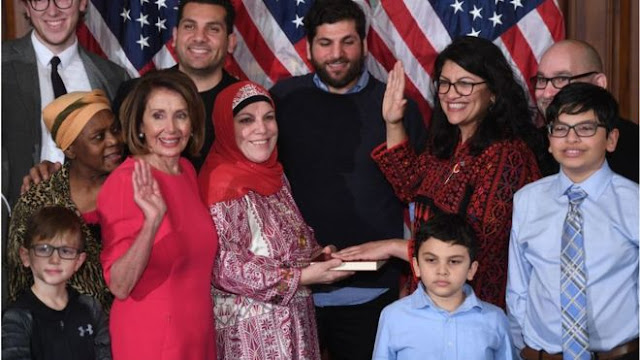 When will Jews wake up to the fact that the Democratic Party in the House of Representatives is covering up antisemitism among its Democratic members?

Recently the Democratic House of Representatives has downplayed Rashida Talib’s most recent antisemitic remarks claiming they were mischaracterized by Republicans.

Then how they explain the fact that almost every Jewish organization is upset with Talib’s antisemitic remarks even though they know most Jews vote for Democrats? The Democratic leaders also know these Anti-Semites use their antisemitism to raise funds following their outrageous remarks.

Tlaib’s Morbid Fantasies of a “Safe Haven” For Jews 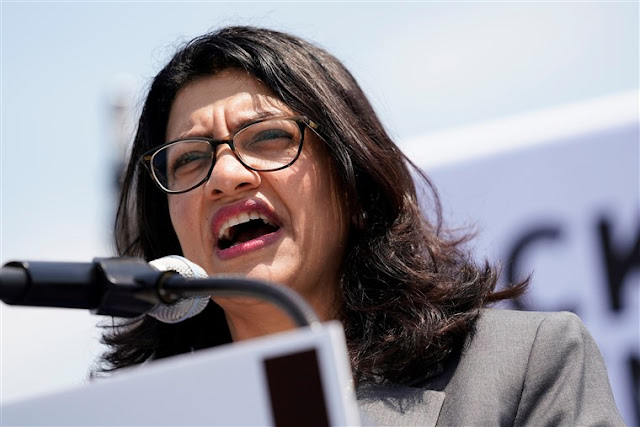 Palestinian-American Congresswoman Rashida Tlaib, D-Mich., is standing by her latest hate-filled statement, which is based on a monstrous falsehood.

She said that she has a “kind of calming feeling” when she thinks about the Holocaust because her Palestinian “ancestors” tried “to create a safe haven for Jews, post-the Holocaust, post-the tragedy and the horrific persecution of Jews across the world at that time.”

In the same interview by hosts Michael Isikoff and Daniel Klaidman, Rep. Tlaib complained, according to her one-sided Palestinian victimhood narrative, “that it was my ancestors, Palestinians, who lost their land and some lost their lives, their livelihood, their human dignity, their existence in many ways…”

Rep. Tlaib’s Palestinian “ancestors” were in fact amongst the enthusiastic boosters of the Nazi genocide machine during World War II.

Palestinian leaders sought to carry on the plan to exterminate as many of the Jews as possible who had managed to escape the Holocaust and reach the Holy Land following the war.

Instead of accepting the original two-state solution proposed by the United Nations more than seven decades ago under which the Palestinians could have been living in their own independent state all this time, their leadership rejected the idea of a Jewish state existing side by side in peace with a Palestinian state.

President Trump correctly admonished Rep. Tlaib, tweeting “Democrat Rep. Tlaib is being slammed for her horrible and highly insensitive statement on the Holocaust. She obviously has tremendous hatred of Israel and the Jewish people.”

Bernie Sanders rushed to her defense. Senator Sanders tweeted that President Trump should apologize for “taking Rep. @RashidaTlaib’s comments out of context.” This is the same man who said the Boston Marathon terrorist bomber should have the “right” to vote from jail.

https://drrichswier.com/2019/05/15/democrats-are-allowing-rashida-talibs-anti-semitism-to-become-public-policy/
Posted by Frances Rice at 9:09 AM