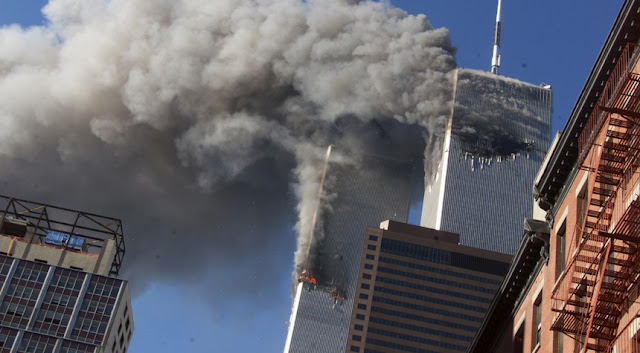 All the progress made by President Trump in the War on Terror seems to have been magically erased by Joe Biden, as the Department of Homeland Security issued a new terrorist threat alert on Friday, reports the Washington Times. According to the report, DHS has detected “signs of life in al Qaeda ahead of the 20th anniversary of the 2001 terror attacks.”

“The signs of life included the Islamist terrorist organization issuing its first new magazine in more than four years,” reads the report. “Homeland Security also reiterated its warnings over dangers stemming from what it has come to call racially or ethnically motivated violent extremists. It said that ‘increased societal strains’ during the coronavirus pandemic may spur greater violence from those elements.”

Of course, Biden’s Department of Homeland Security won’t link these signs of life to the Taliban’s nearly complete takeover of Afghanistan, thanks to Biden’s withdrawal. Nope. COVID! Blame COVID! Joe Biden even recently said he does not regret his decision to withdraw from Afghanistan.

“The reopening of institutions, including schools, as well as several dates of religious significance over the next few months, could also provide increased targets of opportunity for violence though there are currently no credible or imminent threats identified to these locations,” DHS says.

Honestly, it’s amazing that Joe Biden’s Department of Homeland Security even cares. For months now, domestic “radical right-wing extremists” have appeared to be a bigger concern to them than Islamic terrorism. Yet, from where I sit, while the Biden administration has been focusing on throwing the book at anyone remotely connected to the January 6 Capitol riot, Islamic terrorists abroad have seized on the declining situation in Afghanistan, and they are taking full advantage of Biden’s planned withdrawal to come back stronger than ever.

But hey, there are a few conservative grannies who need to be put behind bars, so… priorities, right?

In the almost twenty years since the 9/11 terror attacks, we’ve had a wide range of success and failure, and between Obama’s presidency and now Biden’s, they seem desperate to snatch defeat from the jaws of victory.

Obama Created ISIS. What Will Biden’s Incompetence Create in Afghanistan?