TRAGEDY: Biden breaks promise to 'stay' in Afghanistan until every American evacuated 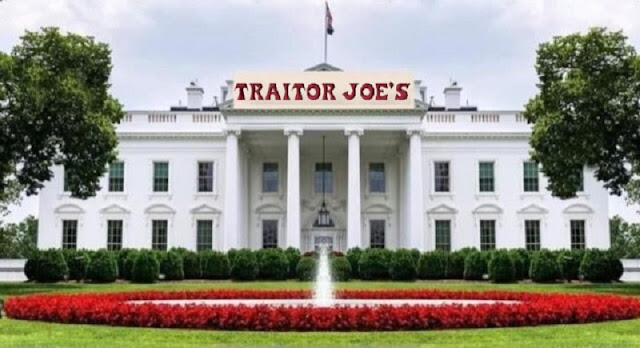 Biden promised in interview: 'If there's American citizens left, we're gonna stay to get them all out'

President Biden appears to have broken his promise to stay in Afghanistan until every American is evacuated.

Marine Corps Gen. Kenneth F. McKenzie Jr. announced Monday evening that the last of the U.S. troops stationed at the Kabul airport had left, completing the military’s drawdown in the country, even though hundreds of Americans likely remain.

McKenzie, commander of U.S. Central Command, said some American citizens who wanted to leave Afghanistan remained in the country.

"We did not get everybody out that we wanted to get out," he said.

President Biden told ABC News' George Stephanopoulos during an interview on Aug. 18 that the U.S. military objective in Afghanistan was to get "everyone" out, including Americans and Afghan allies and their families.

"That's what we're doing now, that's the path we're on. And I think we'll get there," he said. "If there's American citizens left, we're gonna stay to get them all out."

A senior State Department official told Fox News on Monday that there remained a "small number" of Americans inside Afghanistan.

That official put the number of Americans at "below 250," adding that some additional Americans have departed Afghanistan in recent hours. The official added that the State Department also was committed to evacuating "those who worked with us," referring to Afghan "partners."

The announced end of the withdrawal came less than a day before the official deadline agreed to by the Taliban, which was 3:29 p.m. ET Tuesday – 11:59 p.m. local time in Kabul, U.S. defense officials told Fox News.

The Taliban have said they will allow normal travel after the U.S. withdrawal, once they assume control of the airport.

By Jordan Davidson | The Federalist 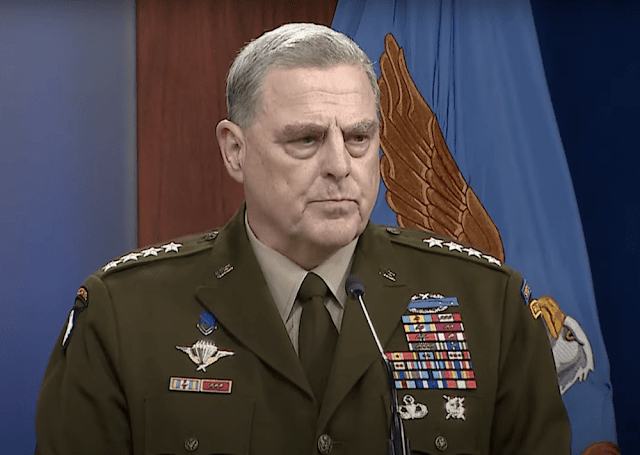 Nearly 90 retired U.S. generals and admirals penned an open letter asking Secretary of Defense Lloyd Austin and the Chairman of the Joint Chiefs of Staff General Mark Milley to resign from their positions following their “negligence in performing their duties primarily involving events surrounding the disastrous withdrawal from Afghanistan.”

“As principal military advisors to the CINC [Commander-in-Chief]/President, the SECDEF and CJCS should have recommended against this dangerous withdrawal in the strongest possible terms,” the letter states. “If they did not do everything within their authority to stop the hasty withdrawal, they should resign. Conversely, if they did do everything within their ability to persuade the CINC/President to not hastily exit the country without ensuring the safety of our citizens and Afghans loyal to America, then they should have resigned in protest as a matter of conscience and public statement.”

This “hasty retreat,” the letter continues, not only left thousands of vulnerable Americans and Afghan allies stranded at the hands of the Taliban but also contributed to the “catastrophic” loss of “billions of dollars in advanced military equipment and supplies falling into the hands of our enemies.”

“The consequences of this disaster are enormous and will reverberate for decades beginning with the safety of Americans and Afghans who are unable to move safely to evacuation points; therefore, being de facto hostages of the Taliban at this time. The death and torture of Afghans has already begun and will result in a human tragedy of major proportions,” the letter says. “The damage to the reputation of the United States is indescribable. We are now seen, and will be seen for many years, as an unreliable partner in any multinational agreement or operation. Trust in the United States is irreparably damaged.”

This damaged trust, the retired generals and admirals argue, gives confidence to U.S. enemies who “are emboldened to move against America due to the weakness displayed in Afghanistan.”

“China benefits the most followed by Russia, Pakistan, Iran, North Korea and others. Terrorists around the world are emboldened and able to pass freely into our country through our open border with Mexico,” the letter states.

The letter also points out how military leadership’s focus on “wokeness” is hurting the viability of U.S. troops and the military as an institution.

“In interviews, congressional testimony, and public statements it has become clear that top leaders in our military are placing mandatory emphasis on PC ‘wokeness’ related training which is extremely divisive and harmful to unit cohesion, readiness, and war fighting capability,” the letter says. “Our military exists to fight and win our Nation’s wars and that must be the sole focus of our top military leaders.”

“For these reasons we call on the SECDEF Austin and the CJCS General Milley to resign,” it concludes. “A fundamental principle in the military is holding those in charge responsible and accountable for their actions or inactions. There must be accountability at all levels for this tragic and avoidable debacle.”

“Simply stated, the letter is all about accountability. One of the things that makes our great military unique as an institution is the fundamental principle of holding each other accountable for our actions, or inactions. Regarding the tragic and avoidable situation in Afghanistan, accountability begins at the top of the chain,” Retired Maj. Gen. Joe Arbuckle told The Federalist in a statement.

Over the last week, multiple GOP lawmakers called on President Joe Biden to resign for “dereliction of duty that has left Americans dead at the hands of terrorists.”

Jordan Davidson is a staff writer at The Federalist. She graduated from Baylor University where she majored in political science and minored in journalism.