Obama Knows Masking Is for Peasants 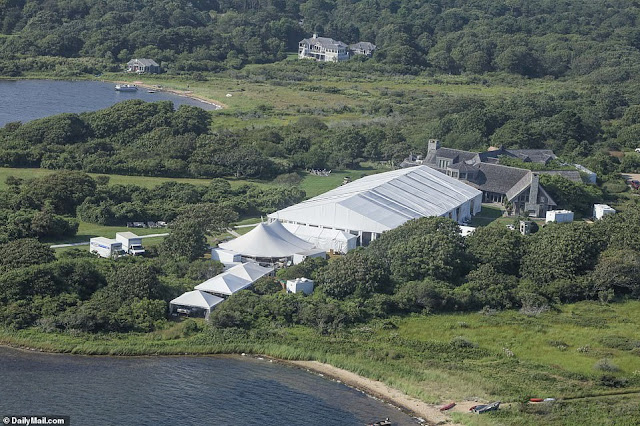 The virus bows to his glory

First Barack Obama told us he was throwing a huge party for his 60th birthday. Then, when everybody freaked out because we’re supposed to be scared of this week’s “variant,” Obama told us he was scaling back his birthday party. And now, as is usually the case with Obama, it turns out he lied to the world and just went ahead and did whatever he wanted to do in the first place.

A performer at former President Barack Obama’s birthday party managed to take stealth pictures of the opulent Martha’s Vineyard event and share them with Instagram followers.

By 1 a.m., the “scaled-down” shindig had officially petered out, as throngs of famous guests and workers clogged the roads of small-town Oak Bluffs, creating a “s–t show” of traffic congestion on the resort island, police said.

Now, I don’t begrudge Obama his wealth. If people want to throw their money at him, that’s fine. He’s paid what the market will bear. Okay, sure, this is the guy who once said, “I do think at a certain point you’ve made enough money”:

But clearly, Obama himself hasn’t reached that “certain point.” It’s only greed when it’s the other guy. So if he wants to throw a huge birthday bash at his huge estate with a huge group of “friends,” big deal. He can spend his massive wealth however he wants, and the more brazenly hypocritical he is, the funnier it is.

The problem is that he’s doing this while the rest of us are being told to wear masks everywhere we go, even if we’re vaccinated. We’re being threatened with yet more shutdowns, we’re being shamed if we gather in numbers, and we’re being prevented from seeing our loved ones overseas. Once again, our moral, ethical, and intellectual betters are scolding us to put aside our own desires and comfort, not to mention logic and common sense, for the “greater good.”

As the great Midnight Mitch notes: 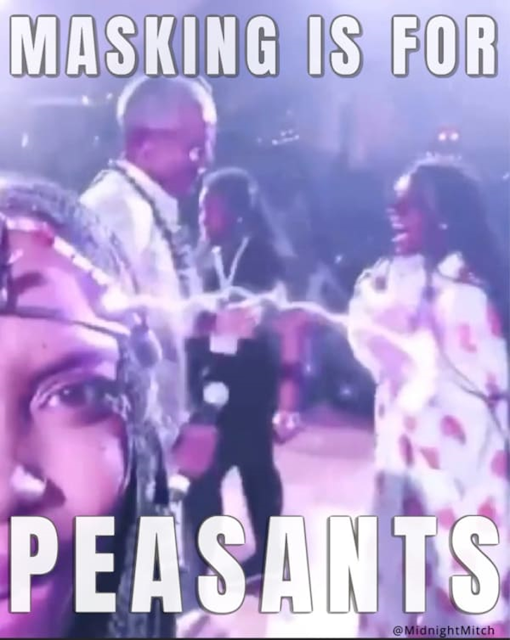 Here’s Obama dancing maskless with hundreds of his birthday party attendees last night. But, remember, it’s not safe for your kids to go to school without wearing masks. All of this is total and complete bullshit: https://t.co/QGxov4ZJrC

Does Barack Obama look too concerned about the “greater good” there?

I wouldn’t be surprised if Obama did all that just to give Biden some more headaches. As Kyle Smith at NRO notes, Biden gave a very lame excuse for not attending, and Obama has said some really mean things about Biden over the years. I wouldn’t want that old coot around either. Who needs an octogenarian creep wandering around groping all the women and sniffing all the little girls’ hair?

Democrats don’t need masks because they’re better than you. They can party all they want, and Fauci has nothing to say about it because they’re his comrades. But as for the rest of us:

Dr. Fauci chastises those attending the Sturgis Motorcycle Rally: You’re going to get to do that in the future, but let's get this pandemic under control before we start acting like nothing is going on." 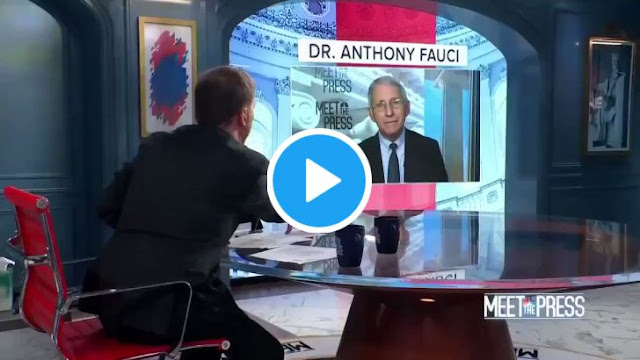 If the Sturgis Rally wasn’t a superspreader event last year, before the vaccine, why are we supposed to assume this one will be? Fauci just loves being on camera and saying any old $#!+.

I really don’t like the Obamas, but they should be able to party however they want, with whomever they want. And so should the rest of us. If you don’t like it, go Fauci yourself.

EXCLUSIVE: Scaled back? Not so much! Obama's 60th birthday bash looks anything but intimate as massive tents dwarf the mansion and John Legend, Chrissy Teigen, Dwyane Wade and Gabrielle Union arrive on Martha's Vineyard ahead of the celebration 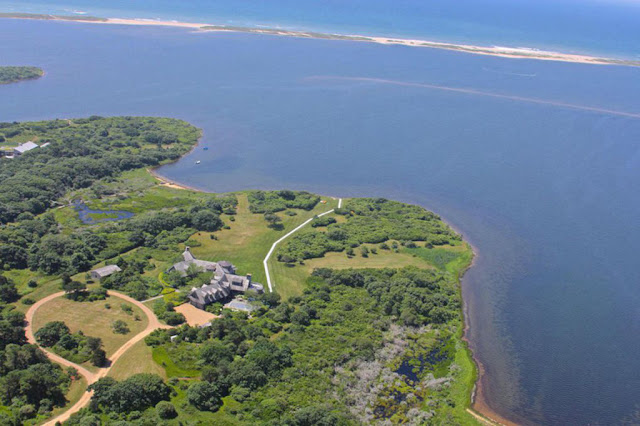 An aerial shot of the Obama's Martha Vineyard estate. - Realtor.com 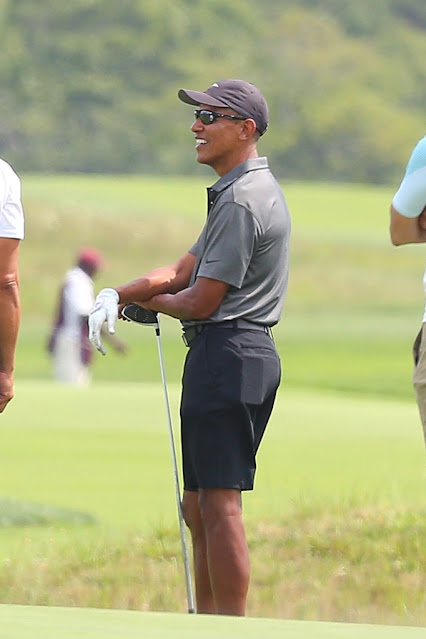 A performer at former President Barack Obama’s birthday party managed to take stealth pictures of the opulent Martha’s Vineyard event and share them with Instagram followers. 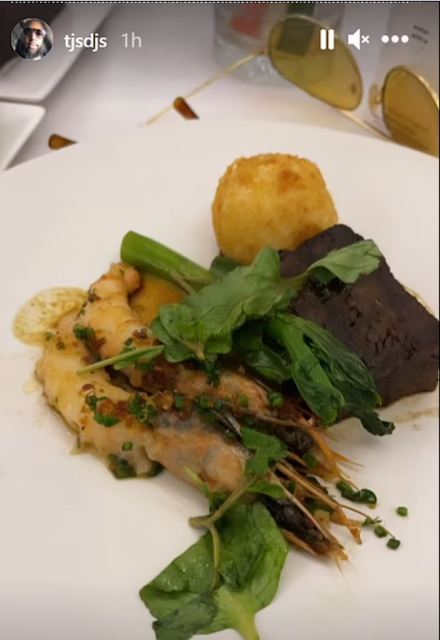 Rapper Trap Beckham and manager TJ Chapman discreetly snapped pics of the event’s high-end food, drink and swag offerings and talked to their followers as the party unfolded, according to screenshots of the posts, which were later deleted under the event’s photography ban.

The recording artist and his handler posted themselves smoking cannabis — which is legal in Massachusetts.

Snaps of the open bar showed bottles of top-shelf liquor and cigars, and s’mores cocktails garnished with melted marshmallows.

Despite Questlove being enlisted to coordinate a meat-free menu, photos showed that steak, chicken and shrimp were also available, with rice, greens and potatoes on the side

Brownies and watermelon slices were served to staff and performers for dessert, along with Mexican hot chocolate, which the musician and manager apparently washed down with Hennessy, screenshots of the social media posts show.

Gold napkins, masks and backstage passes were emblazoned with 44X60, a reference to the 44th president’s 60th birthday, and bathroom amenities included antiperspirant wipes, a lint roller and Advil, according to the pictures.

Beckham, who reportedly performed a version of his hit “Birthday B—h” for the prez — who was also sung to by Alicia Keys and John Legend — later posted about the party.

“Had to delete everything due to the rules,” Beckham reportedly explained. “It was epic for sure. If any videos surface it’s going viral. He danced the whole time. Nobody ever seen Obama like this before.”

By 1 a.m., the “scaled-down” shindig had officially petered out, as throngs of famous guests and workers clogged the roads of small-town Oak Bluffs, creating a “s–t show” of traffic congestion on the resort island, police said.