By Samantha Chang | The Western Journal 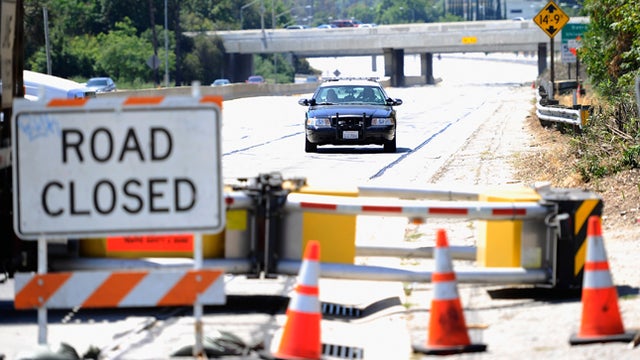 Shockingly, the bill passed the GOP-controlled Senate on Tuesday with 19 Republicans — including Senate Minority Leader Mitch McConnell of Kentucky — joining all the Democrats to advance “equity and racial justice” in the restoration of America’s highways, roads, bridges, railways, waterways and public transportation systems.

So the next time you drive on a local street, you should be aware that the contractors who fixed the pothole probably weren’t selected because they were the most qualified, but because they were ethnic minorities or female.

Why? It’s because President Joe Biden’s “infrastructure” legislation made explicit provisions requiring that federal contracts be awarded using affirmative-action policies that prioritize a candidate’s skin color over his or her qualifications.

“Contractors and subcontractors get priority only if they’re owned by minorities or women,” the New York Post’s Betsy McCaughey noted Wednesday in a scathing column. “White male business owners can take a hike.”

McCaughey, who was the lieutenant governor of New York from 1995 to 1998, decried the Democrats’ infrastructure legislation, saying it “discriminates against white people at every turn.”

This isn’t surprising because Biden explicitly stated that “equity and racial justice” underpin the infrastructure package and is a recurring theme throughout the 2,700-page bill.

“The Bipartisan Infrastructure Investment and Jobs Act addresses economic disparities in our economy and the consequences of decades of disinvestment in America’s infrastructure that have fallen most heavily on communities of color,” a White House “fact sheet” said of the bill.

Biden’s infrastructure bill will make sure that “communities of color” get increased access “to good-paying jobs, affordable high-speed internet, reliable public transit, clean drinking water and other resources. These critical investments are first steps in advancing equity and racial justice throughout our economy.”

Do you think "racial justice" should be addressed in infrastructure legislation?

Completing this poll entitles you to The Western Journal news updates free of charge. You may opt out at anytime. You also agree to our Privacy Policy and Terms of Use.

In other words, the president and his party are opportunistically using America’s roads, subways and bridges as vehicles for “racial justice” in a massive taxpayer-funded spending bill that marginalizes white people and prioritizes minorities.

Some potholes and roads might get fixed. But more importantly, according to Biden, billions of taxpayer dollars will be spent to ensure that “communities of color” get “reliable high-speed internet with an historic investment in broadband infrastructure deployment.”

Along the way, Biden promises to increase the awarding of federal contracts to minority-owned businesses “by 50 percent over the next five years.” In other words, government contracts will no longer be awarded on the basis of qualifications and price but on an applicant’s skin color.

Again, this anti-white discrimination isn’t surprising, because it’s a pattern with this administration.

Earlier this year, Biden tried to ram through a $4 billion program that bailed out minority farmers but excluded white farmers — regardless of financial need. That meant that a black farmer who didn’t need the money would get bailed out, while a white farmer who was struggling would get no federal aid.

Naturally, Biden tried to sneak this provision into his coronavirus relief bill, even though bailing out black farmers does nothing to combat the pandemic. Fortunately, a federal judge blocked the program, saying it was discriminatory and racist.

The legislation also calls for investing billions to protect minority neighborhoods from floods and wildfires by “elevating buildings, roads, and bridges, hardening physical infrastructure, and winterizing the power grid.”

Meanwhile, white neighborhoods can fend for themselves.

As the Post’s McCaughey pointed out, “there are plenty of poor white people in this country, too, and poor, predominantly white communities that could benefit from a bold federal infrastructure initiative. … Under the guise of upgrading the nation, the bill unfairly treats whites like second-class citizens.”

Biden’s overtly racist attempt to infuse “equity” into every policy decision he makes will have catastrophic consequences. This is what happened in South Africa.

South African author Rian Malan — a white journalist who fought against apartheid — said the U.S. will crater into the same anarchy and poverty that afflict his homeland if it keeps caving to toxic wokeness.

He said the crumbling began when South Africa replaced meritocracy with affirmative action and bent over backward to cater to its black population to make amends for apartheid.

“Tendering for government business became increasingly pointless, because contracts were invariably awarded to black-owned firms, even if their prices were double, triple or tenfold,” Malan wrote.

For years, South African corporations hired and promoted black employees “whether or not they brought anything to the table besides black skin,” Malan wrote.

He added: “Firms were also required to meet racial quotas in hiring and ensure that management was racially representative, meaning roughly 88 percent black.”

This eradication of standards in the name of achieving “equity” destroyed South Africa’s economy and led to the total breakdown of society, Malan said.

“Investment dried up. Brains drained,” he wrote. “The economy stagnated, causing unemployment to surge to 11.4 million today, from 3.3 million in 1994.

“The upshot: utter misery for the underclass, doomed to sit in tin shacks, half-starved, watching the black elite grow fat on the pickings of equity laws and rampant corruption.”

This is the road the United States is heading down if we don’t wake up and start putting the best interests of the country first instead of virtue-signaling ourselves into ruin.

Demonizing white people and disempowering black people by encouraging them to view themselves as “oppressed victims” will only result in more racial division and societal chaos.