BY JOHN SOLOMON AND ALISON SPANN | The Hill 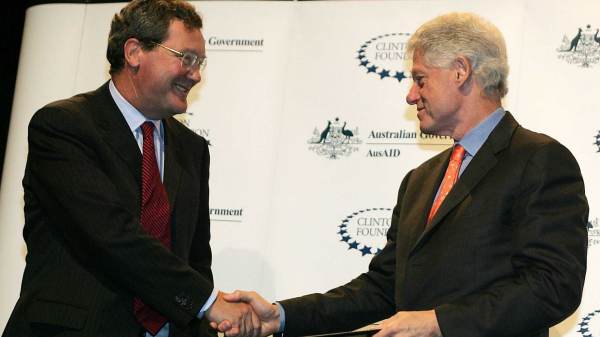 The Australian diplomat whose tip in 2016 prompted the Russia-Trump investigation previously arranged one of the largest foreign donations to Bill and Hillary Clinton’s charitable efforts, documents show.

Former Australian Foreign Minister Alexander Downer’s role in securing $25 million in aid from his country to help the Clinton Foundation fight AIDS is chronicled in decade-old government memos archived on the Australian foreign ministry’s website.
Downer and former President Clinton jointly signed a Memorandum of Understanding in February 2006 that spread out the grant money over four years for a project to provide screening and drug treatment to AIDS patients in Asia.

The money was initially allocated to the Clinton Foundation but later was routed through an affiliate of the charity known as the Clinton Health Access Initiative (CHAI), officials said. Australia was one of four foreign governments to donate more than $25 million to CHAI, records show.

In the years that followed, the project won praise for helping thousands of HIV-infected patients in Papua New Guinea, Vietnam, China and Indonesia, but also garnered criticism from auditors about “management weaknesses” and inadequate budget oversight, the memos show.

Downer, now Australia’s ambassador to London, provided the account of a conversation with Trump campaign adviser George Papadopoulos at a London bar in 2016 that became the official reason the FBI opened the Russia counterintelligence probe.

But lawmakers say the FBI didn’t tell Congress about Downer’s prior connection to the Clinton Foundation.

Republicans say they are concerned the new information means nearly all of the early evidence the FBI used to justify its election-year probe of Trump came from sources supportive of the Clintons, including the controversial Steele dossier.

“The Clintons’ tentacles go everywhere. So, that’s why it’s important,” said Rep. Jim Jordan (R-Ohio) chairman of a House Oversight and Government Reform subcommittee that has been taking an increasingly visible role defending the Trump administration in the Russia probe. “We continue to get new information every week it seems that sort of underscores the fact that the FBI hasn’t been square with us.”

The Australian Foreign Ministry says the Clinton grant was handled like all its other $2 billion annual foreign aid awards, and it ultimately helped thousands in Asia gain access to antiretroviral AIDS medications.

Democrats accuse the GOP of overreaching, saying Downer’s role in trying to help the Clinton Foundation fight AIDS shouldn’t be used to question his assistance to the FBI.

“The effort to attack the FBI and DOJ as a way of defending the President continues,” said Rep. Adam Schiff (D-Calif.), the top Democrat on the House Intelligence panel. “Not content to disparage our British allies and one of their former intelligence officers, the majority now seeks to defame our Australian partners as a way of undermining the Russia probe. It will not succeed, but may do lasting damage to our institutions and allies in the process.”
Nick Merrill, Hillary Clinton’s spokesman, said any effort to connect the 2006 grant with the current Russia investigation was “laughable.”

Craig Minassian, a spokesman for the Bill, Hillary and Chelsea Clinton Foundation, said the focus should be on the foundation’s success helping tens of thousands of AIDS patients. 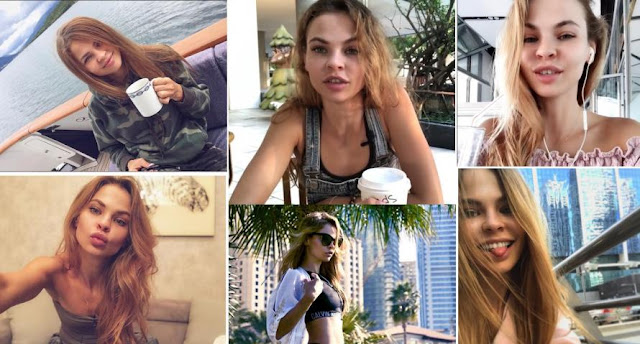 CNN is dispatching reporters around the world to help dig up clues and finally get to the bottom of the Trump campaign’s Russia ties.

Last month the network infamously sent a reporter to St. Petersburg, where he literally dug around a dumpster looking for leads.

Today CNN sent a reporter to Bangkok to speak with a prostitute who claims to have the goods on the Trump camp's alleged collusion with Russia. The woman, Anastasia Vashukevich, who is also a self-described “sex coach,” is currently imprisoned, and hopes that America will offer her asylum in exchange for her story.

CNN apparently found this tale credible enough to send a reporter to cover.

CNN’s Ivan Watson met with the woman and reports: “She described herself as a seductress. This woman claims to have evidence of Russian meddling in the U.S. election. The question, is this a desperate ploy to get out of jail, or as her friend claims, is this young woman truly in danger because she knows too much?”

Vashukevich is presently imprisoned in Bangkok after being accused of plying her trade without a permit.

"For days several Russian friends have been held at this jail in the capital of Thailand where visitors are not allowed to bring cameras," Watson continued in his report. "I came out of this detention center. It was loud and hot and chaotic and talking through the bars she says she witnessed meetings between the Russian billionaire and three Americans who she refused to name. He claims they discussed plans to effect the U.S. elections but she wouldn’t give any further information because she fears she could be deported back to Russia."

CNN hyped her possible credibility in noting that she was once photographed with a Russian billionaire, Oleg Deripaska, whom Paul Manafort was associated. Deripaska said she's not his mistress and she's simply trying to use him to get out of jail.

If American authorities are uninterested in her tales of Trump/Russia collusion, Vashukevich also claims to have tapes she made documenting Russian government crimes.

CNN, we can be sure, will remain on this story. 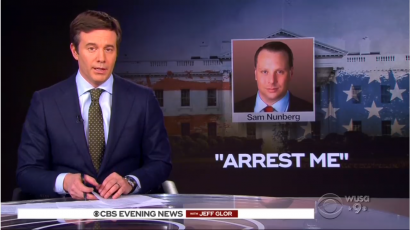 Monday was marked by the rolling train wreck that was former Trump campaign aide Sam Nunberg’s seemingly non-stop appearances on cable news shows taunting Special Counsel Robert Mueller for subpoenaing him. [Editor's Note: Nunberg has since declared that he will talk to Mueller.]

During his wild interviews (which lasted from mid-afternoon into the night), Nunberg made numerous suggestions that federal investigators may have some kind of case against President Trump. And that was all the liberal network news outlets needed to run with it.

Both CBS Evening News and ABC’s World News Tonight kicked off their programs with the jaw-dropping spectacle. On CBS, anchor Jeff Glor even announced that they were pushing back another big story so they could get to Nunberg first:

Good evening. Frightening pictures you saw in our headlines of that scare in the air. We will have that story in just a few minutes. But we begin here tonight with a wild series of statements from a man under subpoena in the investigation of Russian meddling. Former Trump campaign aide Sam Nunberg said today he will not comply with the special counsel and dared Robert Mueller to have him arrested.

“The former Trump campaign aide believes investigators have evidence that the Trump campaign may have colluded with the Russians, but Nunberg refuses to appear before a federal grand jury,” hyped CBS Justice reporter Paula Reid.

She also played audio of Nunberg suggesting “Trump may have very well done something during the election with the Russians.”

ABC anchor David Muir wasted little time in getting to the sensationalist nature of the report:

Sam Nunberg today on live TV saying he will burn the grand jury subpoena he received from Mueller, rather than turn over the documents he has demanded, saying, “let him arrest me.” But Nunberg then went on to make those bold suggestions about his former boss. What he says Donald Trump allegedly knew.

The network’s Chief Justice Correspondent Pierre Thomas also hyped Nunberg’s “stunning suggestion” about Trump and collusion. “Nunberg suggesting on yet another cable show that he believes the President knew about the Trump Tower meeting with the Russians,” the ABC reporter added before playing a clip of his phone interview on CNN’s The Lead with Jake Tapper.

Meanwhile, on NBC Nightly News, anchor Lester Holt described the off the wall interviews and phone calls as “a fascinating twist in the Russia investigation.”

According to a piece published by the left-leaning Daily Beast before the networks went live, close friends of Nunberg were worried for him and were afraid he had been “drinking again.”

After the networks had wrapped up in the Eastern and Central time zones, CNN’s Erin Burnett confronted him while he was on her show and said she could smell alcohol on his breath.

Nunberg had a rough time when he was on the Trump campaign, including claims that Corey Lewandowski had it out for him prior to being fired for racist Facebook posts.

Clearly, Nunberg was bitter and held a ton of resentment towards the President.

But it was a wild show that the nets couldn’t ignore, especially since it involved sliming Trump.