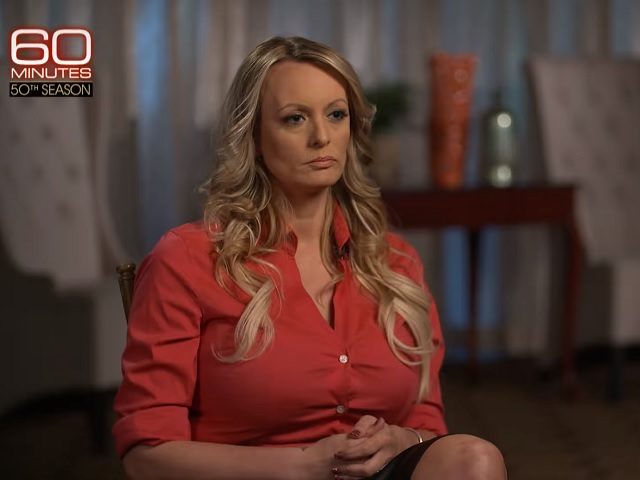 Top Democratic strategists reportedly want the party to double down on President Donald Trump’s alleged affairs with Stormy Daniels and Karen McDougal going into the 2018 midterms.
One top Democratic strategist told The Hill that playing up Trump’s affairs “will help rev up our base.” Jim Manley, who was former Senate Majority Leader Harry Reid’s top strategist, told the outlet that Democrats “shouldn’t shy away from raising this issue to the extent they’re comfortable because it comes down to a question of credibility.”

“This is consuming the cable networks right now. It’s all people are talking about. Why shouldn’t we add this to the arsenal and make voters realize you can’t trust someone who is involved in any of these matters?” he reportedly said.
Another top Democratic strategist told The Hill that Democrats should play up Karen McDougal’s and Stormy Daniels’s interviews in which they said they had affairs with Trump because “even a small drop in evangelical support for Republicans would be devastating.”
“You want to dampen Republican enthusiasm. We should take a lesson from the Republican playbook and let an ‘all of the above’ strategy take hold from different messengers across different targeted platforms,” the strategist reportedly added.
Trump’s approval ratings have actually risen since Daniels and McDougal started going public and cable networks like CNN started their wall-to-wall coverage of all things Stormy and Karen.

And a Morning Consult report found that Trump has not really lost support from evangelical voters, 80 percent of whom voted for Trump in 2016.

In addition, a 2016 Public Religion Research Institute poll taken after the Access Hollywood tape was released found 72% of white evangelicals believe that  “an elected official who commits an immoral act in their personal life can still behave ethically in their professional life, a stunning 42-point jump in their opinion on this issue since 2011.”

Another Morning Consult poll this week found that nearly half of those surveyed said Trump’s affair with Daniels “doesn’t change how they view Trump,” up from nearly 40 percent who thought the same a month ago.

Legacy media reporters and Democrats have been gushing over the record ratings that 60 Minutes got for its Stormy Daniels interview in which she described spanking Trump with a Forbes magazine that had him on the cover and alleged that someone threatened her in a parking lot to keep silent about her affair.

But they have conveniently left out the fact that60 Minutes also lucked out by getting a phenomenal lead-in.

60 Minutes aired after much of the nation was transfixed by two of college basketball’s most blue-blooded teams (Duke and Kansas) who played an epic overtime thriller that determined the last Final Four spot in this year’s college basketball tournament.

CBS could not have orchestrated a better lead-in, as many viewers, including plenty of sports fans on the east coast who may not normally watch the news program, just left their televisions on for the Daniels interview after Kansas defeated Duke, arguably the most polarizing team in the sport that draws plenty of eyeballs.

Though top Democratic strategists want the party to play up Trump’s alleged affairs, House Minority Leader Nancy Pelosi (D-CA), who most likely has the most to gain from this year’s midterm elections, is reportedly not too enthusiastic about making 2018 all about Stormy and Karen.
“I don’t know that we necessarily have to get involved in any of that,” Pelosi reportedly told reporters last week.
http://www.breitbart.com/big-government/2018/03/28/2018-top-dem-strategists-want-party-to-double-down-on-stormy-daniels/
_________________________

North Korea’s Kim Jong Un to meet with South Korean president at border
North Korea's Kim Jung Un will meet next month with South Korean President Moon Jae-in at a border village in a high-profile meeting that could prove significant in global efforts to resolve a decades-long standoff over Pyongyang's nuclear program.
The announcement was made after officials met at the border village of Panmunjom. The Koreas plan to hold another preparatory meeting on April 4 to discuss protocol, security and media coverage issues during the April 27 meeting, according to a joint statement released by the countries.
Few other details were released. 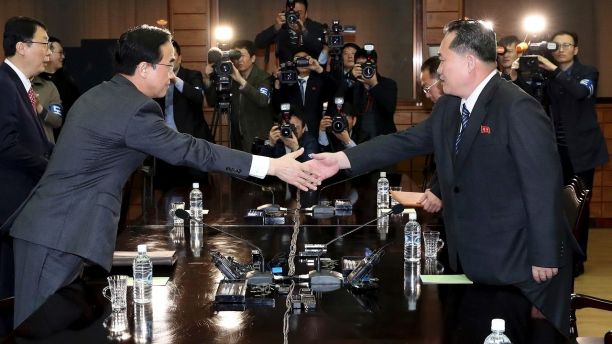 March 29: South Korean Unification Minister Cho Myoung-gyon, left, shakes hands with North Korean delegation head Ri Son Gwon before their meeting at the northern side of the Panmunjom, North Korea.  (Korea Pool via AP)
The leaders of the two Koreas have held talks only twice since the 1950-53 Korean War, in 2000 and 2007, under previous liberal governments in Seoul.
A top South Korean official told reporters that setting up dialogue to eliminate Kim's nuclear weapons program would be a critical point of the meeting.
Ri Son Gwon, chairman of a state agency that deals with inter-Korean affairs, led the North’s three delegates, saying the past 80 days have been filled with "unprecedented historic events between the rivals,” referring to the Korea’s renewed talks before the Winter Olympics and the agreement on the summit.
He also expressed hopes for an outcome that would meet the "hope and desire of the nation."
Thursday’s announcement comes after a surprise meeting between Kim Jong Un and Chinese President Xi Jinping this week, which goal appeared to seek improving relations ahead of the North’s planned talks with Moon and President Donald Trump.
In setting up separate talks with Beijing, Seoul, Washington, and potentially with Moscow and Tokyo, North Korea may be moving to disrupt any united front among its negotiating counterparts. By reintroducing China, which is the North's only major ally, as a major player, North Korea also gains leverage against South Korea and the United States, analysts say.
Washington and Seoul have said Kim previously told South Korean envoys that he was willing to put his nukes up for negotiation in his talks with President Donald Trump. However, the North has yet to officially confirm its interest in a summit between Kim and Trump.
The Associated Press contributed to this report.
http://www.foxnews.com/world/2018/03/29/north-and-south-korea-to-hold-leaders-summit-april-27.html
Posted by Frances Rice at 9:14 AM