March for Our Lives: Gun control ideas sound good, but are deeply flawed and won't save lives 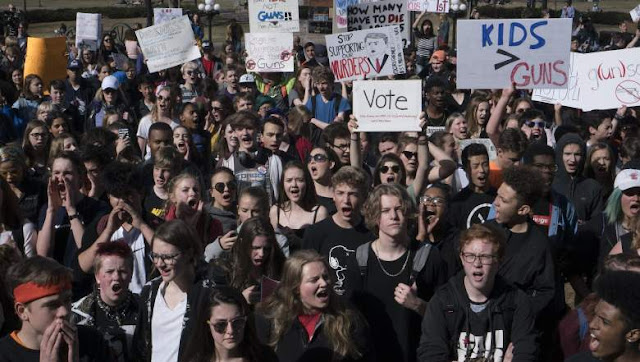 Young activists descend on DC for March for Our Lives

America continues to mourn the 17 people killed in a mass shooting at Marjory Stoneman Douglas High School in Florida last month. There is an understandable emotional desire to “do something” in response – but without evaluating what the “something” will actually accomplish. This is the driving force behind the March for Our Lives taking place Saturday in Washington.

The motivations of many people taking part in the Washington event and other demonstrations around the country are sincere. But before we “do something,” we need to stop and think: what is the most sensible thing we should do? What will actually save lives and make us safer?

Supporting gun control is now the “in thing.” Stars such as Taylor Swift and Miley Cyrus tweet their support. Time and Teen Vogue magazines run cover stories glorifying people working to put stricter controls on guns and ban some weapons. The New England Patriots used their team plane to fly students and families from Parkland, Florida, to Washington for Saturday’s gun control rally.

You would be unlikely to know it from the media coverage of the Washington demonstration, but only 47 percent of Americans between 13 and 17 believe that more gun control could reduce mass public shootings.

Britain’s Guardian newspaper asked students at Marjory Stoneman Douglas High School for their ideas on how to end violence. The ideas sound good at first glance and are certainly well-meaning. But in reality, the policies being proposed will either have no effect or even cause harm.

Here are four of those ideas, and a look at their actual impact:
1. Ban semi-automatic weapons that fire high-velocity rounds.

Gun control advocates say semi-automatic rifles are designed to kill people, not for hunting, target practice or self-protection. They say only members of our military need these guns.

But looks can be deceiving. An AR-15 rifle shoots the same bullets as a small game-hunting rifle. Both guns fire one bullet at a time, and with the same velocity. The guns merely look different on the outside. AR-15s may resemble military weapons but they aren’t the same weapons used by soldiers.

Semi-automatic rifles don’t just take lives, they also deter criminal attacks and save lives. In 95 percent of defensive gun uses, no shots are fired. But if you do have to open fire, having a semi-automatic weapon means that you won’t have to take the time to manually reload the gun. This additional time for the victim may make the difference between life and death.

Banning all semi-automatic guns would endanger lives. So gun control advocates find it easier just to call for bans on the more scary-looking guns.

Gun control advocates have long claimed that gun registration will help solve crimes. Their reasoning is straightforward: A registered gun left at a crime scene can be used to identify the criminal.

Unfortunately, it rarely works out this way. Criminals almost never leave behind guns that are registered to them. In the few cases where guns are left at the scene, it is because the criminals were killed or injured. And these guns are virtually never registered to the person who committed the crime. Many are stolen.

During a 2013 deposition, the Washington, D.C., police chief said that she could not “recall any specific instance where registration records were used to determine who committed a crime.”

When I testified before the Hawaii State Senate in 2000, the Honolulu chief of police also stated that he couldn’t find any crimes that had been solved due to registration and licensing.

The chief also said that his officers spent about 50,000 hours each year on registering and licensing guns. This time is being taken away from traditional, time-tested law enforcement activities.

Canada and other parts of the U.S. haven't had any better luck. TV shows depict gun registration as an effective crime-fighting tool, but this isn’t how things work in real life.

In addition, over the years from 2000 to 2015, states that had universal background checks had twice the rate of mass public shootings as those that didn’t have that law.

4. Raise the firearm purchase age to 21.

Let's not forget about the law-abiding young citizens who arm themselves for self-defense. What about the 20-year-old woman who is being stalked by a potential rapist or killer? Research shows that having a gun is by far the most effective way for young women to defend themselves.

Of the 64 U.S. mass public shootings since 1998, 10 attacks were carried out by people under age 21 – five by people who were already too young to legally purchase their guns and five where increasing the age limit could make a difference. Even in the five cases where raising the age limit might have conceivably had an impact, it is likely that the shooters could have illegally obtained a weapon, just as many other attackers do.

Prior to 1994, while some states had an age limit, there was no federal age requirement for buying a rifle. The only peer-reviewed study on this change was conducted by Thomas Marvell in the Journal of Law and Economics.

Marvell concluded: “Where the 1994 laws seem to have an impact, the suggestion is almost always that crime increases; thus, there is no evidence that these bans had their intended effect.” In fact, Marvell found that the law was associated with a 6 percent increase in firearm homicides.

So if the above ideas all have big problems, what can be done to more effectively protect children in school?

Having more armed law enforcement officers and security guards in schools would be useful – but only if governments came up with additional money so that no other school programs are cut.

Letting well-trained teachers and other school staff members carry concealed handguns if they wish is a much less expensive alternative. There are currently 18 states that have at least some schools where staff and teachers carry.

There have been no problems or increases in insurance premiums at the schools with armed staff members. “From what I’ve seen in Utah, (school insurance) rates have not gone up because of guns being allowed,” says Curt Oda, former president of the Utah Association of Independent Insurance Agents. Nor has a survey of other states shown any increase in insurance costs.

Armed school staff would be a final line of defense against school shooters. Importantly, they would also be a deterrent. They wouldn’t stop every school shooting, but they would most certainly save lives.

Here’s the bottom line: We all want to save lives, but being well-meaning isn’t enough. The media’s one-sided coverage of the gun control debate gives the false impression that  only one side cares about saving lives and that virtually everyone agrees that the solution to gun violence is the strictest gun controls possible.

Some have even called for banning all guns and eliminating people’s ability to defend their families and themselves. That would be a truly radical and extremely unwise step.

Too much is at stake for politically correct decisions that sound good but are not sound policy.

John R. Lott, Jr. is a columnist for FoxNews.com. He is an economist and was formerly chief economist at the United States Sentencing Commission. Lott is also a leading expert on guns and op-eds on that issue are done in conjunction with the Crime Prevention Research Center. He is the author of nine books including "More Guns, Less Crime." His latest book is "The War on Guns: Arming Yourself Against Gun Control Lies (August 1, 2016). Follow him on Twitter @johnrlottjr.

The Real Reason We Have Mass Shootings 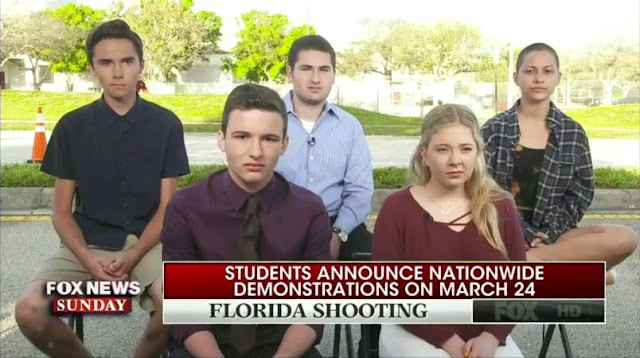 One of the unavoidable tragedies of youth is the temptation to think that what is seen today has always been. Nowhere is this more noticeable than in our responses to the recent Parkland, Florida, massacre.

Part of the responses to those murders are calls to raise the age to purchase a gun and to have more thorough background checks—in a word, to make gun purchases more difficult. That’s a vision that sees easy gun availability as the problem; thus, the solution is to reduce that availability.

The vision that sees “easy” availability as the problem ignores the fact of U.S. history that guns were far more available yesteryear. With truly easy gun availability, there was nowhere near the gun mayhem and murder that we see today.

I’m tempted to ask those who believe that guns are today’s problem whether they think that guns were nicer yesteryear.

Americans need an alternative to the mainstream media. But this can't be done alone.

What about the calls for bans on the AR-15 so-called assault rifle? It turns out that, according to 2016 FBI statistics, rifles accounted for 368 of the 17,250 homicides in the U.S. that year. That means restrictions on the purchase of rifles would do little or nothing for the homicide rate.

Leaders of the gun control movement know this. Their calls for more restrictive gun laws are part of a larger strategy to outlaw gun ownership.

Gun ownership is not our problem. Our problem is a widespread decline in moral values that has nothing to do with guns. That decline includes disrespect for those in authority, disrespect for oneself, little accountability for anti-social behavior, and a scuttling of religious teachings that reinforced moral values.

Let’s examine elements of this decline.

During my primary and secondary schooling, from 1942 to 1954, the only time one saw a policeman in school was during an assembly period where we had to listen to a boring lecture on safety. Our ancestors also wouldn’t believe that we’re now debating whether teachers should be armed.

There are other forms of behavior that would have been deemed grossly immoral yesteryear. There are companies such as National Debt Relief, CuraDebt, and LendingTree, which advertise that they will help you to avoid paying all the money you owe. So after you and a seller agree to terms of a sale, if you fail to live up to your half of the bargain, there are companies that will assist you in ripping off the seller.

There are companies that counsel senior citizens on how to shelter their assets from nursing home care costs. For example, a surviving spouse may own a completely paid-for home that’s worth $500,000. The costs of nursing home care might run $50,000 a year.

By selling her house, she could pay the nursing home costs, but her children wouldn’t inherit the house. There are firms that come in to shelter her assets so that she can bequeath her home to her heirs and leave taxpayers to foot the nursing home bill.

In my book, that’s immoral, but it is so common that most of us give it no thought.

There is one moral failing that is devastating to the future of our nation. That failing, which has wide acceptance by the American people, is the idea that Congress has the authority to forcibly use one American to serve the purposes of another American. That is nothing less than legalized theft and accounts for roughly three-quarters of federal spending.